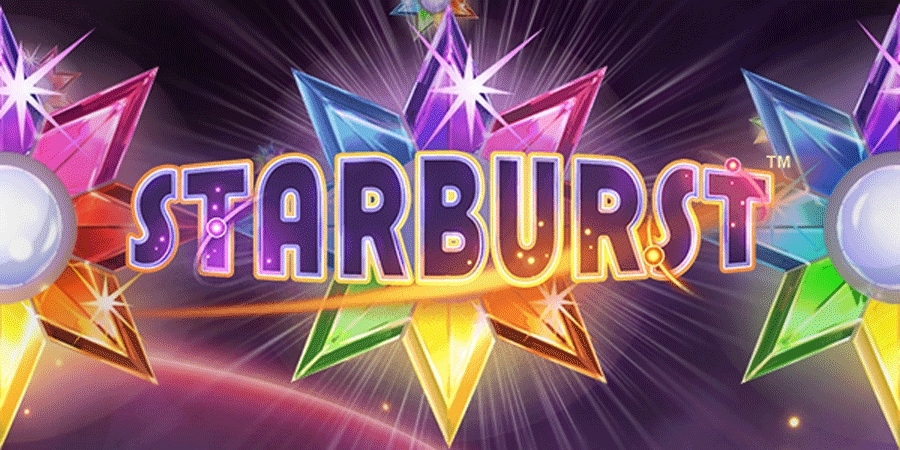 Starburst is to Netent what Mario is to Nintendo and Sonic is to Sega, it’s there flagship game and it’s promoted with free spins by casino’s more than any other slot game ever made, its also a lot of players first slot experience online. Let’s take a look at the slot and what it can pay.

It’s a low to medium variance game with an RTP of 96.10%, it has 10 win lines that pay both ways from left to right and right to left with the main feature being the stars that expand on reel’s 2, 3 and 4 to fill the reel.

If you land a star on any of these reel’s it expands and pays any winning lines you have before re spinning once more with the wild reel stuck, should you land another star it will turn the reel wild whilst also keeping the initial triggering reel wild and the process continues up to a maximum of 3 re spins.

In theory this means you can have 4 winning spins from 1 bet with the wild reels sticking each spin giving you 3 middle wild reels along with the wins building up from each spin.

Of course you can also have 2 or 3 reels wild for 1 spin should you land 2 or 3 stars in one spin.

There are 7 different symbols in the game, 2 premiums and 5 lower paying. 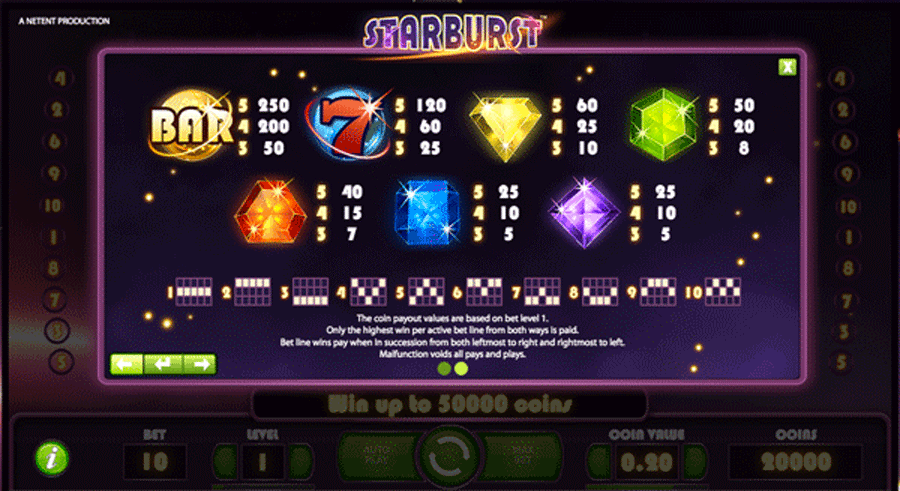 The pay table shows coins won for 3,4 and 5 of a kind of each symbol, the bar symbol is essentially the jackpot symbol paying 50x your stake for 5 of a kind as it pays 25x both ways, 7’s pay 24x stake, yellow gems pay 12x, green pay 10x, orange pay 8x, blue and purple only pay 5x.

As you can see it is not a huge paying game with the highest win possible being 500x stake for 3 wilds with stacked bars either end, however you may be waiting a long time for this to happen but with the power of Photoshop I have an example of what this elusive spin would look like below! 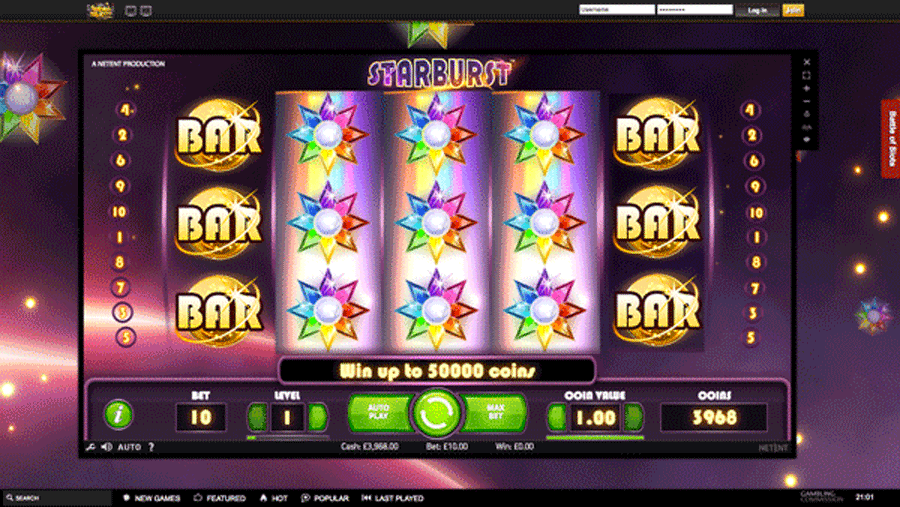 I would give the game a 5/10 and it’s certainly not a game I have ever played nor would play with my own bankroll, however I have had many thousands of free spins over the years and even hit 3 stars a few times, of course never with the bars either end or even on one end but it generated a small amount of excitement for a few seconds while I waited for the reels to re spin.

My honest opinion would be to swerve this game and give it a miss unless you have some free spins in which case you have nothing to lose, good luck!