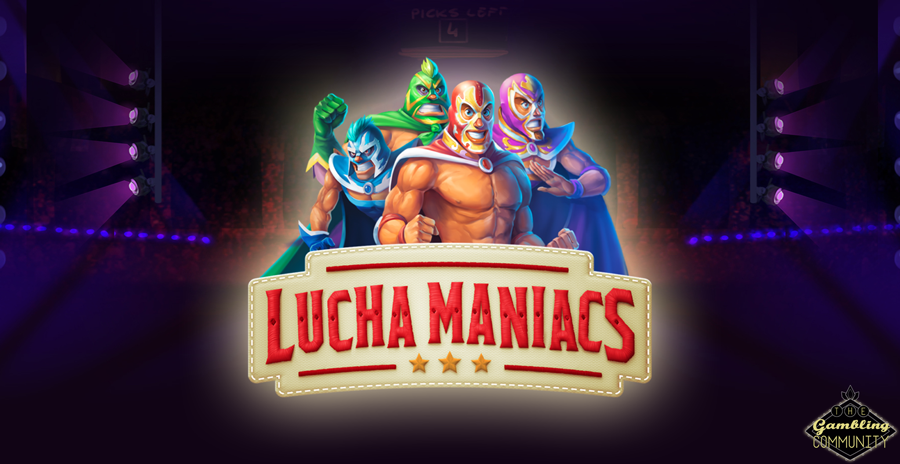 Yggdrasil’s latest addition is based on Lucha Libra which is the Mexican form of professional wrestling, being a Yggdrasil slot you can expect to see amazing graphics and great sounds along with the ability to customise the speed of the reels, but does it have potential? I think it might have so lets get stuck in and see what this slot is about.

Lucha Maniacs is a 5 reel by 3 setup with 20 paylines and for anybody who’s played the game Golden Fishtank you will immediately feel this is very familiar. The aim is to land 3 or more scatters for the freespin round where you get to pick the different features, the more scatters you get the more picks you get, you can also enable a golden bet for a 25% premium on your spin cost but you will get 1 extra pick upon landing the feature. 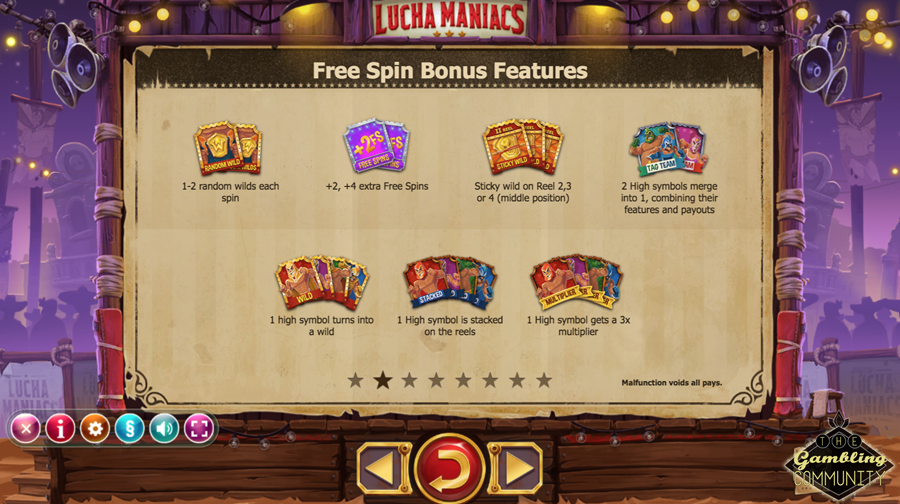 As you can see above there are 7 different features you can pick from and each feature has its own variation so theres hundreds of combinations you could end up with. You can start with 7 freespins and 3 picks and go right upto 30 freespins and 4 picks should you land 5 scatters and have the golden bet enabled. The great part is the ability to add features during the feature if you land more scatters!

If you land just 2 scatters in the base game you open the poster bonus where you pick 1 poster out of 4, 1 of them has the feature hidden beneath it, the other 3 are small coin wins. Land 2 scatters during the feature and you will be awarded with 1 extra spin and 1 extra pick, land 5 and you’ll be getting 4 extra picks and 4 extra spins which is probably going to secure a big win. I think much like Golden Fishtank the combination everyone will be looking for is stacked wrestlers, the same wrestler wild and also with a 3x multiplier, so lets have a look at what that could pay.

The amounts in the paytable are times your coin value so for example we will use £1 per spin which is an 80p + 20p golden bet enabled spin as that gives us the best RTP, that makes our coin value 4p. So for 5 of a kind hearts we would get 2.8x stake and for 5 of the lowest diamond we would get 2x, pretty poor so far, lets move onto the premiums! 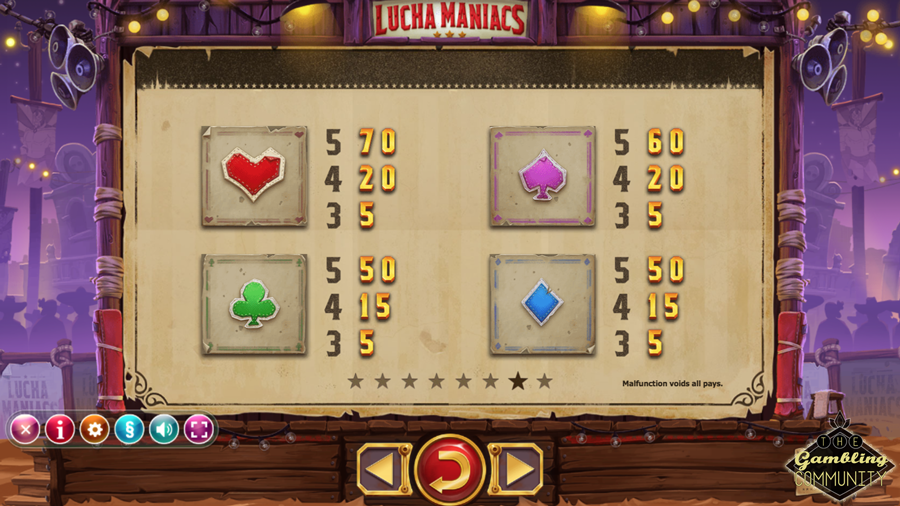 Below are the 4 premium symbols which can also appear as mixed symbols in the feature, for 5 of a kind of red or pink wrestler we are going to get 8x stake, so lets say we got a full screen in the feature, we would get 160x and if we had the 3x multiplier we would get 480x, bear in mind that is also just one spin and if we had that combination then the chances are we also have had a few retriggers and have some more spins so Id say the potential is there for some 1000x features. 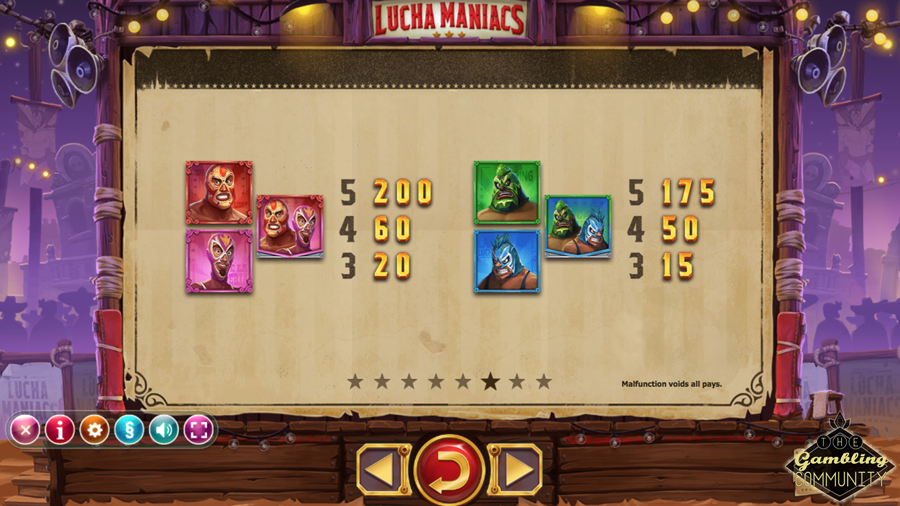 I think this will be a popular game to watch streamers play as there is lots of picking to do and the slot is nice to watch, it can be a bit tilting when you keep getting 2 scatters and missing the feature with your pick but I managed to land a couple of bonuses fairly easily although neither paid very well. Get a couple of retriggers though and your set to have some decent wins, the RTP is 96.1% or 96.2% if you play the golden bet which most will do for the extra pick. Overall it’s a nice slot to play, if you fancy giving it a go there’s a link below, thanks for reading and don’t forget to share your big wins on the forum!