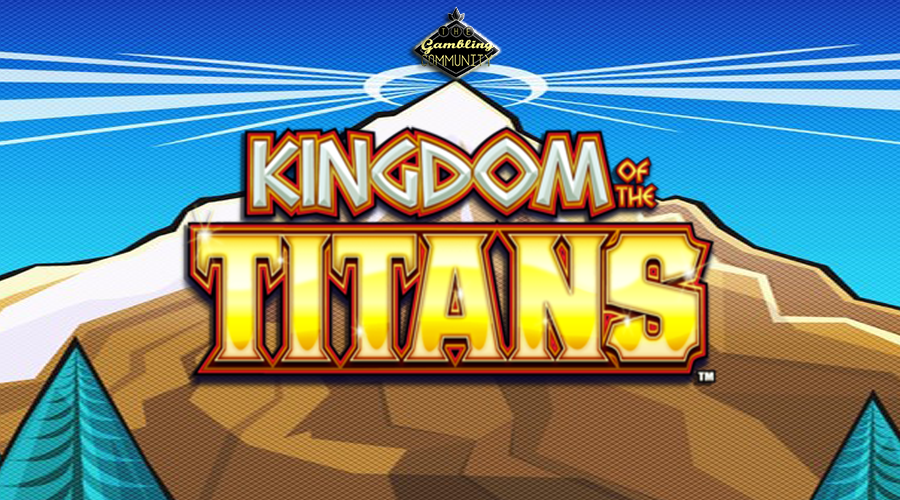 Overview Of Kingdom Of The Titans

With new slots being released at a faster pace than ever before I thought it would be nice to review an old classic that a lot of newer players may never of heard of, Kingdom Of The Titans was released in 2011 by WMS the makers of Raging Rhino. The theme of the slot is loosely based around Greek Mythology and the God of thunder Zeus, a theme WMS are well known for with several of there other titles.

Kingdom Of The Titans has a 5 reel by 3 row setup and a fixed 30 paylines, the slot has a very simple mechanic of awarding a re-spin for any win, the triggering win locks in place and the reels re-spin until no more of the same symbol add to any winning payline, this feature has been copied and implemented in many games such as Fortunes of Sparta and Jungle Jackpots to name a couple.

The feature in this game is won by landing 5 or more scatters but don’t be put off, as long as 3 land anywhere they will lock into place and you get a bonus re-spin until no more land. 5-7 scatters award 8 freespin’s, 8-9 award 10, 10 give you 25 and for 11 or more you get 50 freespin’s! During the feature the reel’s re-spin the same as the base game but when a win is complete you are awarded a mystery multiplier between 2x and 10x, let’s take a look at the potential pay’s below.

Kingdom Of The Titans Paytable

The paytable in Kingdom Of The Titans is surprisingly dynamic and adjusts with your bet size, the below was based on £3 per spin to keep it a round number. Working across from the bottom right we have the Laurel wreath paying 1.66 x your stake, the harp at 2x, the jug at 2.5x, the 50p coin (joke!) at 3.33 x and the gold armour at 5x. These pay’s don’t sound great but remember that its almost impossible to get just a single win due to the re-spins and you also have the multiplier in freepin’s to boost it up! 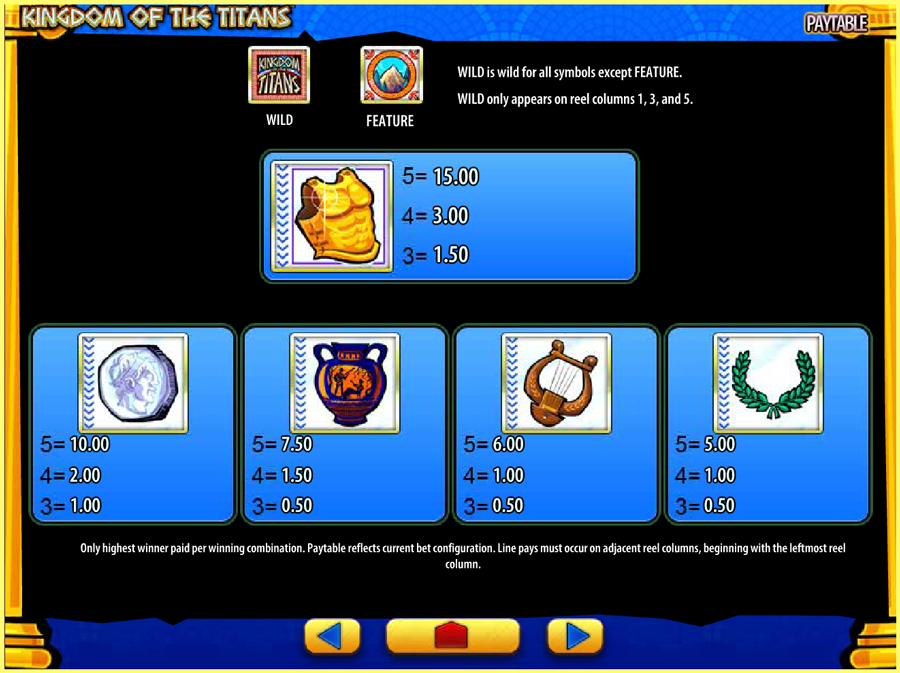 The top 4 premium symbols pay 6.66x for the spartan helmet, 8.33x for the sword and shield and then 16.66x for the top two God symbols. You might be thinking 16.66x is a strange amount for the jackpot symbols but it’s quite craftily worked out by WMS, if you times this amount by the full 30 paylines you get 500x exactly! Now get that win in the freespin’s with the 10x multiplier and you have a 5000x win, even with a 2x multiplier it’s a 1000x which even by today’s standards is great potential for such an old slot. 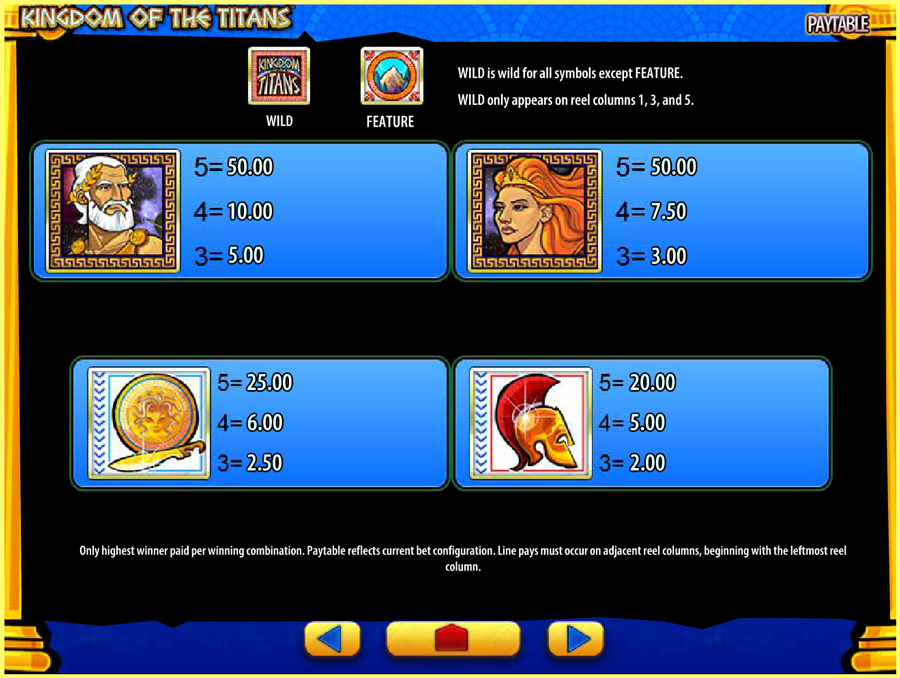 Final Thoughts On Kingdom Of The Titans

Kingdom Of The Titans has an RTP of 96% and I’d put it in the top end of medium variance, bordering on high variance but with the re-spin feature there are so many base game win’s that Im happy with it in the medium category. The graphics are simple and quite dated by today’s standards but sometimes we play for the win rather than the eye candy, the sounds are as you’d imagine and similar to the more familiar slot Centurion by Inspired Gaming, overall it’s worth a look if you haven’t played it before and one that I play when I fancy going old school!

Thanks for reading and there’s a link below if you want to try it, good luck spartan!