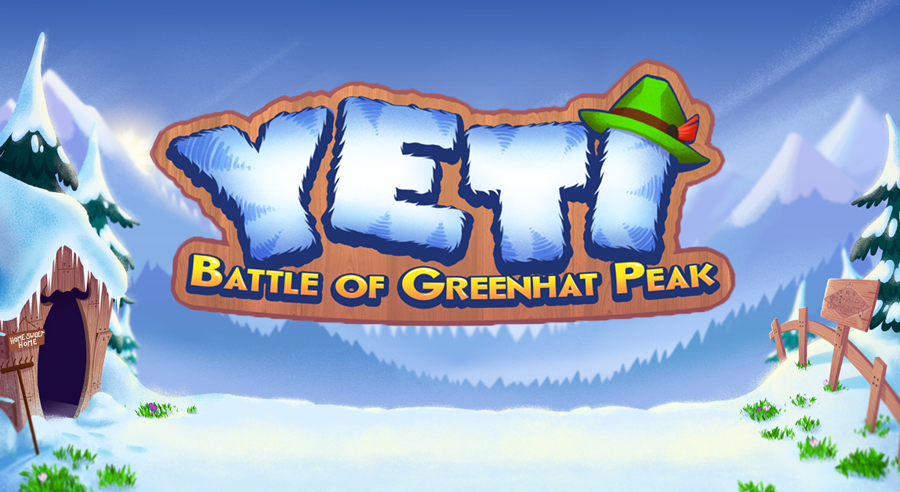 The latest release from Thunderkick is here and it’s based around a little guy in a green hat and lederhosen who is obsessed with a rather large Yeti’s stash of carrots, then again maybe the little chap owns the mountain and therefore the Yeti is stealing his carrots, Iv spent several hours trying to fathom out what’s going on so Im just going to presume this is a made up scenario and get stuck into the game, lets play Yeti Battle Of Greenhat Peak!

Yeti has a 5 by 3 reel setup and plays on 11 fixed pay lines which is rather unique much like there last release Wild Heist At Peacock Manor that has 17 pay lines. The theme as mentioned is of a little chap with rather large teeth who is partial to a carrot, but these are not any old carrots, there magic frozen carrots! Should you land 2 of the carrot scatters on the reels during the base game you start the wild attack bonus where carrots pop up at the bottom of the screen and for each 3 you get a random wild, once no more carrots pop up the wilds are randomly placed on the reels and freeze, if they are not used in a winning pay line they stick until they are!

The first time I got this 2 carrot feature they popped up all the way along the bottom and I actually got the 10 freespins which is the award after 3 wilds and normally triggered by landing 3 scatters. This is a great feature of the game as theres not many slots out there that can get you in the feature with only 2 scatters, it’s worth noting this happened several times as well so Im presuming its not that rare of an occurrence. 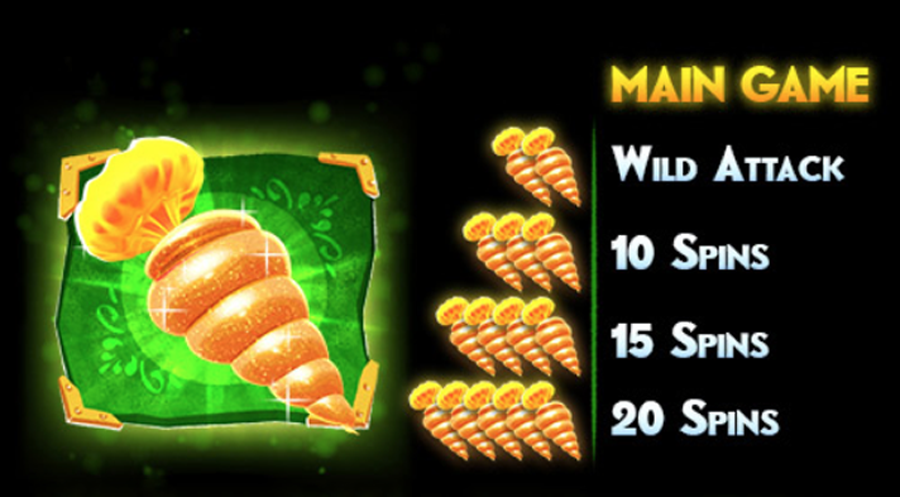 Once you’re in the freespins you are looking for as many carrots as possible to unlock all the wilds, each time you unlock one you get an extra 2 spins and if you get to the end you’re awarded another 5, the most spins that can be won is 31 if you start with 20 and get enough carrots. The wilds stay frozen till they form a winning payline so what you really want is the +3 wilds unlocked and for the wilds to start up on reel 5 and freeze, then reel 4, then 3 and finally down to reel 1 and 2 where you could have a potential 12 wilds before getting a win which would guarantee a big pay!

The paytable on Yeti is dynamic and the below is based on £1 spins, the non premium symbols pay a couple of times your stake and land frequently, the premiums pay between 7.5x and 15x for a full line but the ones were interested in are the Yeti and Mr Greenhat. These 2 pay 35x for a full line and both are stacked on all reels, a full screen of either would pay 385x and if you got the maximum spins and wilds in the feature you could potentially see that a couple of times, the max win is apparently capped at 845x which is fine as it’s clearly not a high variance game.

Yeti has an RTP of 96.1% and is definitely low variance but as a fan of high variance games I still really enjoyed playing it, the graphics and music perfectly complemented each other and the wins although small were frequent enough that I spent no money playing this game for 30 minutes. I think this could be one to note down for those times when you need to grind some wagering and I will certainly play it again, as always thanks for reading and theres a link below if you fancy sticking your lederhosen on and giving it a spin!