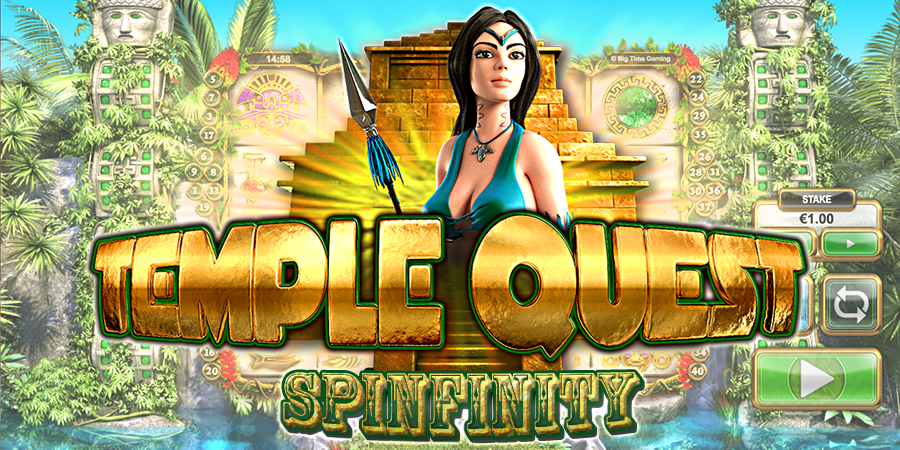 Temple Quest Spinfinity is the latest offering from BTG and is a follow on from there original Temple Quest slot, it has 40 paylines and plays across 5 reels, each reel being 4 deep. The game uses colossal symbols of 2×2, 3×3 and 4×4 giving it a Spinata Grande feel to it. With the recent success of Big Time Gamings megaway slots such as Danger High Voltage, Bonanza and White Rabbit I had very high hopes for this game, alas that was short lived after playing it!

The slot is based on a Inca temple deep in the jungle of South America, as you spin the reels you can hear birdsong and native music, Iv now decided its sort of a Montezuma meets Spinata Grande mashup, does that mean we can look forward to huge wins? Well, unfortunately no!

This version of the game says you pay 10 coins to play and BTG proudly advertise ‘Pay for 10 lines and get 30 free!’ Get the fudge outta here with that Big Time Gaming, if you’re doing buy 1 get 3 free now then I’ll take some £4 spins for £1 each on Danger High Voltage please! This new version of Temple Quest has also lost the 2 pick-me features present on the original, even the one feature they kept, the free games, has been reduced in quality from the original as we shall discover.

The small range of symbols is similar to the original Temple Quest with only 6 different symbols, all of which can be stacked as well as in blocks. The Wild as far as I have seen only appears as a small symbol in the base game and I have yet to see any screenshots or videos to prove otherwise, however the rules don’t state it’s an excluded icon so maybe it can appear as a giant symbol like the others, I know it can in the freespin’s from testing the game myself. The wild pays 37.5x your stake for 5 of a kind but you’ll rarely see that so it’s kind of irrelevant. The rest of the pays are the Gold Mask at 5x, Macaws at 2x, Green Gem 1.5x with the 3 card values paying 0.8x, 0.6x and 0.4x stake for A, K and Q respectively. This sets the tone for what is a really poor, low paying slot. 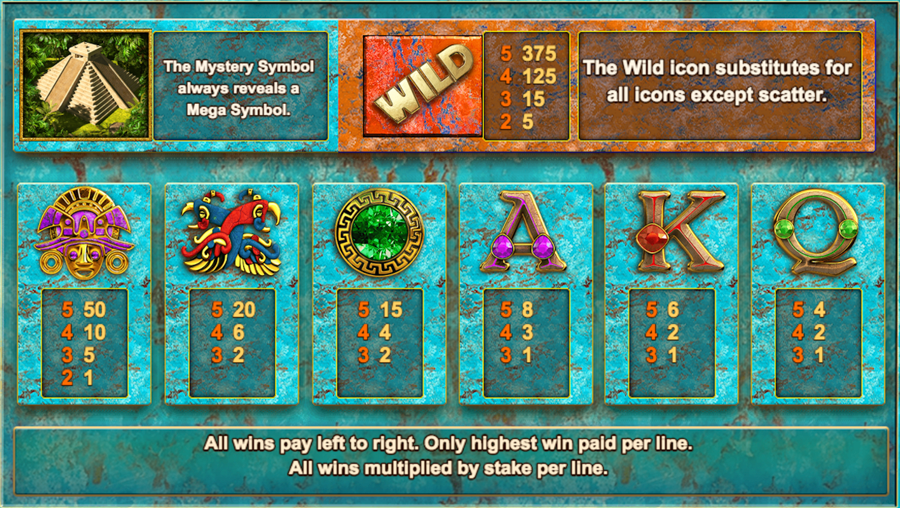 To put into perspective how poor this game pays, if you got a 4×4 mega symbol of the Ace for example and then a strip of 4 more on reel 1 giving you a complete full screen you would win the princely sum of 32x your stake!! Full screen of the best symbol, the golden mask, would pay 200x for a full screen, however you will find upon playing this game that its highly unlikely to get a full screen of anything, normally if your lucky with a 4×4 symbol you may have 1 or 2 of the matching symbol on reel 1 halving those wins above. Micro wins are the norm and very frequent on this game, it’s one of those games that if you lose 100x your stake you’re very unlikely to win it back unless you’re extremely lucky. 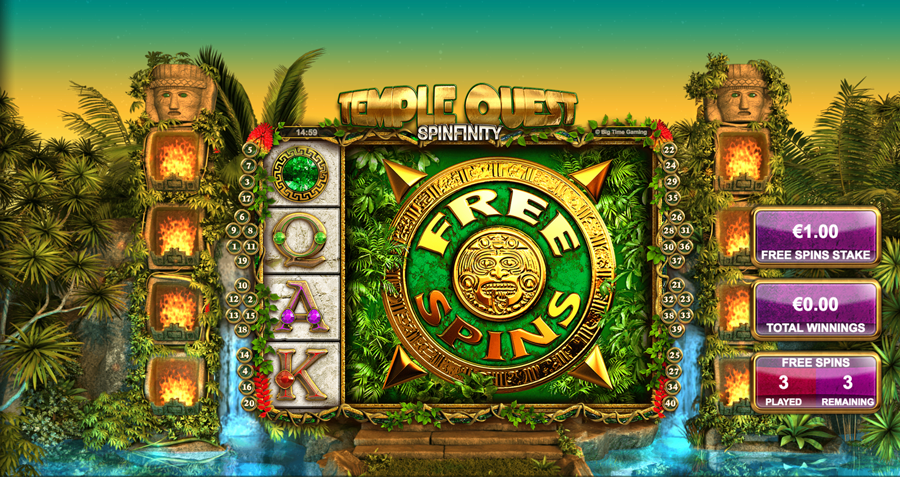 The freespin’s feature is triggered by revealing the scatter symbols from the mystery symbol which awards either 3,6 or 9 spins to start with, once you have the freespin’s it can technically retrigger an infinite amount of times which is where the word spinfinity comes from. Each spin in the feature has the last 4 reels covered by the mega 4×4 symbols and thats it, thats the game, you’re just hoping for the top symbol or giant wild on the right and the wilds on the first reel. 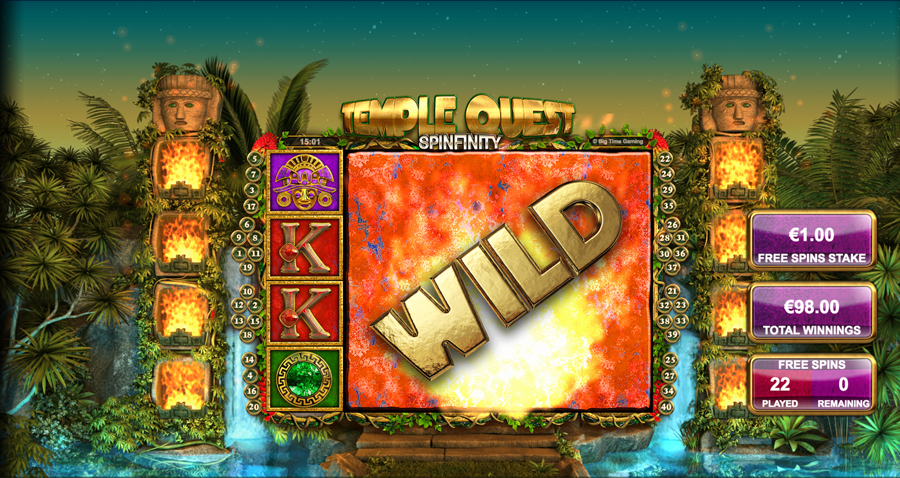 The RTP is 96.17% and with the small pays you’d expect the variance to be low however it falls into the medium variance category as it has the ability to strip you of your balance pretty quick with the micro wins if you don’t get the freespin’s regularly. It’s definitely a good looking slot and it has the familiar buttons and layout of the favourites amongst the players like DHV and Bonanza, it’s just a shame it doesn’t have the same potential to dish out huge wins. Its a slot I will probably give a miss for the time being until it’s been played a bit more and shown its full potential.