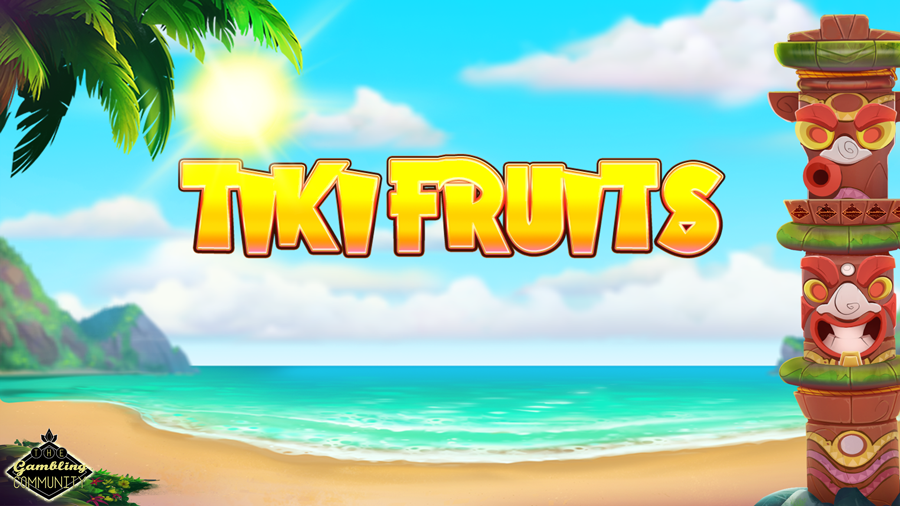 In today’s review were going to take a look at the latest offering from Red Tiger, it’s called Tiki Fruits and looks like a huge version of Reactoonz but with a different mechanic where you collect fruits and have them removed from the reel’s progressively leaving just the premium symbols, Im not normally a fan of cluster pay slots but Iv seen some big wins on this game so let’s give it a spin and see what potential it has!

Tiki Fruits has an 8 reel by 10 row setup giving a huge 80 positions for symbols, there are no pay lines as this is a cluster pay slot, instead you need to land at least 5 of the same symbol adjacently to each other to trigger a win, any winning symbols in that cluster then disappear and more symbols cascade down exactly like Reactoonz, on top of this the winning symbols fill a bar on the right hand side and when the bar’s full that particular symbol is then removed from the reels, this feature resets between every spin in the base game. 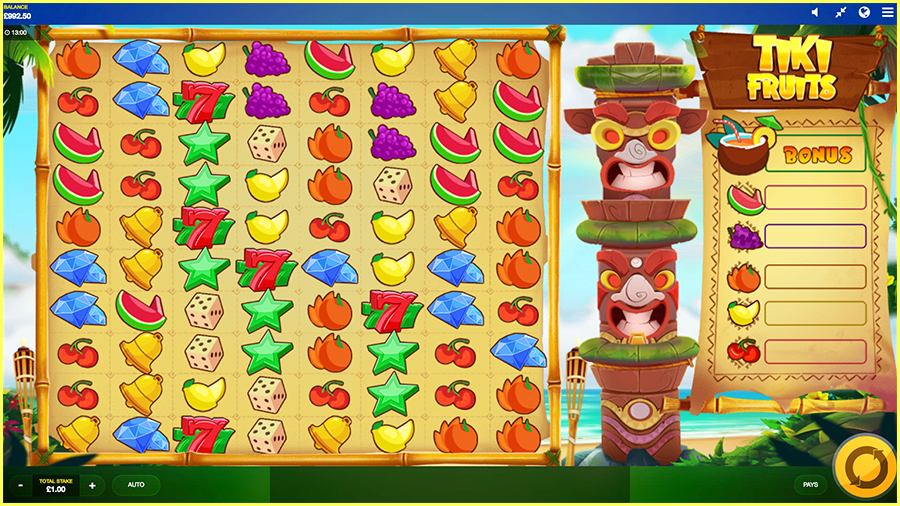 You also have a bonus bar that needs 5 of the bonus scatters to fill it, if you fill this you then win the free spin feature where you get a random amount of spins, during these spin’s the bars do not reset which makes it a lot easier to start deleting symbols from the reels leaving you just the premiums and thus a greater chance of some high paying clusters! The most freespin’s I got was 30 to start and the lowest was 8 although it doesn’t state in the paytable the minimum or maximum, this can also be re-triggered during the bonus and their’s no cap on how many times you can do this!

The paytable in Tiki Fruits is fixed and displays your potential win in multiples of stake which keeps it nice and simple, starting with the fruits below we have the cherries that pay up to 8x for a huge cluster of 31 or more, then we have the lemons that pay 10x, the oranges at 12x, the grapes at 14x and the watermelons at 16x, these wins are kind or irrelevant though as the aim of the game is to try and remove all these symbols from the reels leaving only the premiums, let’s take a look at them next. 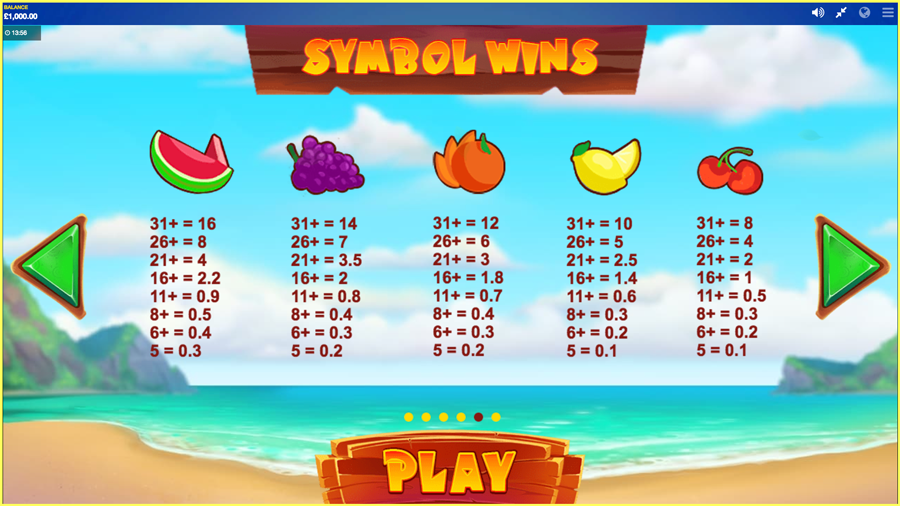 The premium symbols in Tiki Fruits pay a large premium, however you need the lower symbols removed to have a chance at getting some large clusters of these. We have the dice that pay 50x for a cluster of 31 or more, the bells at 75x, the stars at 100x, the diamonds at 125x and the Seven’s that pay a huge premium of 777x! The maximum win is capped at 2000x which I wouldn’t say no too but it’s still worth mentioning it’s capped none the less. 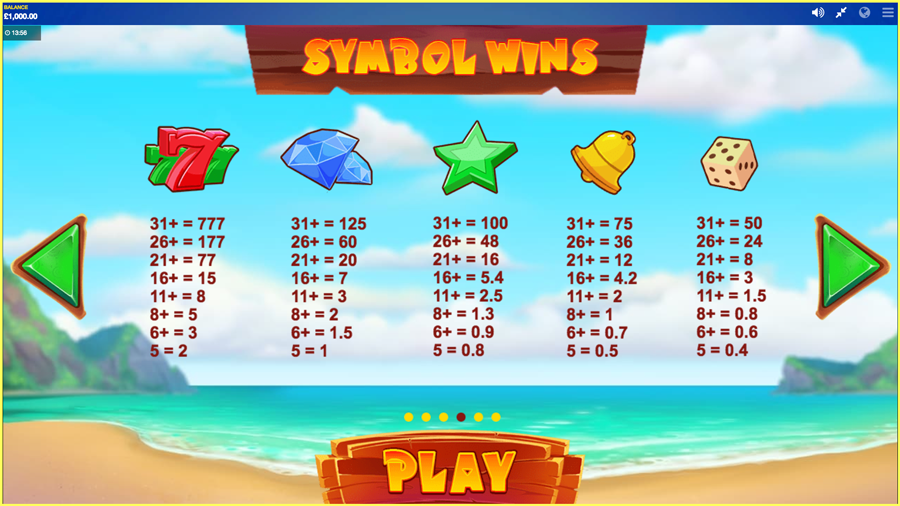 Tiki Fruits has an RTP of 96.05% and Id class it at the higher end of medium variance, it did feel higher variance at times but with the maximum win capped at 2000x it can never be true high variance. The graphics were simple but pleasing to the eye and the sounds and gameplay had the usual Red Tiger feel to them, the best win I got while testing was just over 100x but I have seen a friend get a 600x win on this which is why I chose it to review it, to sum the game up Id say it’s one of those games you might want to try if your getting no luck on your usual games, it’s one I’ll have the odd spin on for sure, if you fancy a spin theres a link below and as always thanks for reading, stay fruity!