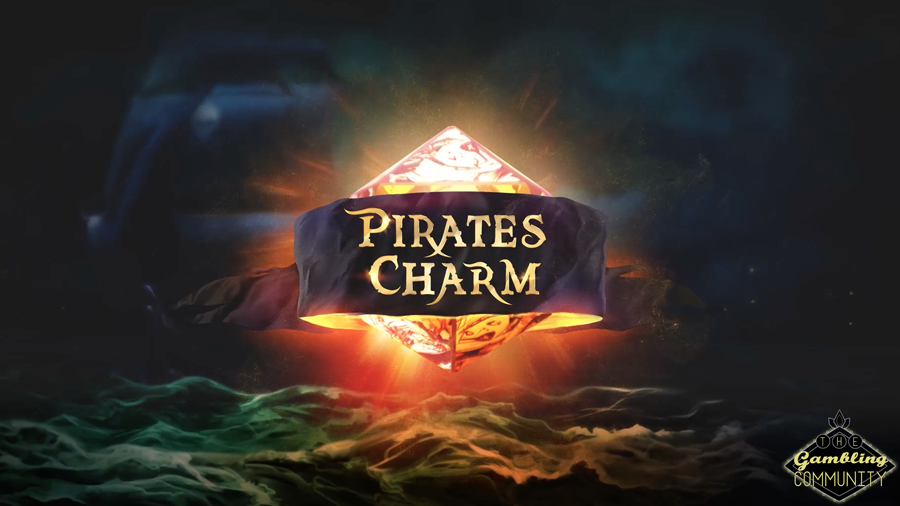 Shiver me timbers, were off to sail the seven sea’s with Quickspins latest slot Pirates Charm, this is the first true 243 way slot from Quickspin since the release of Phoenix Sun so grab your rum and cutlass, pack your duffle and keep three sheets to the wind, Arrggh!

Pirates Charm is a 5 x 3 reel setup with a true 243 ways, it has an interesting mystery charm feature in the freespin round but it can also be activated in the base game, its basically a transforming symbol that can land anywhere on the reels, if you land 1 on each of the first 3 reels it also locks and the reels respin, if one or more mystery charm symbol lands during a respin they lock in place and an additional respin is awarded. If you were to get one landing every re spin then you could technically have loads of wins progressively getting bigger and better as the reels respin. There is also a mystery spin feature in the base game, during this spin there are more mystery charm symbols on the reels increasing the chance of triggering the respin feature!

The free spin feature is won by landing 3 of the pirate ship scatters. During free spins, any mystery charm symbols that land will lock in place for the duration of the free spins, also for every reel that has all 3 spaces filled with charms you will be awarded 2 extra free spins. This means that it’s possible to have every reel full with charms which would then give you a full screen win for every remaining spin left in the feature! Lets take a look below at the possible wins.

The paytable is dynamic in Pirates Charm and the image below was based on a €1 spin, we have the 10’s up to Queens that award 0.75x for a full line and the Aces and Kings give a straight 1x, this seems pretty low but considering you could have a full screen of any of these symbols it’s not so bad although with a full screen of charms we would all be hoping for premiums so lets see what they pay. 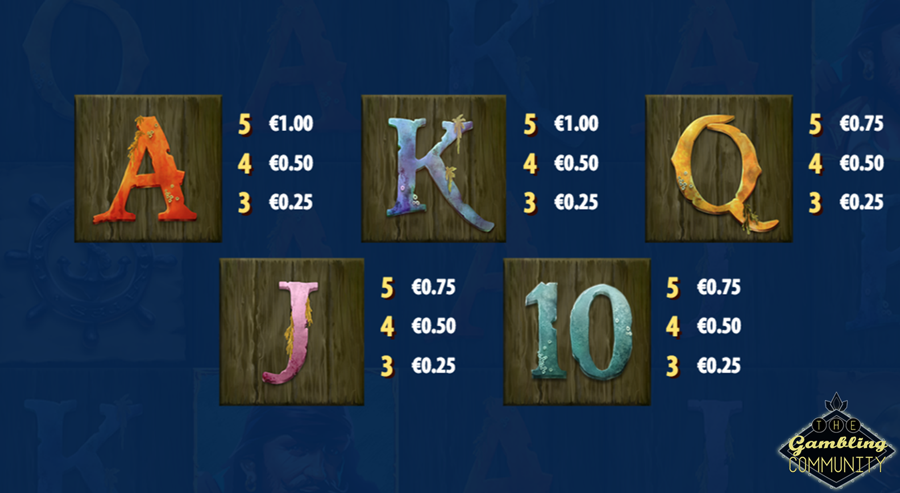 We have the ships wheel that pays 1.5x for 5 of a kind and the skull over 2 swords paying 2x. Next we have the shipmate Mickey Malibu with the bandana on, he pays 3x your stake, then theres mad Mary McFluffbottom who pays 4x and last but certainly not least theres Captain Ronza who pays the best at 5x stake for a full way.

So basically the best theoretical spin you could get would be a full screen of Captain Ronza awarding 1215x stake in 1 spin during the feature, it could also happen in the base game with the respins but I would say that’s highly unlikely! 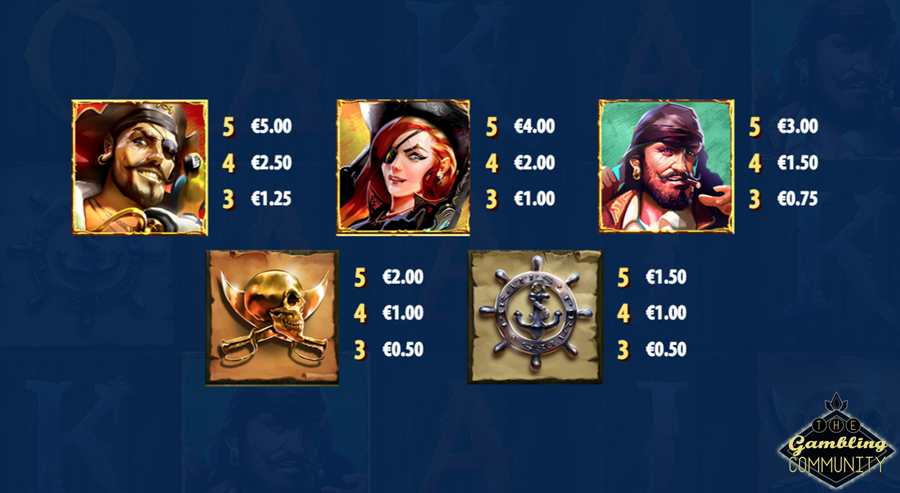 Overall I thought it was a fun game to play and I like the charm feature, the RTP is 96.49% and Id say its medium/high variance. Will I be playing it, probably not unless I have some wagering to do and nothing else is paying, the main win being just over a 1000x isn’t as appealing as the chance to win life changing money on the likes of Danger High Voltage, but I will say the graphics were very good, it played smooth as silk and the sounds and theme were very well made. If you’re not a land lubber like me and fancy giving it a spin then theres a link below, thanks for reading and stay lucky!