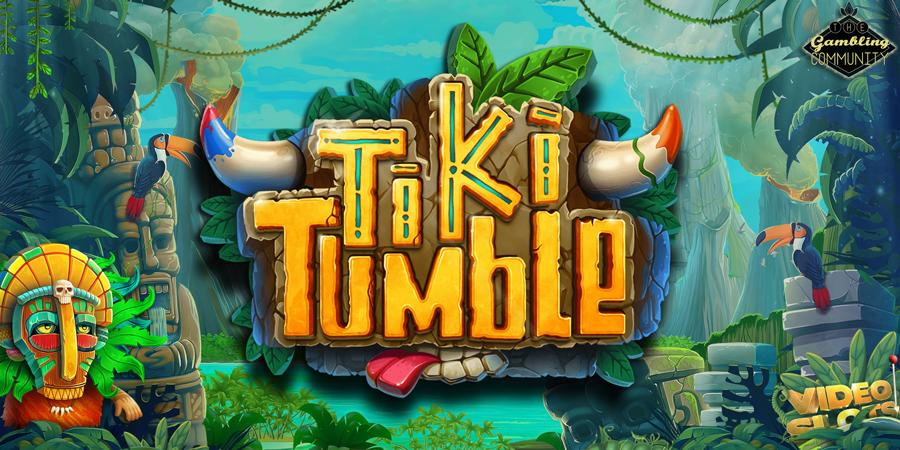 Tiki Tumble is the latest offering from Push Gaming, the theme of this slot is based on the Māori people’s sacred tiki statues and combines tumbling reels with regular spinning reels for a new twist. The graphics are beautiful, the sounds are great and the potential is up there for some huge wins, so lets take a further look.

Tiki Tumble has a 5 x 4 reel setup and plays with 20 win lines, the main feature of the base game is the nudging wild which can land on any of the 5 reels and is 4 symbols high. When the wild lands on any reel it then remains for the next spin and nudges down 1 place until it is off the reels, if it lands on the top of a reel then it is in play for the next 6 spins as it falls down the reel, so basically if you ever get 1 land on the top of all reels at the same time you know you are going to have a full screen of wilds and be in for a mega win!!

Lets take a look at what the symbols pay below

The pays are shown in times stake rather than amount of coins which makes it nice and simple to see what you could win. The lowest paying symbol which is a blue crescent moon pays 2x stake for 5 of a kind and the other 3 low symbols pay 2.5x stake for a full line.

Obviously we don’t want those symbols, we want the premium ones below which pay considerably more! The lowest of the premiums pays 5 x stake with the top pink symbol paying 20x stake for 5 of a kind. The wild pays 25x your stake and it’s nice to see Push Gaming offering something extra for a line of wilds as the majority of games give the top symbols value rather than paying a premium on top for landing a line of wilds. Thumbs up for that. 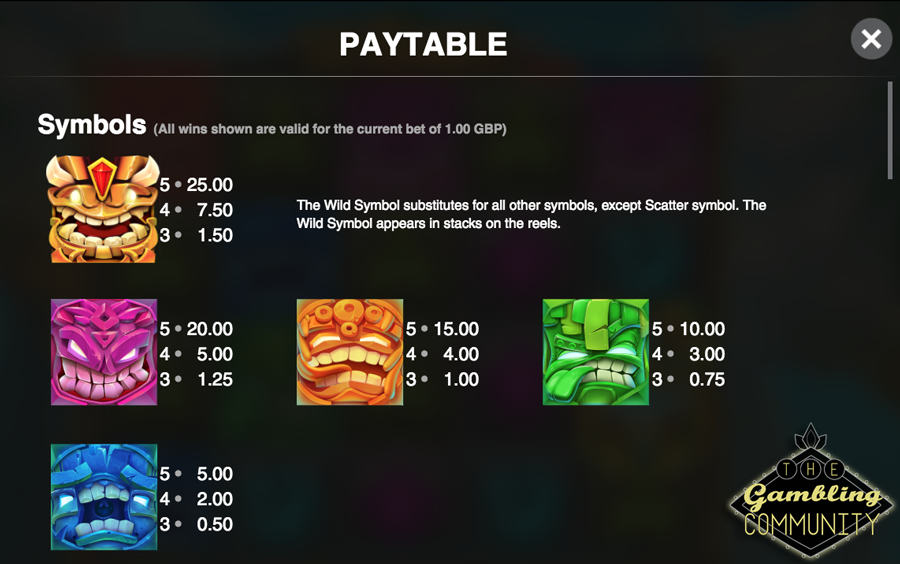 Now you might be thinking 25x is not that great for a full line of the top symbol but a full screen is possible with the nudging wilds and that would equate to 500x for just 1 spin, you’re also going to get the spins before and after the full screen leading up to at least a 1000x in that scenario!

But that’s not all, that is just the base game, when you land 3 or more scatters you enter the free spin round where you start with a full stack of wilds on reel 2 and 4, these 2 wilds drop and the spins play on until there are no wilds left, after every spin the multiplier increases by 1x.

Providing you keep landing wilds the spins will go on and on, it took me 400 spins to land a feature but with a 16x multiplier and just a couple of 3 and 4 of a kinds with premiums I ended up with just short of 500x! Now if some 5 of a kinds or more wilds landed it would of been thousands of times the money with ease! I have put a screenshot below of the free spin round with a few spins to go. 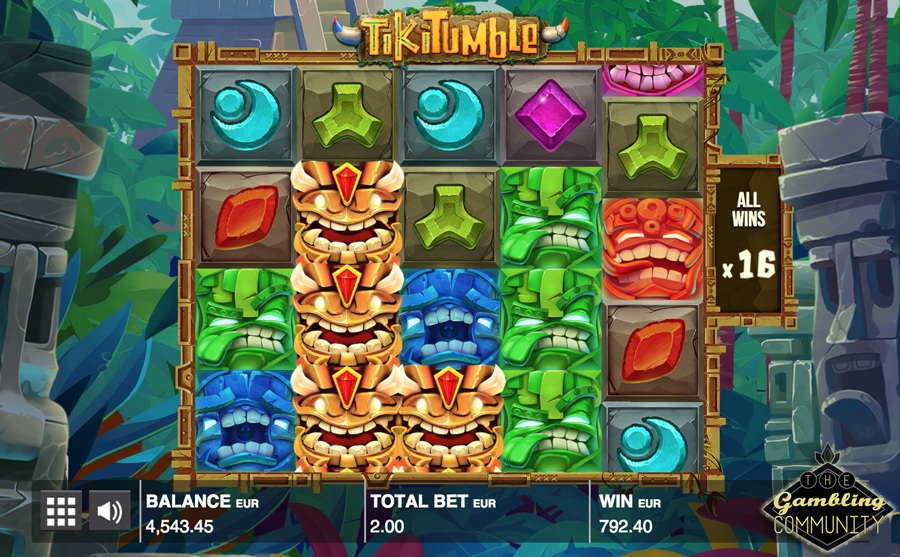 Tiki Tumbles RTP is 96.49% and I would class it as a higher variance slot. The games sounds and animations were really nice and it was alot of fun to play, I think in the near future we will see some colossal wins on this game and hopefully that will be from our community. It’s certainly on my list of games to play and hopefully more casino’s will add it to there catalogue of providers. Thanks for reading and as always good luck!