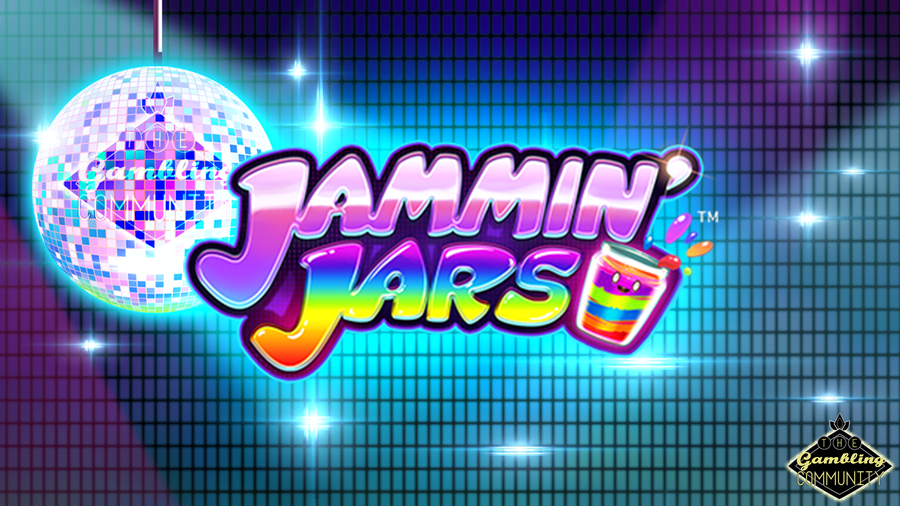 Jammin Jars is the newest release from one of the latest up and coming providers Push Gaming, they are the makers of other new player favourites like Tiki Tumble, Fat Rabbit and Wild Swarm to name a few. This game promises to have huge potential with multipliers that can multiply other multipliers, it’s a bit of a mouthful but I like the sound of it so let’s jump in and see what it’s like!

Jammin Jars has an 8 by 8 grid instead of reels and you get 64 symbols land every spin, to get a win you need at least 5 of the same symbols to land adjacent to each other in a cluster, when this happens they then explode and the remaining symbols fall down along with more to fill the space, this continues until you get no more clusters. During any spin or cascade you can have jars land which act as a wild and as the scatter symbol, for every cluster win the jar is a part of, it increases its multiplier for the next spin by 1x, if you have more than one jar in a cluster you get both multipliers so a 5x jar and a 3x jar would effectively multiply the cluster win by 15x, there is also no cap on the multipliers so they could in theory keep growing and growing giving massive potential for any winning cluster however small! 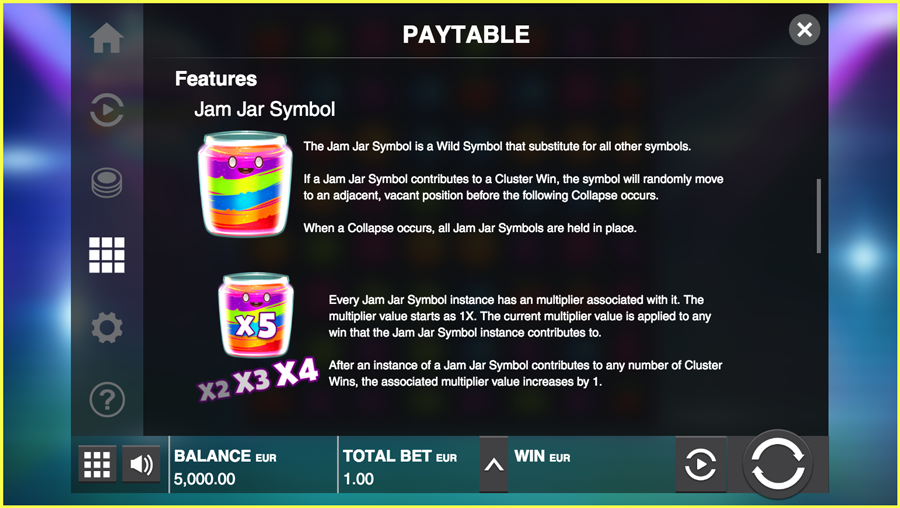 Upon landing 3 or more scatters you get 6 freespin’s and the jars also retain there multiplier if it was increased with any base game wins when the feature was initially triggered, if not they all start at 1x, the only difference in the freespin’s is that the jars stay for all 6 spins giving you a much bigger chance of getting a large multiplier, the jars also move one space after every spin and you can end up with them spread out or close together, close together being the ideal scenario for huge wins! The freespin’s cannot be re-triggered.

There is also a random feature that you can only get in the base game called the Rainbow Feature, the symbols all blink and then a rainbow slides down the grid adding 1 or more giant fruit symbols, sometimes close to each other making huge clusters, this has helped me land the main feature when testing as it removes so many symbols from the grid that you have a higher chance of landing that extra jar you may need. It also reminds me of the random tractor feature in Fat Rabbit from the same provider.

Looking at the paytable in Jammin Jars you can see it’s like most cluster pay slots in the way it pay’s a huge premium for the top symbol. Starting with the blueberry you can win up to 10x for a large cluster of 25 or more, the plum and apple pay’s 25x, the raspberry comes in at 37.5x, the orange at 62.5x and the strawberry pays 100x your total stake for 25 or more, get this with a couple of double figure multipliers and your win is instantly over 10’000x, get it with 3 and you just broke records and potentially the casino! 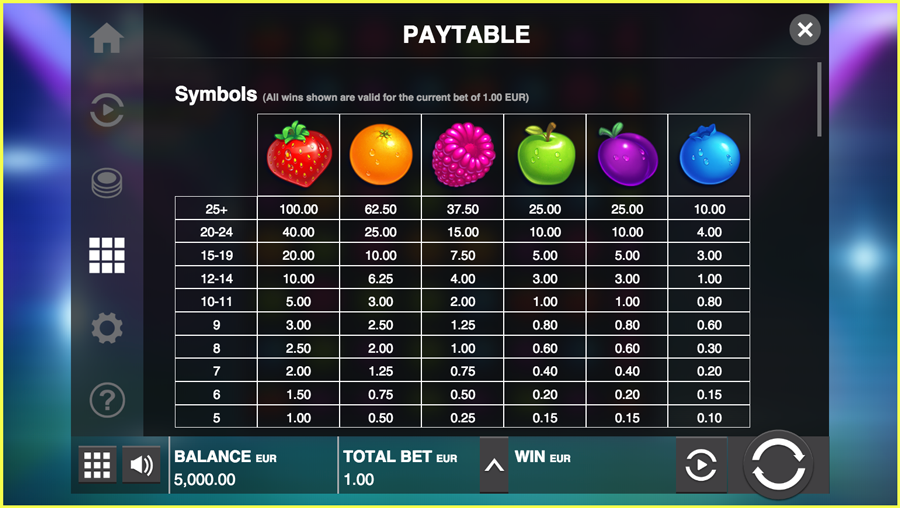 Jammin Jars has an RTP of 96.83% and its clearly high variance, the graphics are very bright and colourful and the music reminds me of an old school disco, it did get a tad repetitive but it fits the theme of the game perfectly, the random feature seemed to trigger fairly regular and the main feature was hit or miss, I had a couple where I won less than 10x and then the third one I hit paid me over 200x pictured below and if you look at the jars and the multipliers you can see the potential if they had been near one another, 192x multiplier would of been very nice, all 3 near each other would of been 1344x multiplier and I wouldn’t like to guess what sort of win that could of produced!

Overall its a pretty game and my advice would be to play it now while its new as the game will be paying closer to it’s true RTP with so many people spinning thus giving you an increased chance of hitting the motherload! As always thanks for reading and theres a link below to a trusted TGC casino if you want to try it out for yourself, don’t forget to share any big wins on this game on the forum, I know there going to be coming very soon!

EDIT: Since this review was written Push Gaming have since confirmed the maximum win on this game is 20’000x your stake 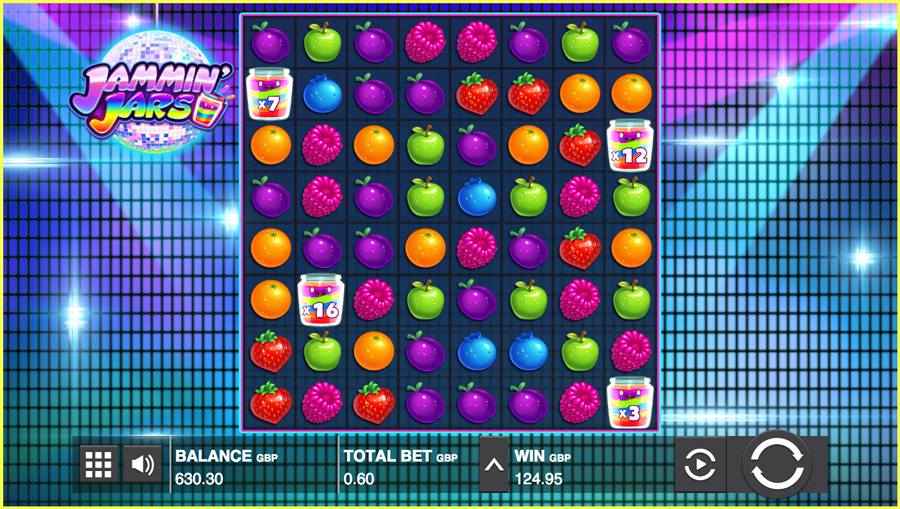