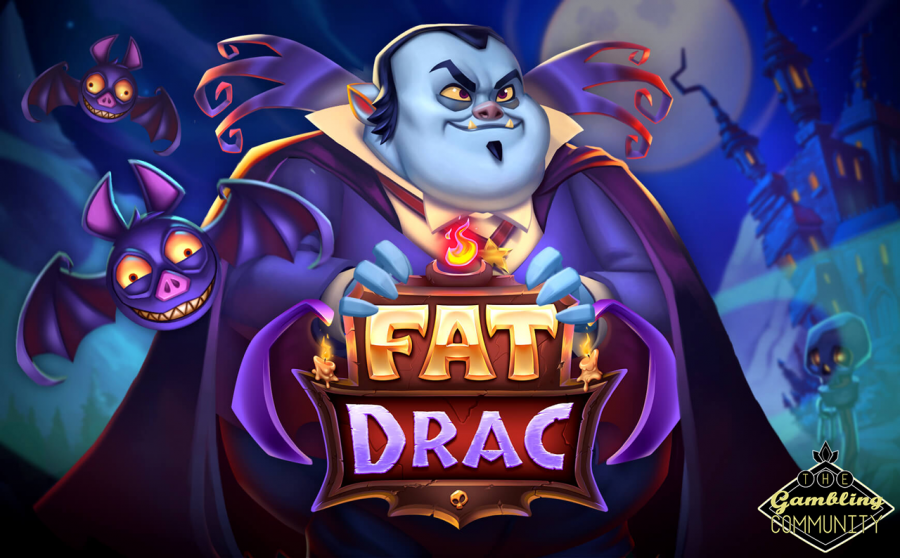 Sink your teeth into Fat Drac, the third installment in Push Gamings Fat series. Fat Drac may not be as terrifying as the Dracula you already know of but don’t be fooled by his cheeky grin, he’s always hungry with his ever growing appetite and blood goblets must always be in sight! 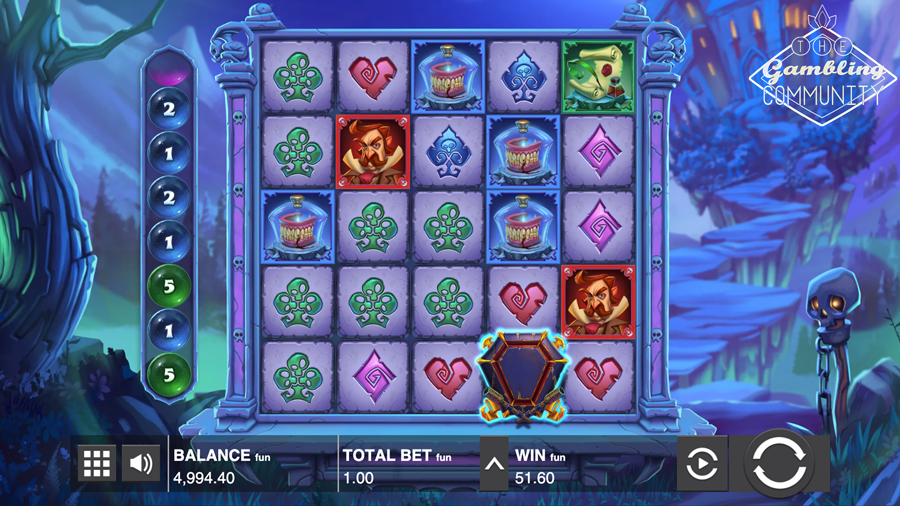 Fat Drac has a 5 reel by 5 row layout with 40 win lines similar to Fat Rabbit and Fat Santa, however this installment is different, the Fat Drac is not a wild symbol anymore, he is now a revealing symbol which massively increases volatility as unless the Fat Drac reaches his maximum 5×5 size he could still reveal a symbol that doesn’t match!

During the base game the objective is to land Fat Drac on reel 1 and then 1 or more Goblets on any reel to trigger the bonus where you start with 5 spins. During the free spins Fat Drac will collect and drink any goblets that land, exactly the same as the Fat Rabbit eating the carrots and the Fat Santa eating the mince pies, he will also stay in position until another goblet/s land.

As Fat Drac drinks the goblets the counter goes up on the right hand side and after a set amount of goblets you progress to the next size Fat Drac and also get some more spins, this part of the slot is exactly like its predecessors. 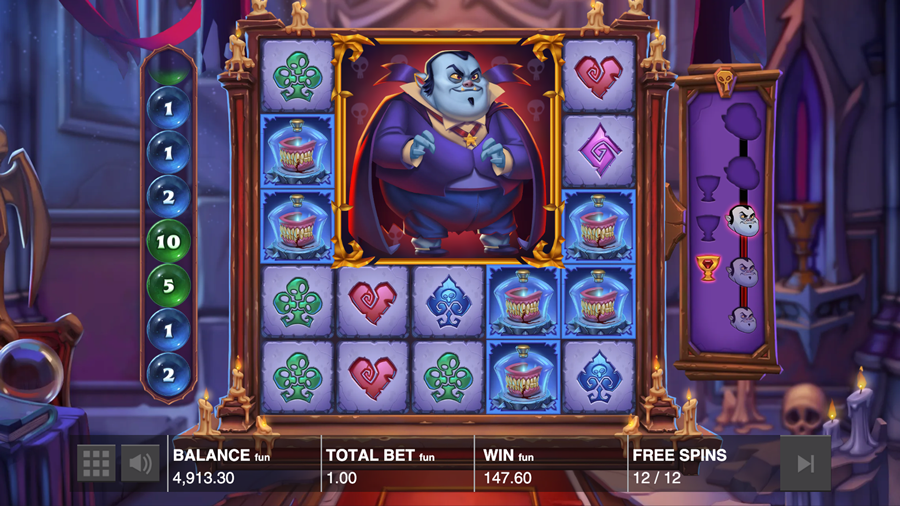 During the feature Fat Drac will reveal a mystery symbol after each spin and sometimes that symbol will be a cluster of bats. The bats then one by one fly to the left of the screen and collect a bubble with a multiplier in. The highest I saw was 100x during my test play and a bat collected it too, it was reminiscent of the mystery amounts on Razor Shark except this time you see the amounts and hope the bat picks it!

The coffin symbol can land on any spin in the base game and reveals 4 tiles to pick from which very similar to the chest picks in Wild Swarm. The tiles will each have a number of bats once revealed and these bats will then fly to random bubbles and collect the multiplier.

The paytable in Fat Drac is dynamic and changes with your stake in real time, the below is set to £1 per spin for simplicity. Starting with the lowest paying symbols we have the Blue Spade and the Purple Diamond paying 0.50x for a line, the Red Heart and the Green Club pay double this at 1x for a full 5 of a kind.

Moving onto the premium symbols we have the Blue False Teeth paying 5x for a line, the Green Letter pays 7.5x, the Purple Skull 20x and the Red Count pays 25x for 5 of a kind. The pay then shoots to a whopping 250x for a Wild line, the wild can substitute any symbol apart from Fat Drac and the Goblets.

Fat Drac has a default RTP of 96.57%, however there are 2 other RTP profiles of 95.04% and a terrible 90.49% which will have a noticeable impact on your sessions so make sure you check before playing, you could of course just use the TGC approved link for this game and rest assured knowing you have the highest RTP available for the UK.

Back to the game, Push Gaming rate Fat Drac as a High volatility and with a 50,000x top win its no surprise, I would say the variance is extreme and as an example I had a bonus that paid just 1x and then straight after a bonus for 147x so the revealing change really does have a massive impact on the volatility, whether that’s in a good way or not only time will tell. 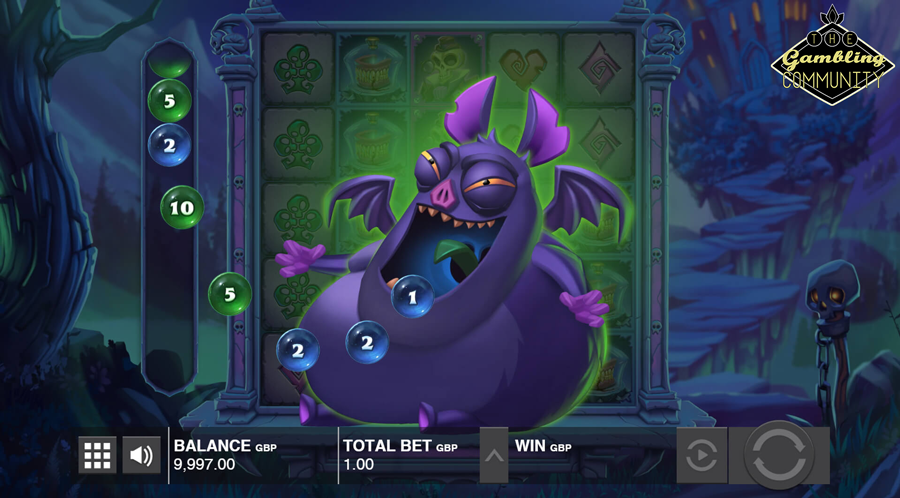 Fat Drac releases on the 14th October and will I be playing it again I hear you ask? Yes I will, 50,000x instant prizes are very appealing to me and judging from other Push Gaming slots those multipliers do get won, I’ve had a few myself on Razor Shark so thats enough for me to be sold! As always thanks for reading and there’s a link below if you fancy sinking your teeth in, fangs very much!