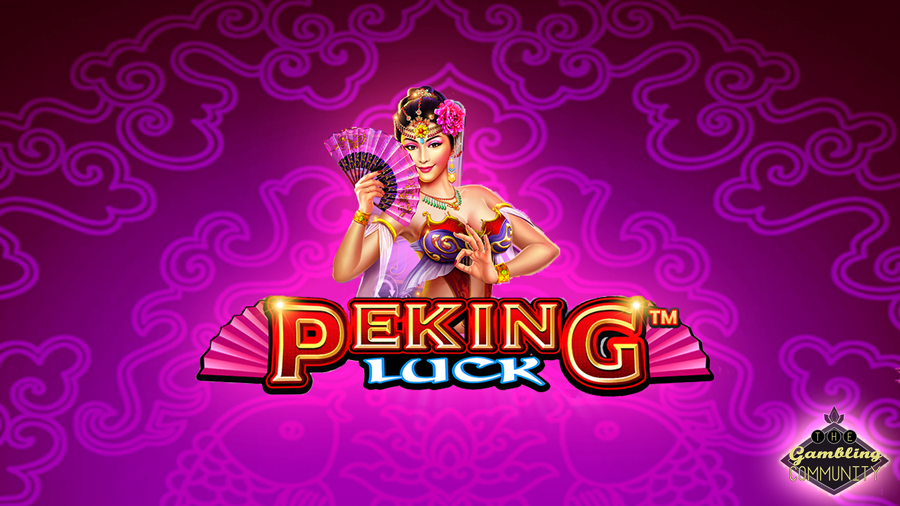 Peking Luck is another new release from Pragmatic Play and although I’v only just reviewed Madame Destiny by the same provider I feel the need to review this asap, the reason is simple, I found out it has the potential for a 180’000x win! Thats not a typo either, 180 thousand times your stake, this is what us slot players can only dream of hitting, imagine a £45’000 win on a 25p spin, this slot can apparently deliver just that! 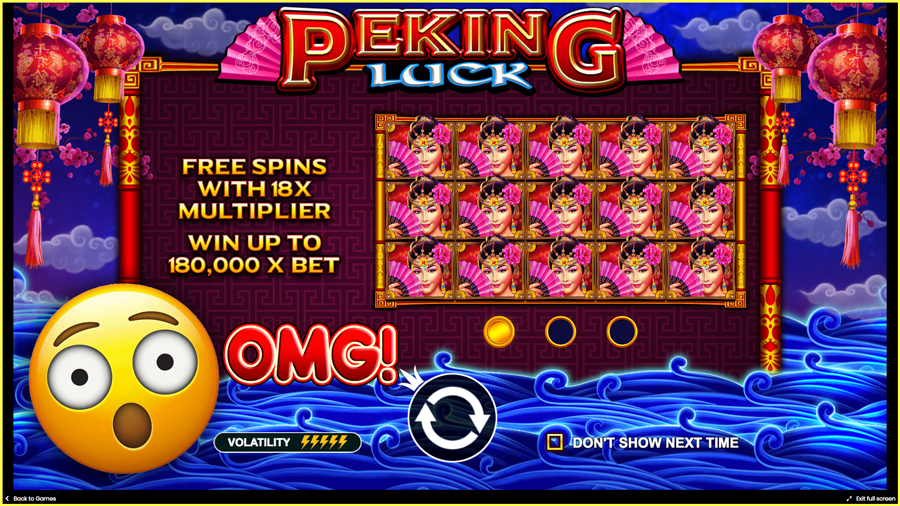 Peking Luck has a 5 reel by 3 row setup and play’s on 25 fixed payline’s with 1 main feature. The object of the game is to land at least 3 of the scatter gong’s where you get to pick from 5 fans, each one of these hides a different amount of freespin’s between 8 and 38, once you’ve picked a fan you then get offered 5 different dragon’s to pick from, these hide different multipliers between 3x and 18x, if you get the 18x multiplier and then land a full screen of the top symbol you win 180’000x as shown in the screen above, it’s that simple! Now let’s take a look at the paytable and see what can be realistically won rather than dreaming of the jackpot!

The paytable in Peking Luck is dynamic and adjusts with your bet size so it’s nice and easy to see what each symbol can pay, the below is set on a £1 spin. Starting with 9’s, 10’s and J’s you can see they pay just 4x for a full line, the Q’s pay 5x, the K’s pay 6x and the A’s pay 8x, not great but then with a 18x multipier even the worst symbol would be a great win for a full line. 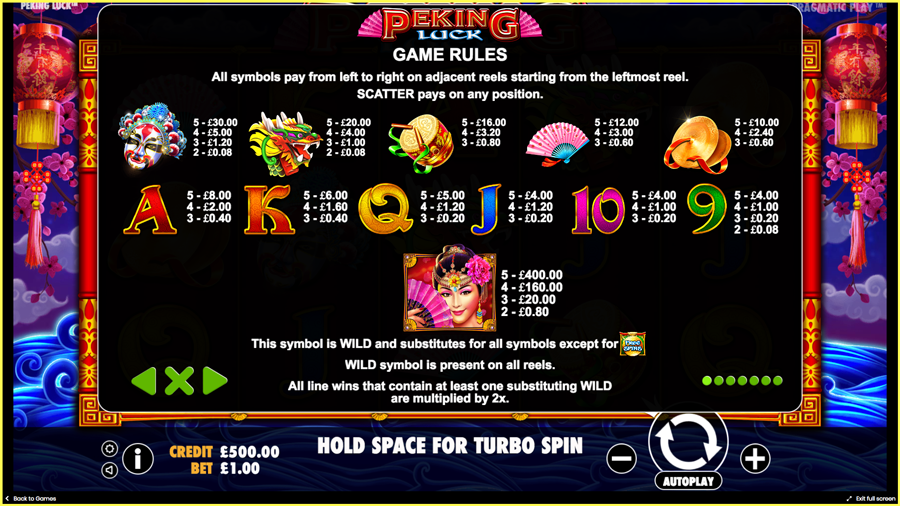 Looking at the premiums we have the cymbals paying 10x, the fan pays 12x, the drum pays 16x, the dragon is 20x and the mask tops them at 30x, last but not least we have the dancer which also doubles as a 2x wild and pays a huge premium of 400x for a full line, to put this in perspective you would need just one full line of this symbol with a 18x multiplier to win a staggering 7,200x your total bet! The scatter symbol also pay’s up to 250x if you land one on each reel and gives you your bet back if you only get 2. During the freespin’s you can re-trigger 10 extra spins every time you land 3 or more scatter’s and there is no cap on the amount of re-triggers! 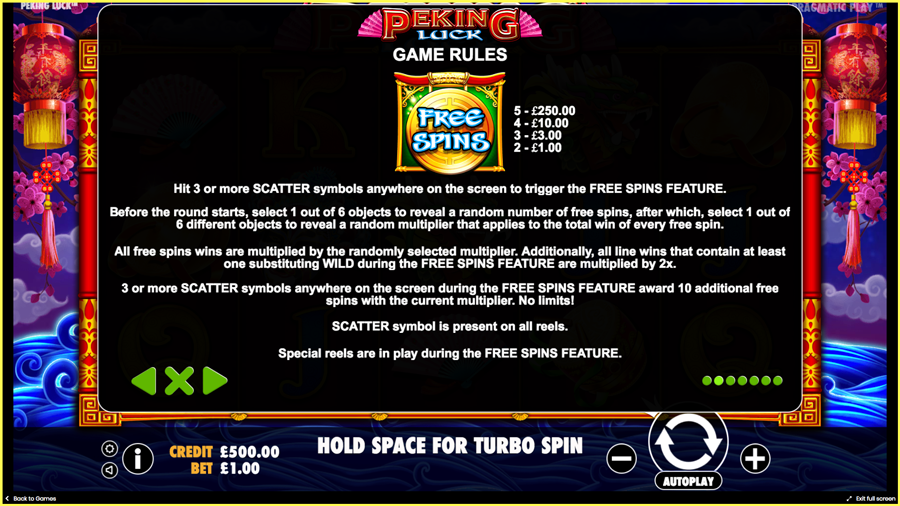 Peking Luck has an RTP of 96.5% and is firmly in the top category of super high variance, this is also labelled on the start up screen with the volatility meter shown below. The graphics are simple but nicely drawn and the same can be applied for the music and sound effects, the reel’s spin super smooth and even on turbo mode there was no lag, I had a few base game win’s around the 100x mark and quite a few bonuses, the best of these was 160x as I picked a low multiplier and didn’t get a re-trigger, this is still a fairly respectable win in my opinion. So they we have it, a slot that can deliver a win large enough to buy a house on a £1 spin, thanks for reading and if you want to play it before the masses there’s a link below, good luck!

GREAT REVIEW– I WILL PLAY THIS ONE !!