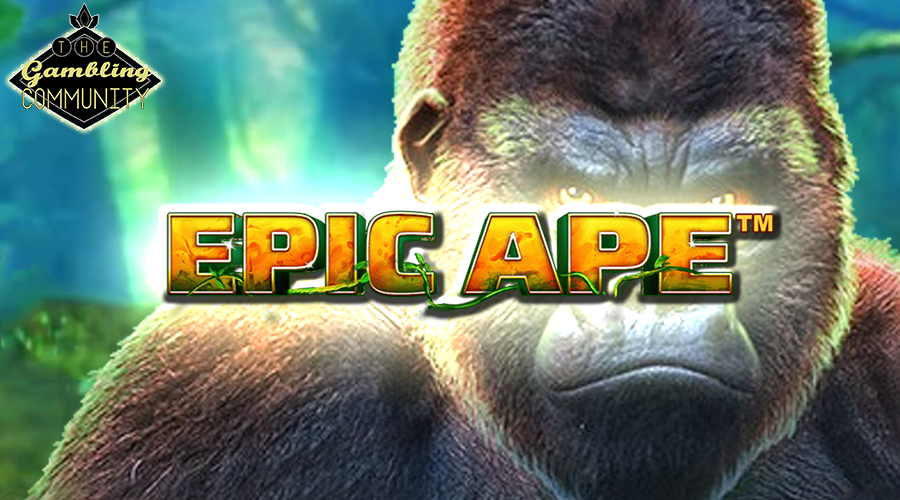 Epic Ape is a fairly new addition from Playtech which seems to be based on the same mechanics as Buffalo Blitz which is a very high variance game from Playtech. Think of Raging Rhino and then add some more potential and raise the variance and you’re not far off the mark, lets have a look and see if this slot does Harambe the gorilla proud or if it’s just a monkey that pay’s peanuts! 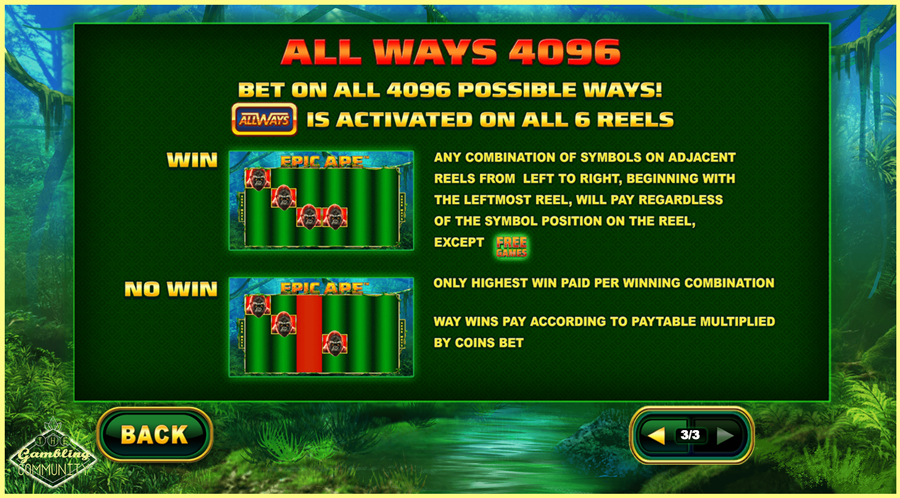 Epic Ape is a 6 by 4 reel setup and has 4096 ways to win, basically all ways pay the same as Raging Rhino, however there is a difference, the wilds that appear on Rhino in the freespins can multiply by either 2x or 3x and appear on reel’s 2,3,4 and 5. Now in this slot’s freespin round they multiply between 2x, 3x and 5x and are added together rather than multiplied but they also appear on reel 6 too giving you the opportunity for some monstrous wins.

The freespins are triggered by 3 or more free games scatter’s and you can start with as many as 100 freespins if you get all 6 scatters, the only difference is that in this slot you don’t get paid for the trigger and there is no bonus guarantee like Rhino. In my opinion the multiplier potential makes up for that and I think I actually prefer that as the bonus guarantee is like a kick in the teeth unless you’re playing at huge stakes. 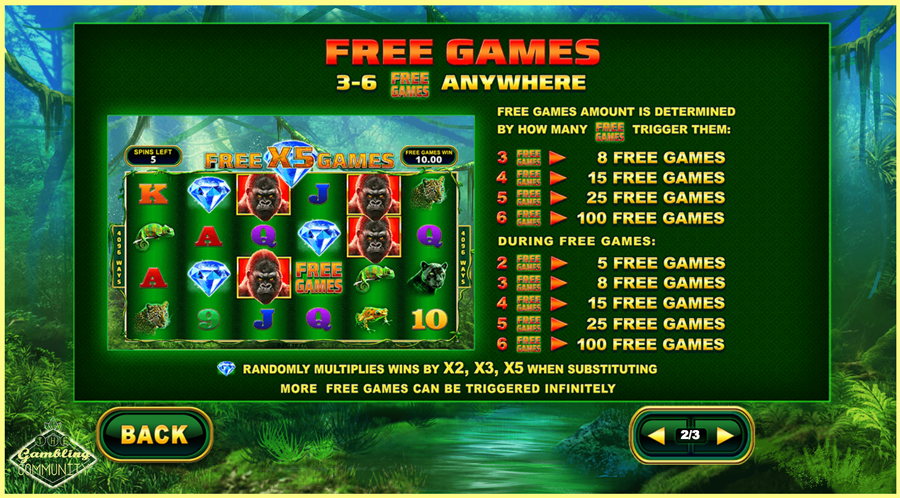 The paytable is identical to Raging Rhino and based on coin value, it’s not dynamic so you will have to work out yourself what you can win but if we take the Ape as an example and use a 5p coin value which would be £2 a spin we can see that you get £15 per full line. Now chuck in some diamonds in the free spins you could have 5 multipliers at 5x each, now in these Playtech slots you add the multipliers rather than multiply them, so that would be a 25x multiplier making each line £375 or 187.5x, you can have the top symbol stacked to cover the whole reel too so with a stack on the 1st and 6th reel you’d be looking in the region of 3000x, theres also lots of other big combinations you could have with less diamonds but more stacks, for instance you could have 3 stacks of apes and 3 of the 5x diamonds, this would give you 64 ways of Apes with a 15x multiplier which would pay 14’4000x your stake, now as far as I know the best win on Raging Rhino is nowhere near that! 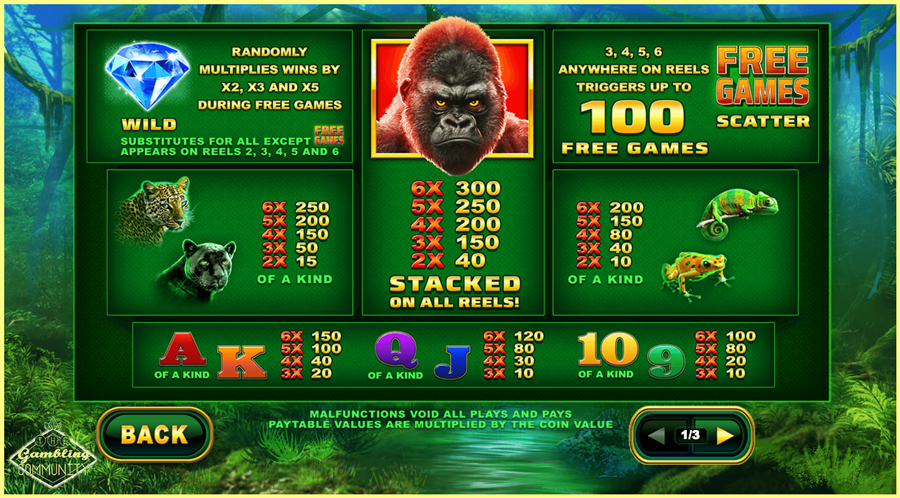 Epic Ape has an RTP of 95.96% and I’d stick it firmly in the high to super high variance category. When I first played Buffalo Blitz which is the same as this slot with a Buffalo theme, I hit nearly 1000x on my first ever bonus with just two multiplier diamonds and they only gave me a 2x and a 3x, I think my exact reaction to that win was that this game makes Raging Rhino look like Starburst! The sounds and graphics have been slightly updated in this sequel and there really good, the animations were great and the reel’s spun smoothly, overall Id happily recommend this to any players that enjoy the thrill of super high variance, there’s currently no link for you to play on but I played it on a well known bookmakers that has a blue and yellow sign 😉 Thanks for reading and as soon as we have a reputable casino with Playtech games I’ll link it below.