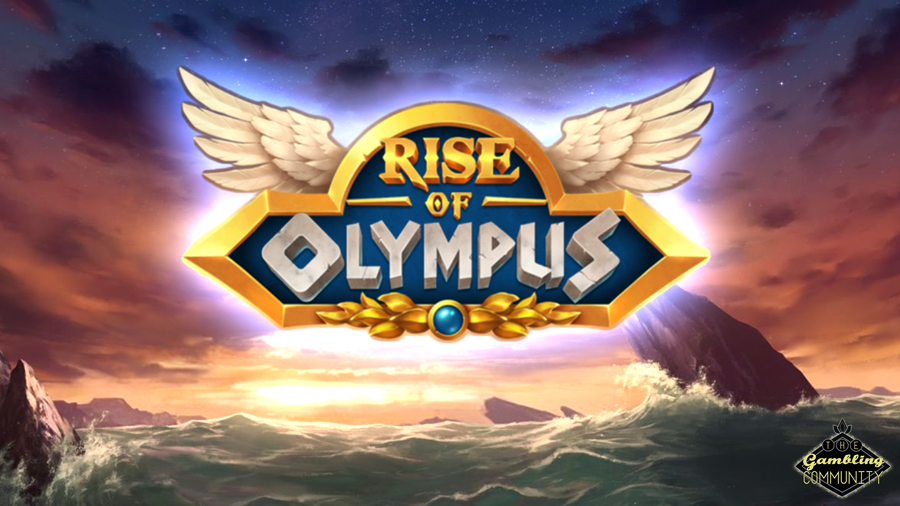 Overview Of Rise Of Olympus

Rise Of Olympus is the latest slot from the creators of the super popular Reactoonz, PlaynGo. The theme is based around three God’s who each have a different power, those of you that have played Moon Princess may recognise the format so let’s dive in and see if it’s as much fun, it certainly looks it!

Rise Of Olympus has a 5 by 5 grid setup and has no winlines per se, but also doesn’t pay clusters as you might expect, what it does is pay for symbols in a horizontal or vertical line of 3 or more. Should you get a win the symbols vanish and if the win was only 3 symbols you also get a wild left on the grid, unlike some other grid slots you don’t get new symbols falling as the aim is to clear the screen in this slot to get the feature, exactly like in Moon Princess.

You also have some mini features, the first one being Hand Of God that can trigger after any losing spin, Hades will choose a certain symbol and transform it to another symbol, Poseidon will add up to 2 wilds and Zeus will choose 2 sets of symbols and destroy them! These can trigger some massive chains of wins and help you towards clearing the screen and getting the main feature! 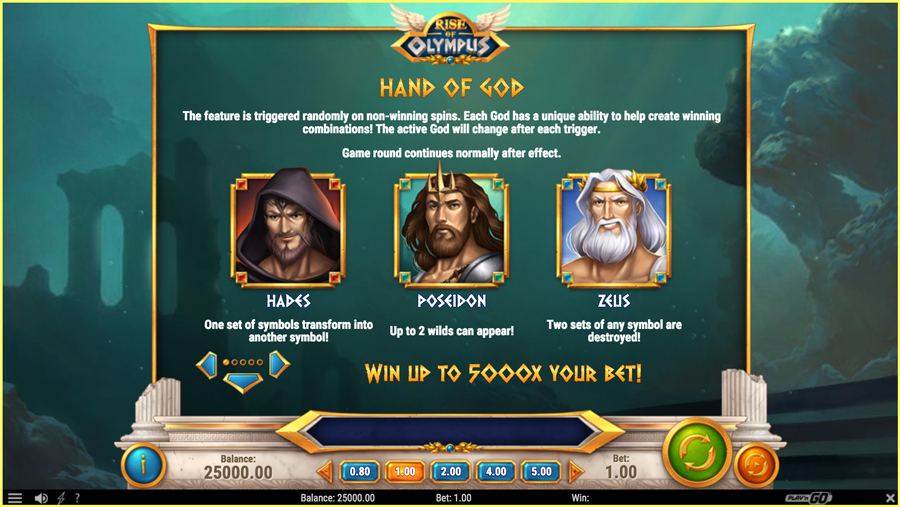 The next mini feature is Wrath Of Olympus, this feature is triggered by filling all 3 parts of the meter on the left of the screen, this can only be done by getting wins with the God symbols, you get 1 section for a 3 of a kind, 2 for a 4 of a kind and the whole meter filled for a 5 of a kind, once this is triggered you get a new grid and each God takes a turn at using there unique power, this can lead to some great wins and often clears the screen of all symbols giving you the main feature were playing for, let’s take a look at that below! 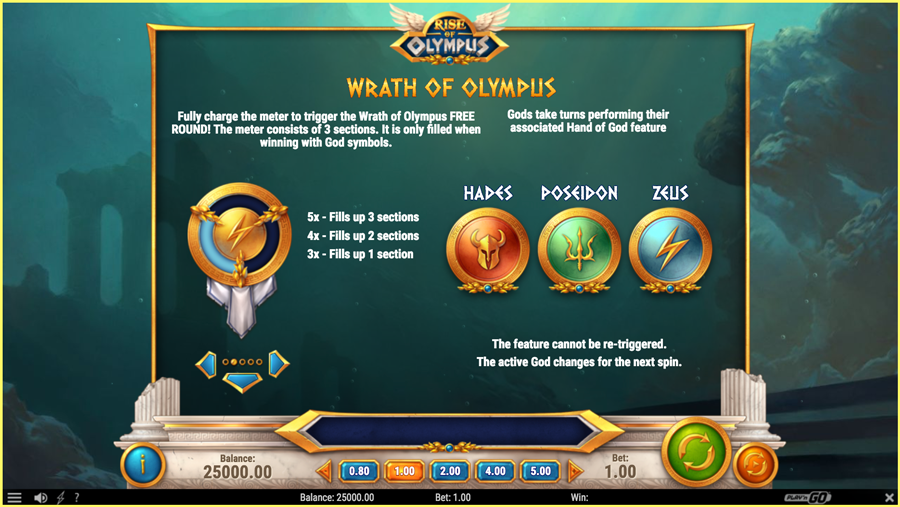 Upon clearing the screen in Rise Of Olympus the free spins are triggered and you have the choice of 1 of the 3 Gods, each one has a different win potential with there special power’s. Zeus is the lowest variance and gives you 8 freespin’s, Poseidon is medium variance with 5 freespin’s and finally we have the one I would always pick which is the highest variance Hades with only 4 freespin’s but the most potential for a huge win. During the freespin’s your multiplier increases with every new drop and can reach a maximum of 20x, the Olympus meter also fill’s up as it does in the base game but instead of awarding the Wrath Of Olympus it gives you a re-trigger of more spins, the re-triggers are capped up to a maximum of 20 by which time your multiplier should be huge! 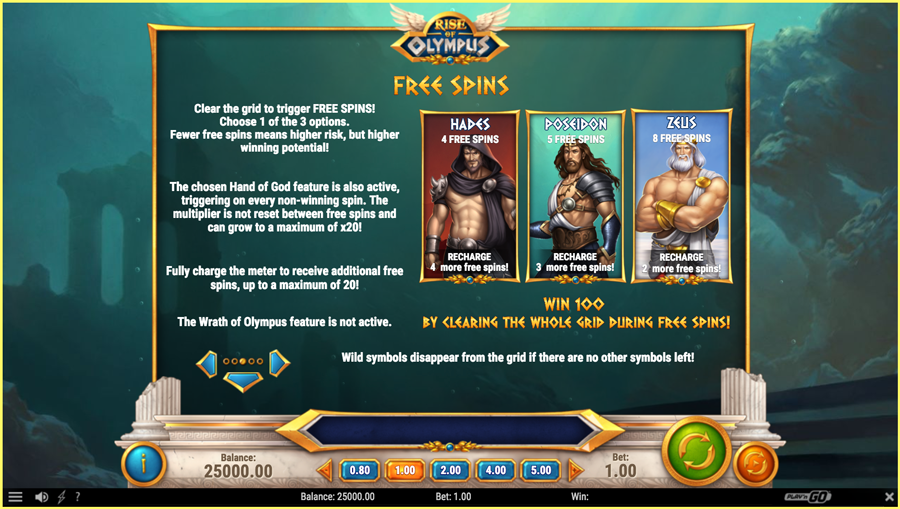 The paytable in Rise Of Olympus is dynamic and adjusts in real time as you change your bet, starting with the lowest symbols we have the blue lightning and green trident which pay 2x for a full line. The red mask and golden harp pay slightly more at 3x although your going to be needing a decent multiplier to make them worth while. 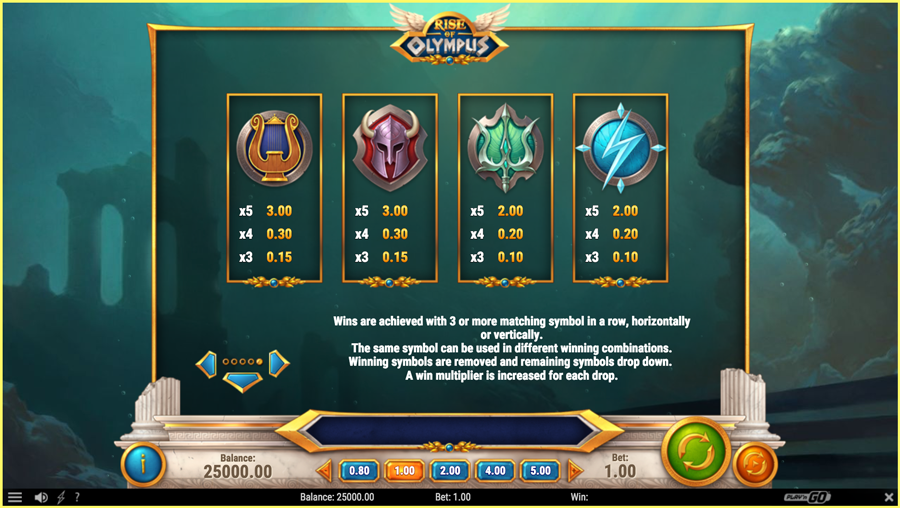 Moving on to the premium symbols we have the mixed God’s paying 5x for a mixed line of 5, the God’s on there own pay 10x and a line of the wild symbol pay’s a huge premium of 50x, obviously we want these combinations with the max multiplier of 20x where they all become at least a 100x all the way up to 1000x for the wilds! The game boasts a maximum win of 5000x total stake. 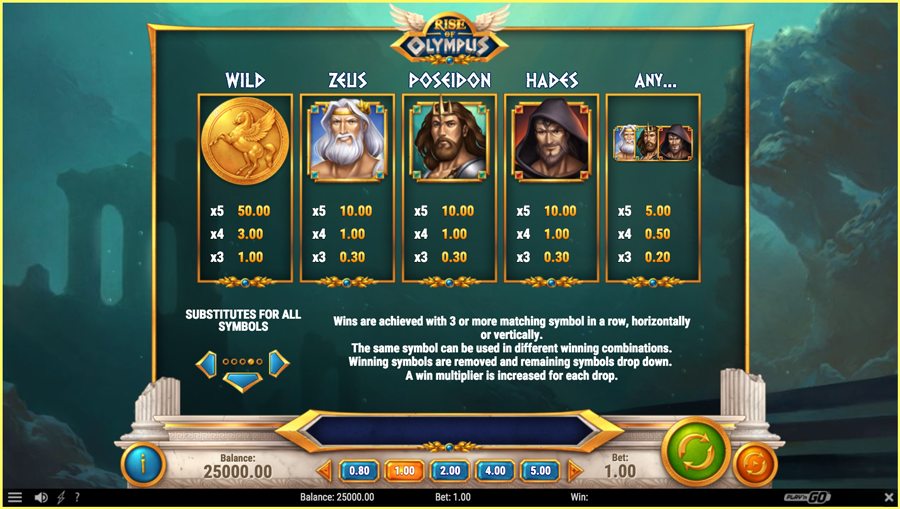 Final Thoughts On Rise Of Olympus

Rise Of Olympus has an RTP of 96% and although it has a potential max win of 5000x I wouldn’t automatically class it as high variance, instead I’d say its more of a high medium variance especially as you have the option to pick how volatile your freespin’s are with the 3 choices. The graphics were clean and what you’d expect from these modern games and the sounds fitted the theme well, I enjoyed playing it and as I’m familiar with Moon Princess I had no problem understanding the mechanics of the game. If you fancy a game with the God’s there’s a link below and as always thanks for reading!