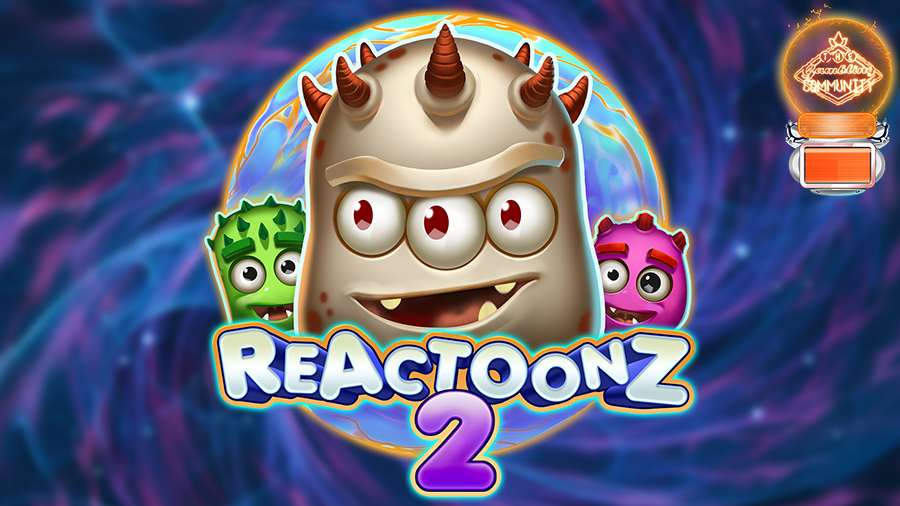 They’re back! The Reactoonz make a triumphant return to the reels in a brand new Play’n GO slot adventure. Reactoonz 2 is the long-awaited sequel to the hit 2017 slot game Reactoonz and all the original Reactoonz have returned as symbols for this new adventure; that’s 4 Lil’ Reactoonz, 4 Big Reactoonz and, of course, the Wild GARGANTOON! The game also introduces two new wilds, the Electric Wild and the Energoon Wild so let’s get stuck in! 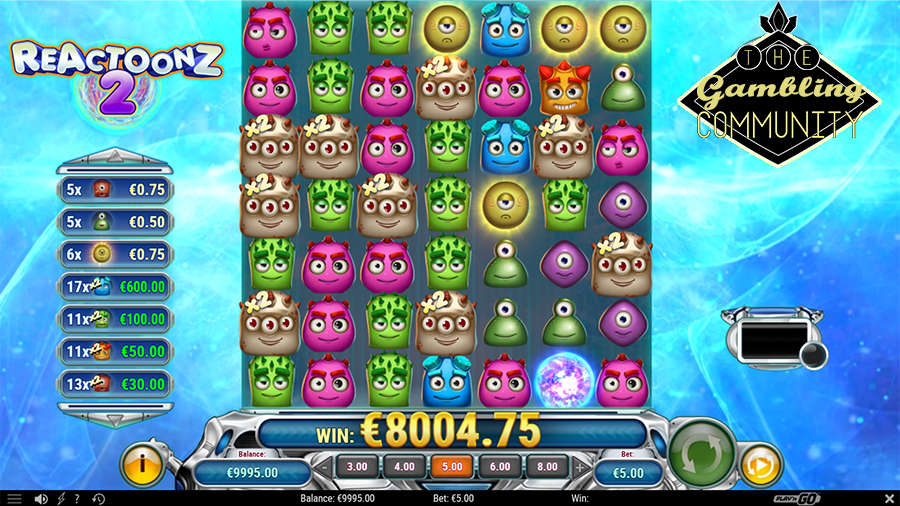 Reactoonz 2 is played on a 7×7 cascading grid just like the original but full of new features and also sporting a brand new look!

A collection of five identical Reactoonz in a cluster of any shape gets you a base game win, but they must be either horizontally or vertically adjacent, not diagonally.

The Wilds in the game will stand in for any other symbol to help you get those wins, but Each Wild plays a different part in the game, so let’s take a look! 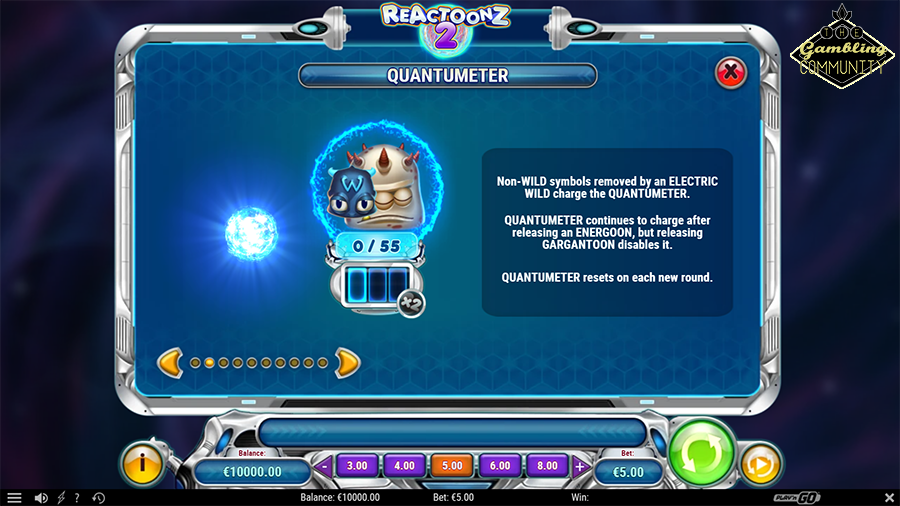 Electric Wilds don’t land on the grid; they’re created whenever the chosen symbol in the Fluctometer (more on that later!) creates a winning cluster on the grid and you get one Wild for every cluster that symbol creates.

If two or more Electric Wilds are left on the grid after this happens, a few things can occur:

Uncharged Wilds are Electric Wilds created on the grid at the start of a round. They can remain inactive on the grid, and can also act as blockers until they’re charged. 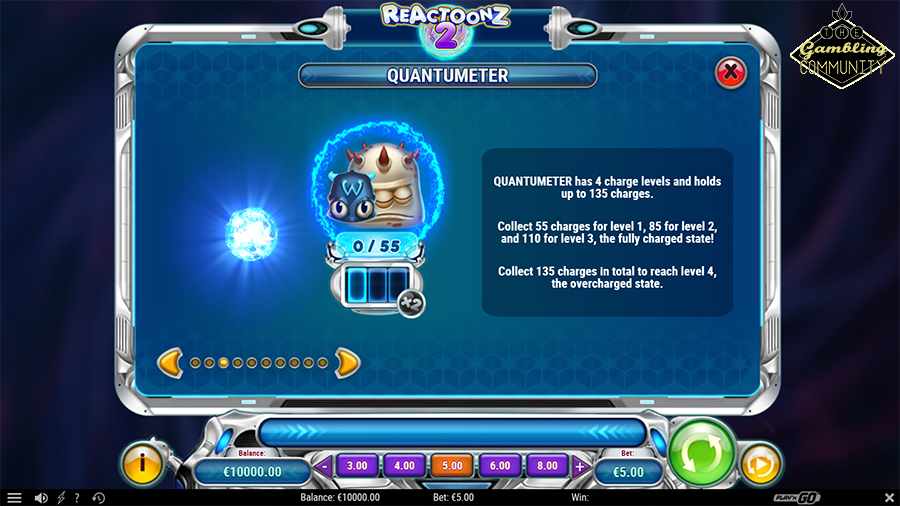 The Quantumeter is what you use to summon the Energoon and Gargantoon Wilds onto the grid. Any time an Electric Wild is part of a cluster or zaps any Reactoonz on the grid, it will charge up the Quantumeter, each symbol counts as one charge. There are three levels of charge, plus an extra overcharge you can achieve.

Fifty-five charges reach level 1, another 30 from there hit level 2, you need another 25 after that to reach level 3 and, a final 25 will overcharge the meter. 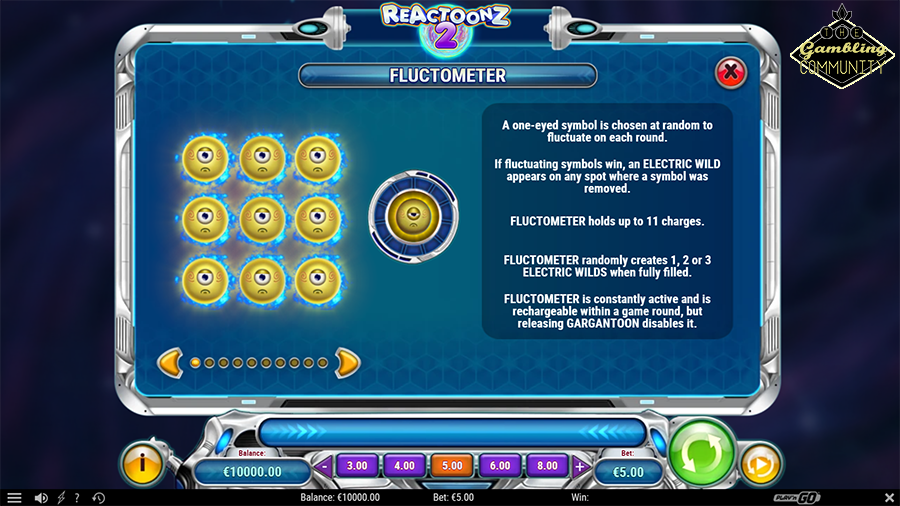 Now, for the Fluctometer! This sits at the top right of the grid and each round will choose a Lil’ Goon to be the fluctuating symbol.

Any time that the fluctuating symbol is removed from the grid, it will charge the Fluctometer. This happens whether they are removed in a cluster or destroyed by Electric Wilds.

Once the meter is full, it will randomly reward you either 1, 2 or 3 Electric Wilds, which it will place on the grid. 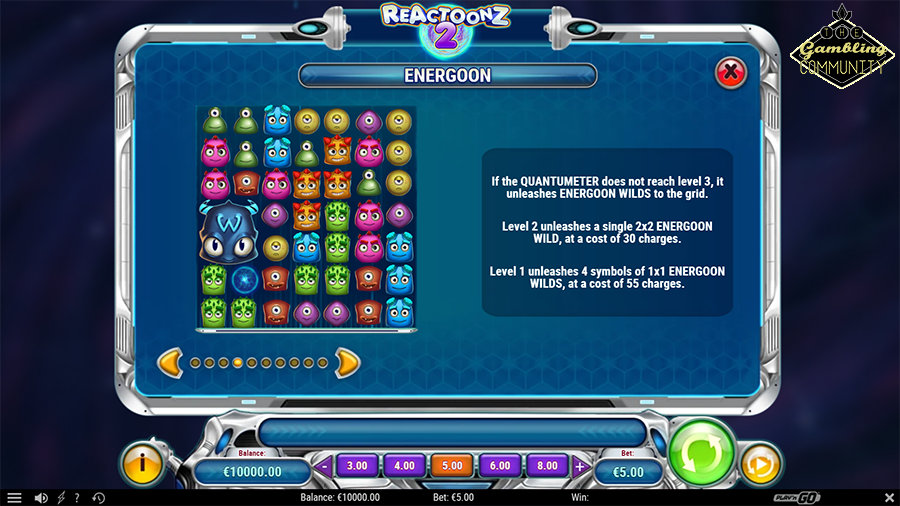 If you reach level 1 or 2, it will activate the Energoon. At these levels, the Quantumeter can also be recharged by more symbols to re-energise the Energoon, until level 3 is reached, or you don’t get enough charges to re-trigger level 1 or 2.

If you reach level 2, both levels will play out consecutively:

Reaching level 3 means it’s time for GARGANTOON! Once you hit level three, you can’t recharge the meter once it’s activated, but you can overcharge it to get a x2 multiplier on your Gargantoons.

Once you reach level 3 or overcharge, each level will play out consecutively, and a level is complete once all your wins and cascades are done. Gargantoons are removed with any wins, as usual. 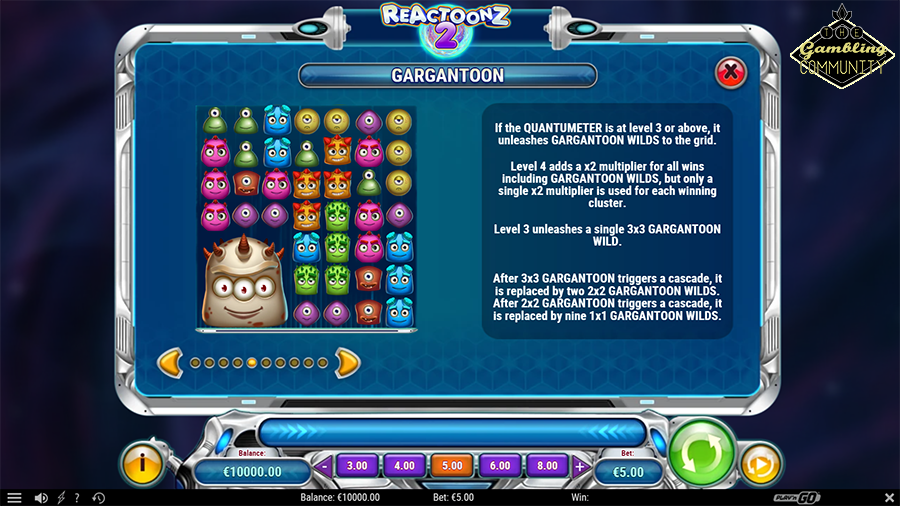 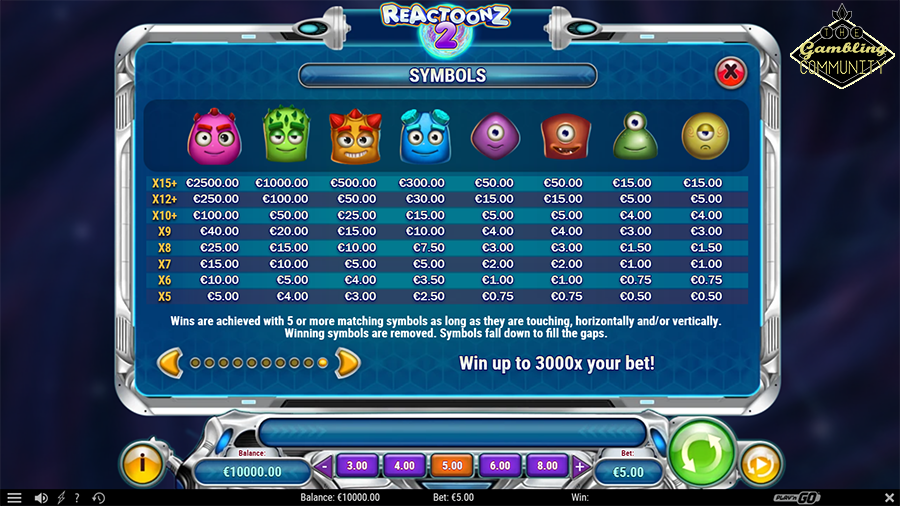 Reactoonz 2 has a default RTP of 96.20% and I’d put it in the higher variance category with the first version, Play’n’Go rate it as an 8 out of 10 but as most players will know, it can feel like a 10 on a cold day!

As always, thanks for reading and good luck if you’re having a bet.

We have upgraded the x2 Gargantoon Wild making it even more powerful alongside large HP clusters. As a result of this, the potential of the game has now risen to 5083x!