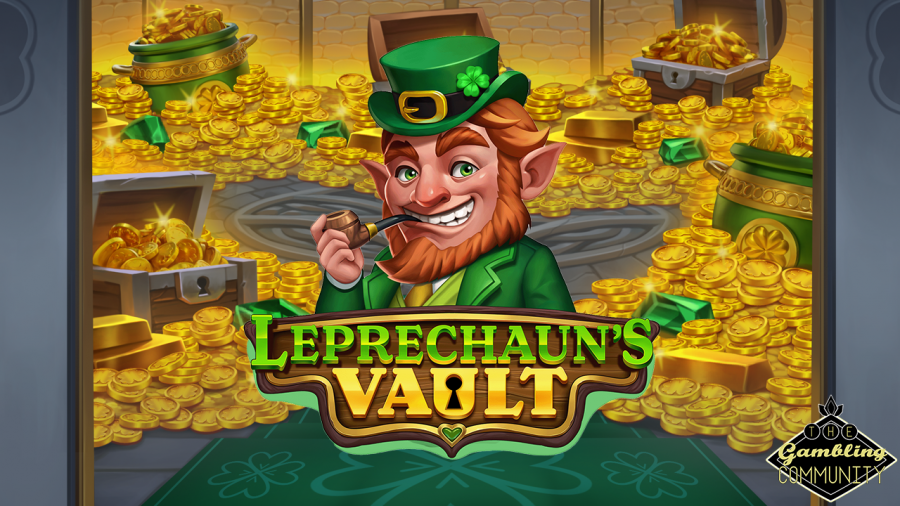 You see, he has a locked vault full of magical treasures that defy even the greatest imaginations! But mischievous fairies of the fen have stolen the keys. 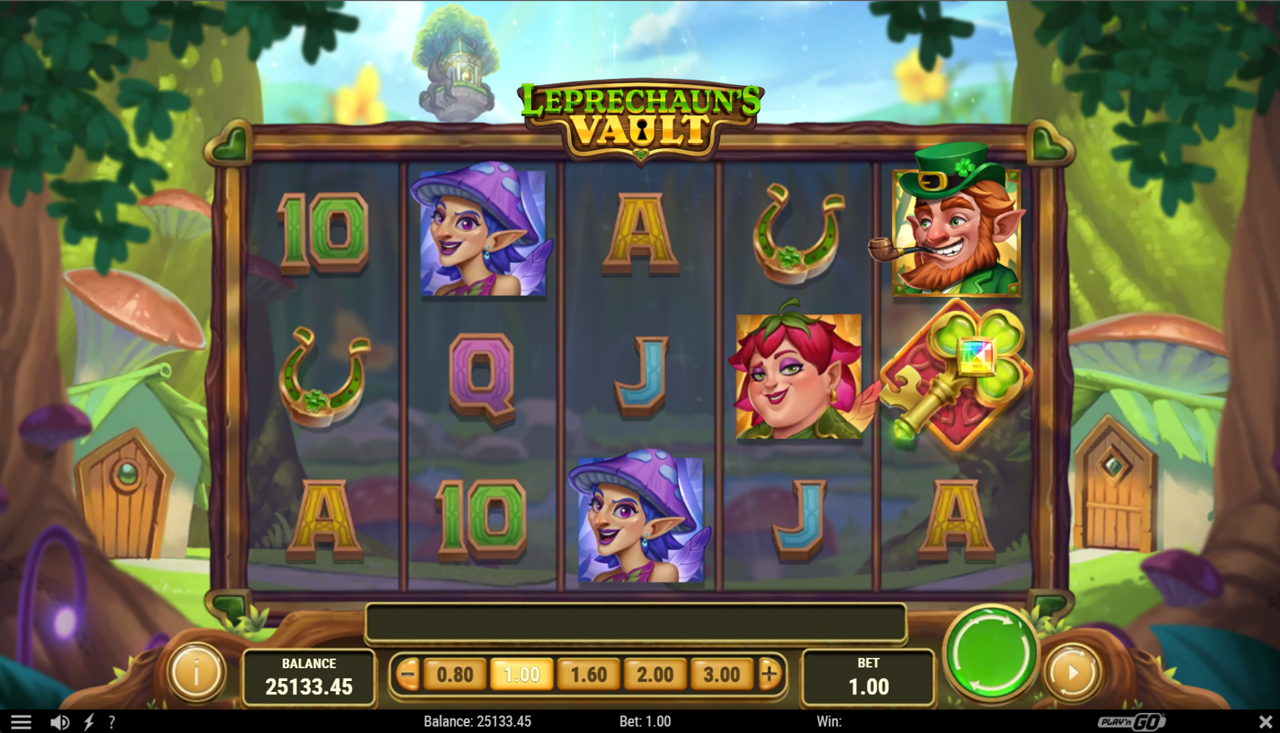 Leprechaun’s Vault is a 5 reel, 3 row slot with 20 fixed paylines.

Multiplier Wilds appear on reels 2, 3 and 4 and each Wild reveals a random multiplier of x2, x3 or x4, if there is more than 1 Wild as part of a win the Multipliers are added together. 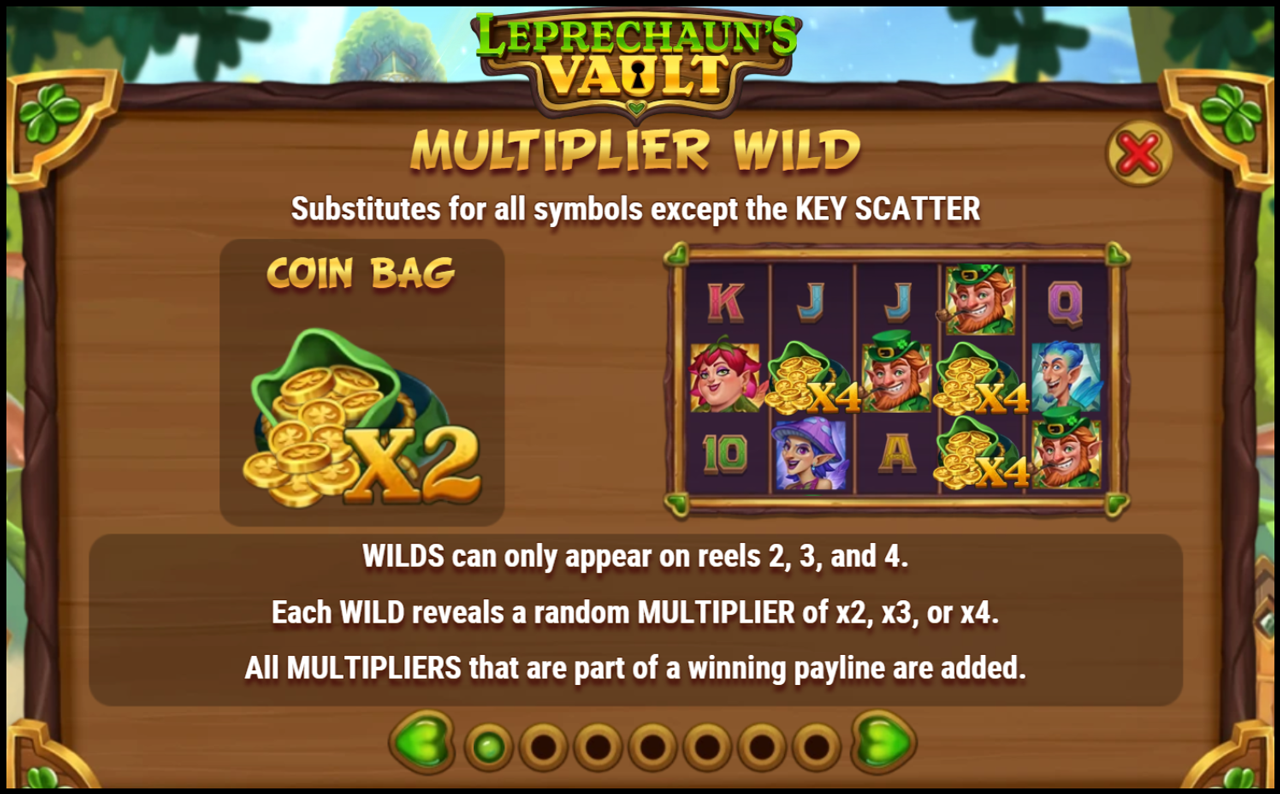 The Treasure Free Spins are triggered by landing 3 of the Key Scatters, these only appear on reels 1, 2 and 3. 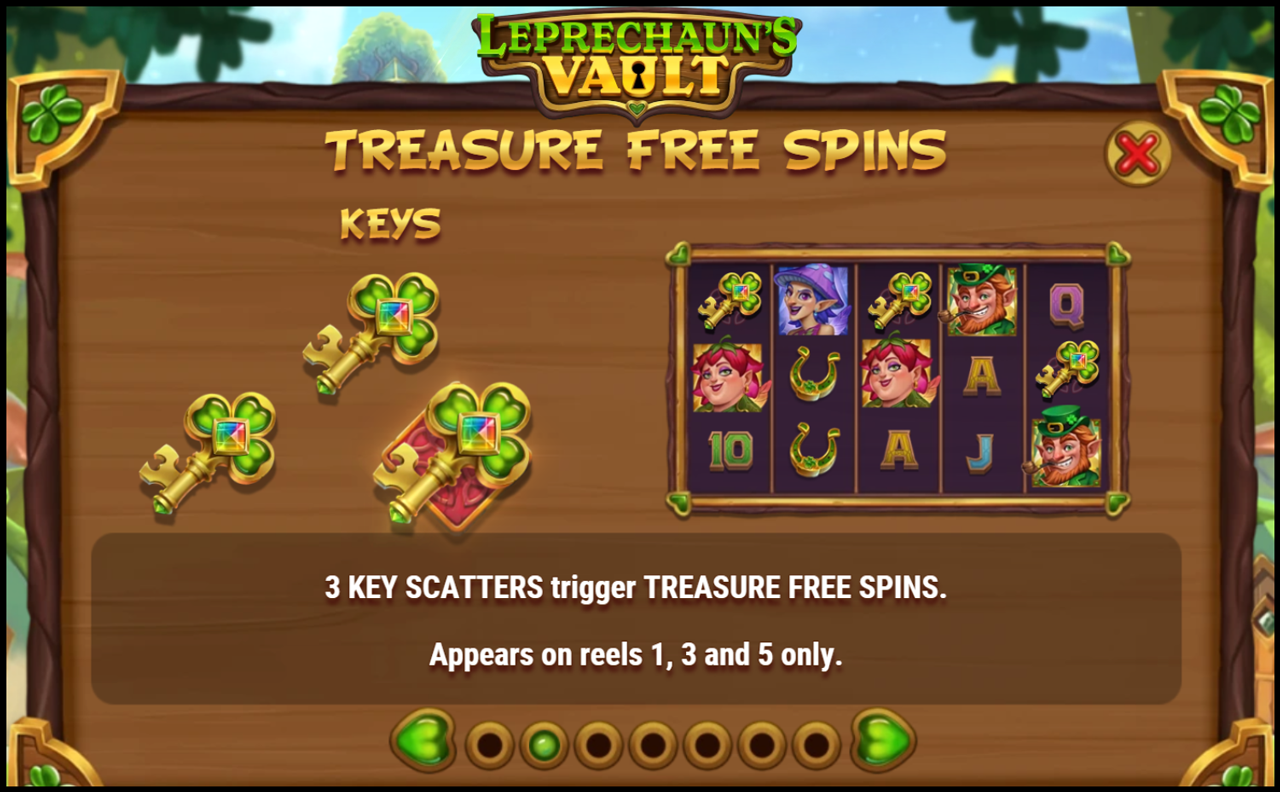 When the feature is triggered you’re taken to the Free Spins Vault where 4 reels spin and each reel can award between 1 and 6 Free Spins giving a total starting amount between 4 and 24 Free Spins. My 2 test features both awarded 12 Free Spins and I won 152x on the first feature and 36x on the second. 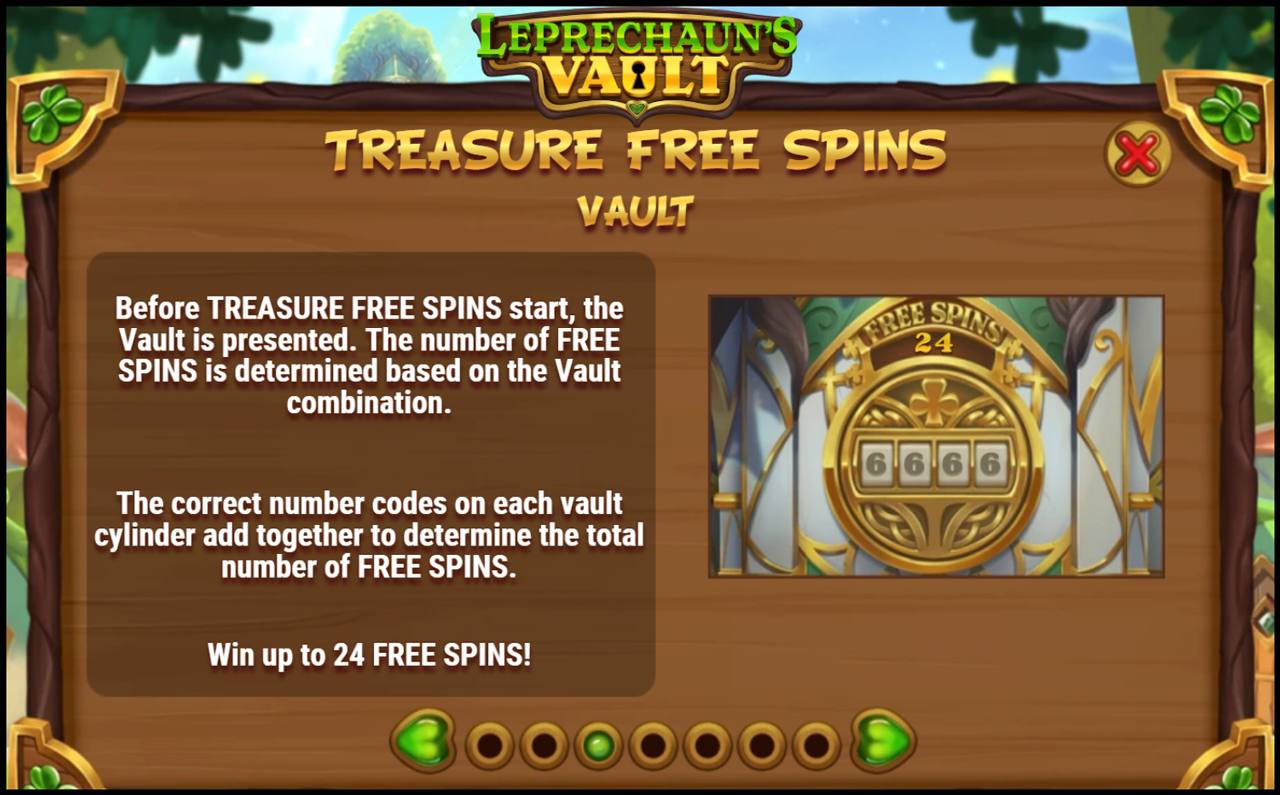 During the feature all Multiplier Wilds that land are sticky and remain for the duration of the feature, the maximum amount you can land in total is 9 and this is where the potential is, especially if you start with 24 Free Spins! 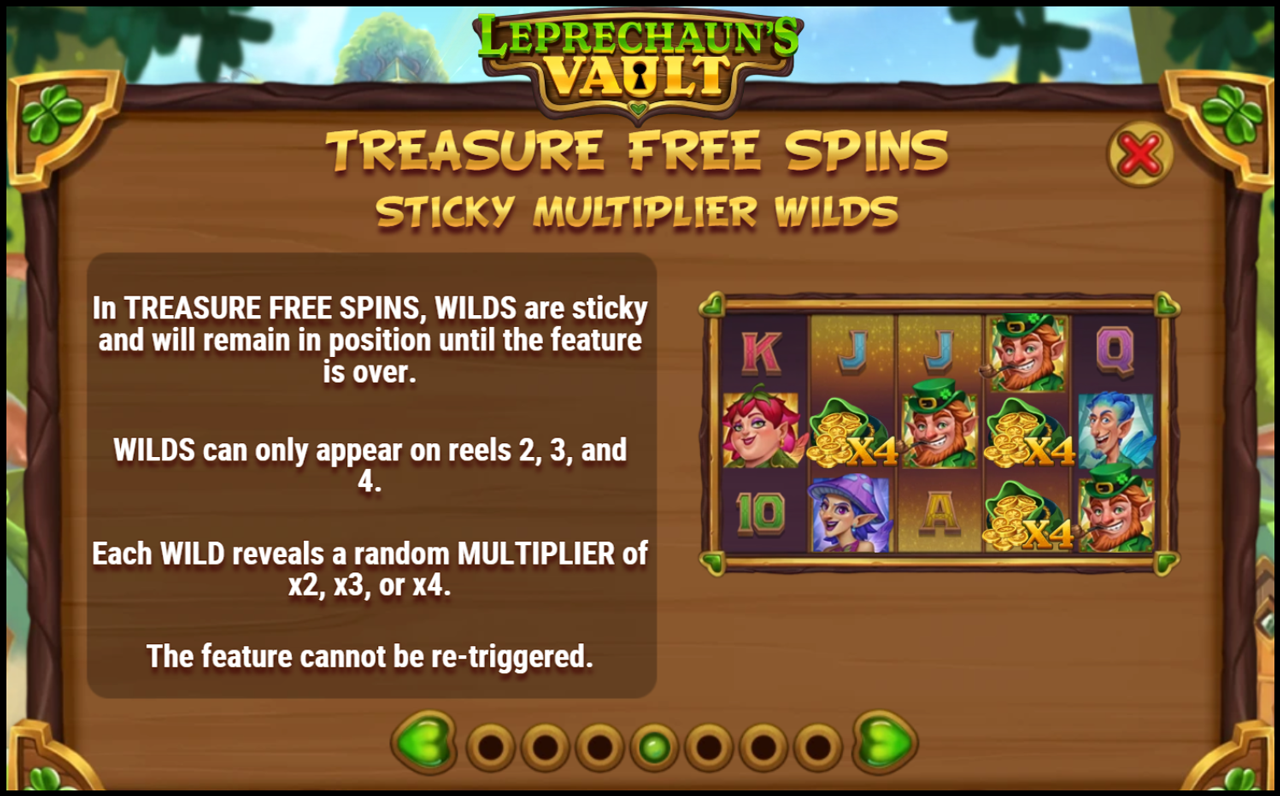 The paytable in Leprechaun’s Vault is dynamic and changes with your stake, the example below is set to £1 per spin for clarity. We start with the 10’s, J’s and Q’s that pay 1.25x for a full line of 5, the K’s and the A’s pay 2.50x respectively. 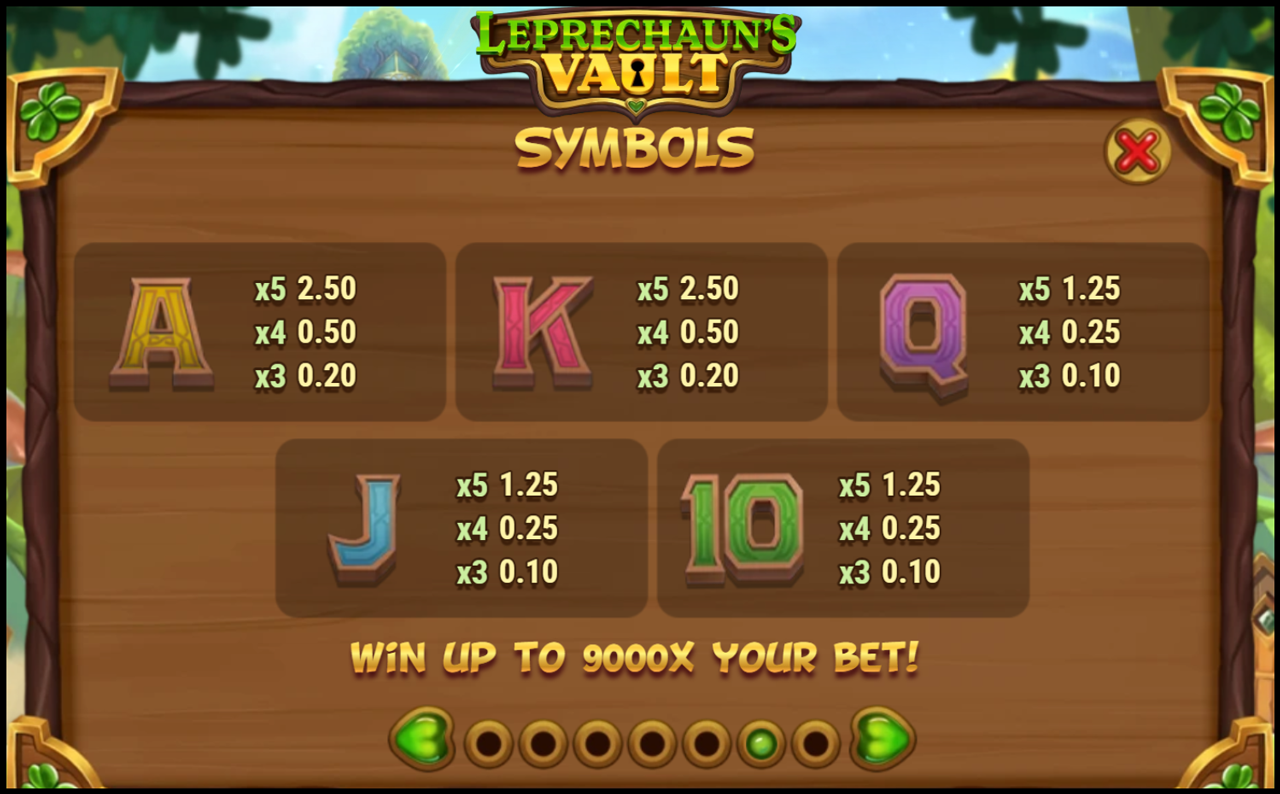 Moving on to the premium symbols we have the Lucky Horseshoe paying 5x, the Green Hat pays 6.25x, the Blue Fairy pays 10x, the Purple Fairy pays 15x, the Pink Haired Fairy pays 20x and the top symbol of Larkin the Leprechaun pays 37.5x for a full line. 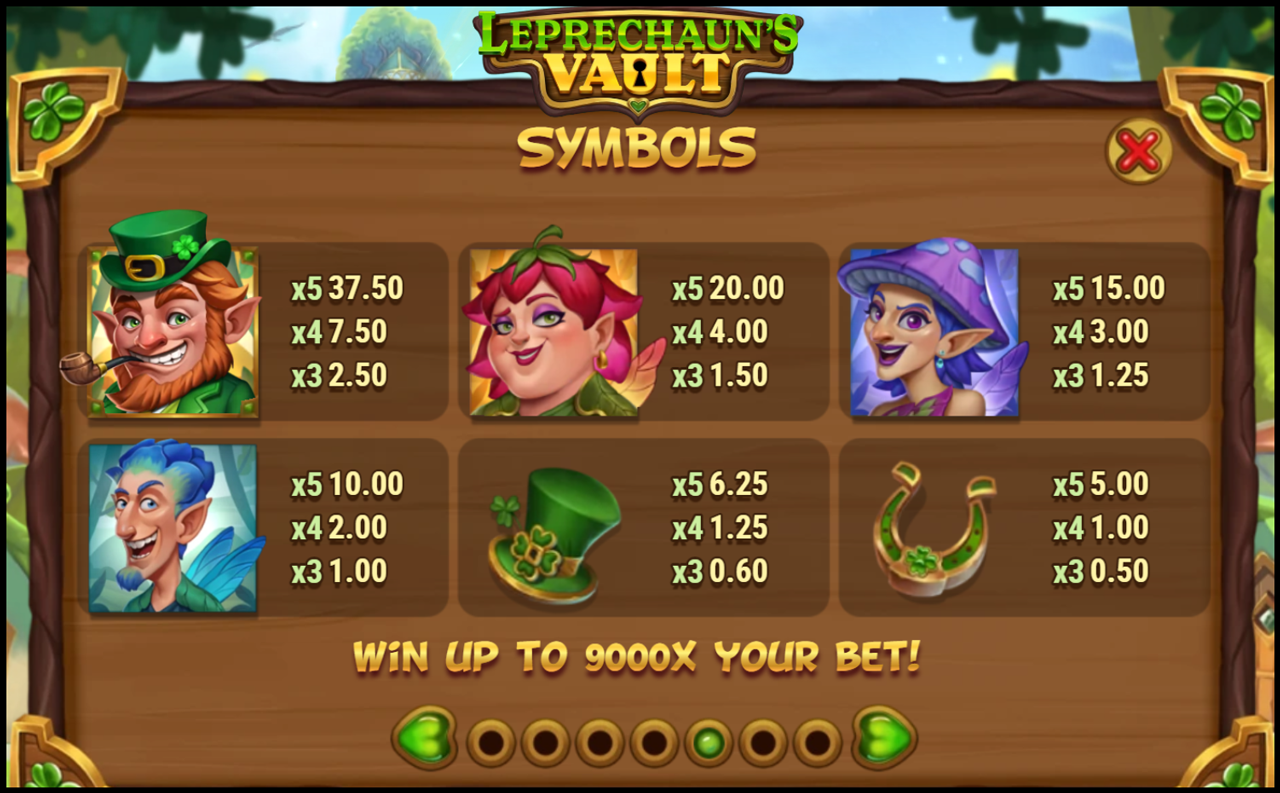 Leprechaun’s Vault has an RTP of 96.20%, the volatility is rated High and the maximum win is 9,000x stake. The graphics and animations are pleasant to the eye and the gameplay is smooth and engaging, dead spins were also something I didn’t notice as nearly every spin a win was being formed and those that didn’t were few and far between.

Leprechaun’s Vault is a simple game but with sticky Multiplier Wilds in the feature coupled with a maximum of 24 Free Spins makes it a winner in my book and gives it huge win potential, I will certainly be playing it in the future.

As always thanks for reading and if you fancy chasing the rainbow there’s a link below to a TGC trusted casino.