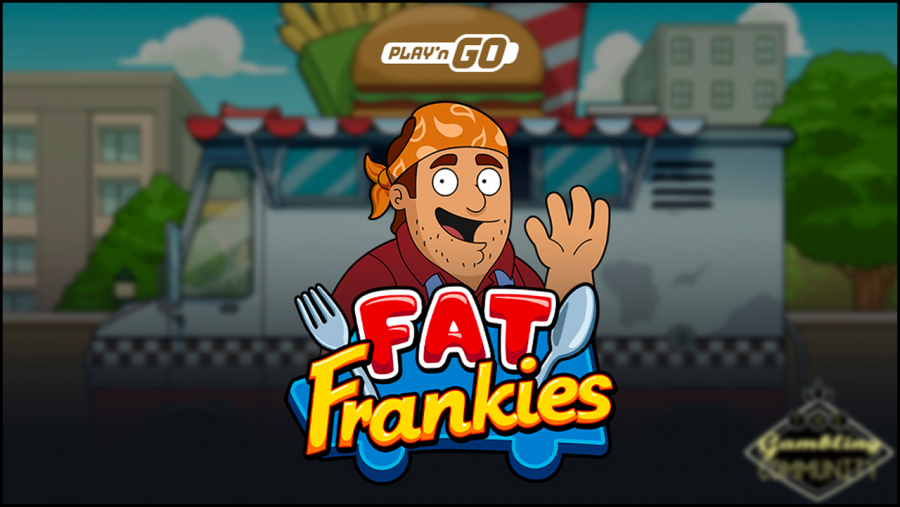 Did Veganuary leave you craving a big juicy burger or a greasy kebab, well if it did Fat Frankies is just the place for you, with nothing healthy on the menu and plenty of meat and grease, Fat Frankies is the latest politically incorrect offering from Play’n Go, let’s take a bite and see what its about. 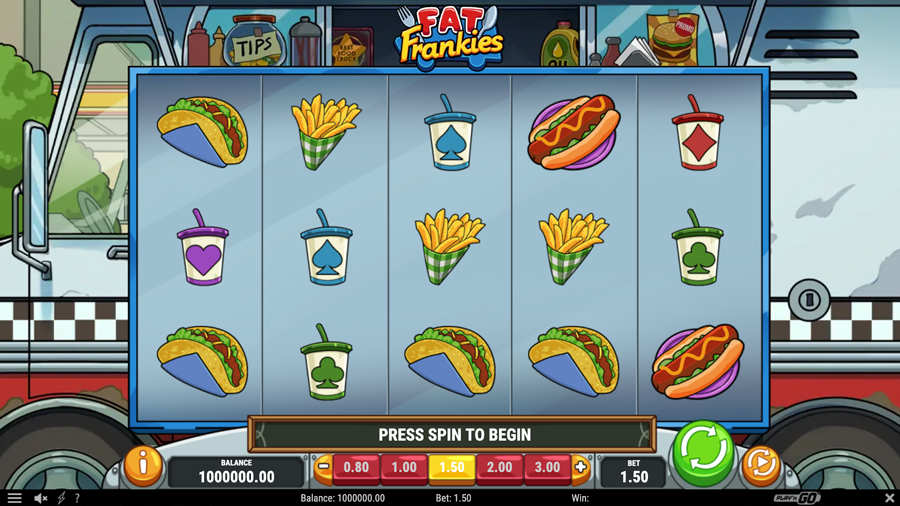 Fat Frankies has a 5 reel by 3 row setup with 243 ways to win. The initial feel I got from the slot was like a Simpsons style graphics particularly the eyes crossed with a Bob’s Burgers theme, not the one nor the other of those are South Park so it doesn’t impress me, however it is nice to look at, on the flip side the repetitive sayings every spin wore thin very quickly. “Whats your order?” “Whats up?” “Thanks for coming” in random order every single spin! 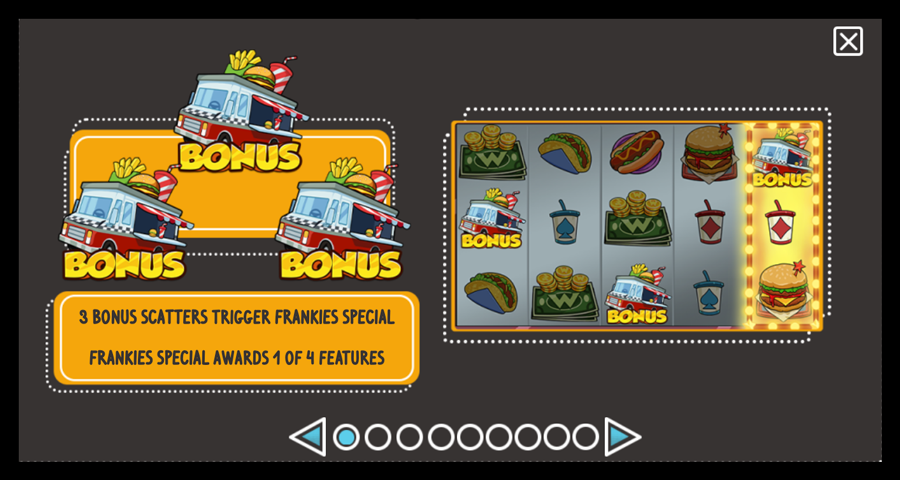 During the base game you need to land 3 of the burger van scatters to enter 1 of 4 features. It’s very simple, you enter the bonus round and the 4 features spin round similar to a Blueprint slot and then the feature starts, there is no gamble and no re-spin. 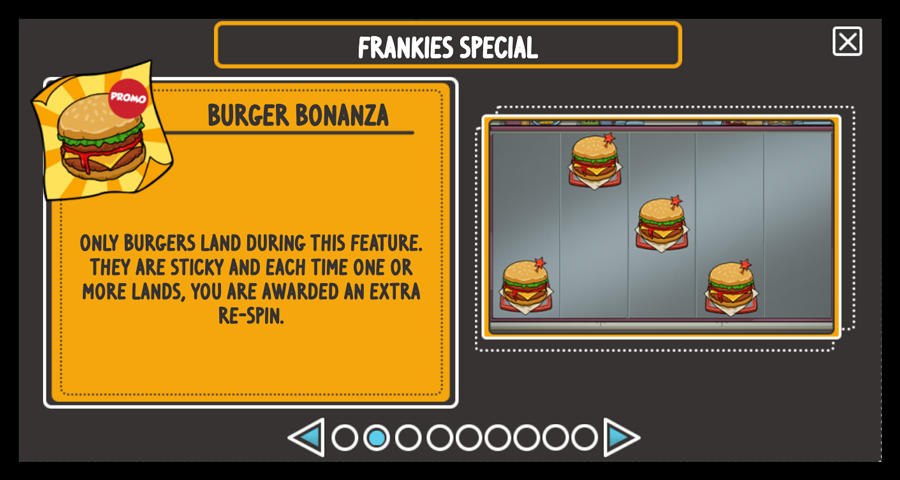 BURGER BONANZA: This feature activates a Re-Spin. Only burgers land during this feature. They are sticky and each time one or more lands, you are awarded an extra Re-Spin with up to 15 spins. The feature ends when no burger lands on the reels. 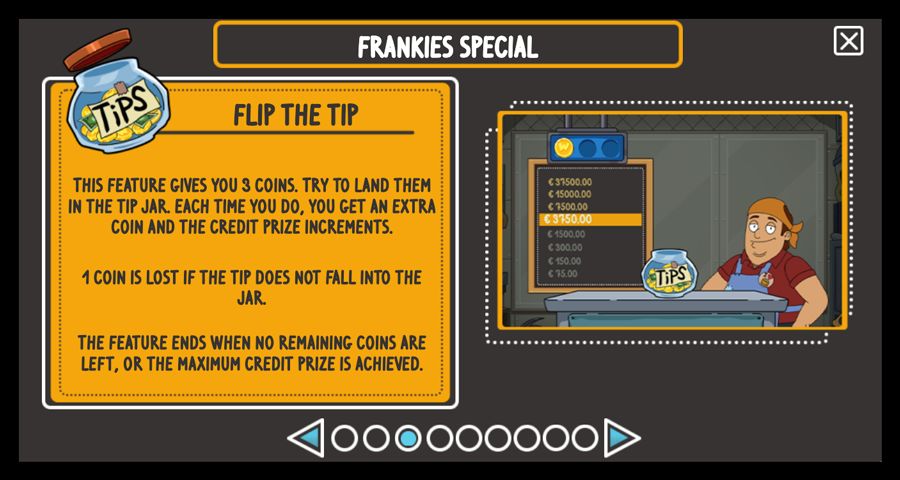 FLIP THE TIP: This feature gives you 3 coins. The credit prize increases if the coin gets inside the jar. If the coin does not fall into the jar, a coin is lost; otherwise, life is regained. The available credit prizes are 5x, 10x, 20x, 100x, 250x, 500x, 1000x, and 2500x multiplied by the total bet staked. The feature ends when no remaining coins are left, or the maximum credit prize is achieved. 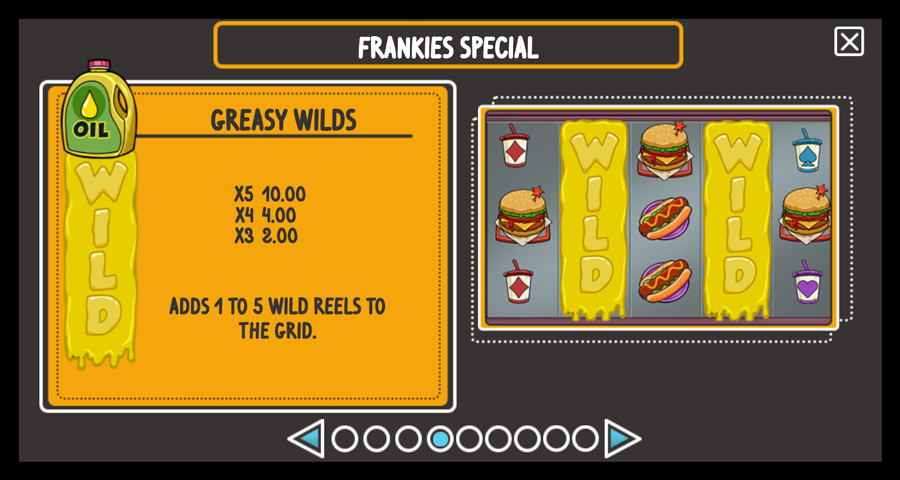 GREASY WILDS: A spin with 1 to 5 WILD reels will be randomly added to the grid, this I’d imagine is the 3rd best feature as a full screen would pay 2430x which is under half the games top payout and just shy of the 2500x you can win with flip the tip. 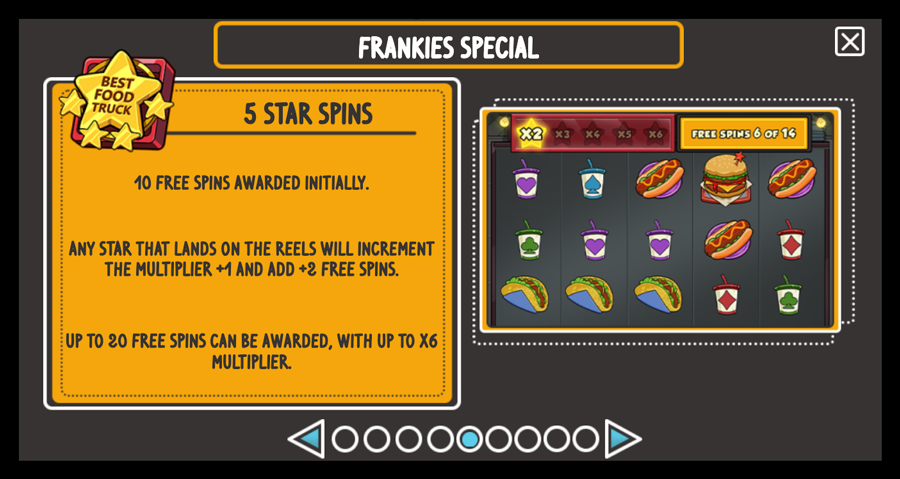 5 STAR SPINS: 10 Free Spins awarded initially. Landing a Star on reels 1,3 or 5 activates 1 Multiplier and adds 2 Free Spins. Maximum of 20 Free Spins and X6 Multipliers which to my knowledge is the only way to hit the max payout of 6000x stake 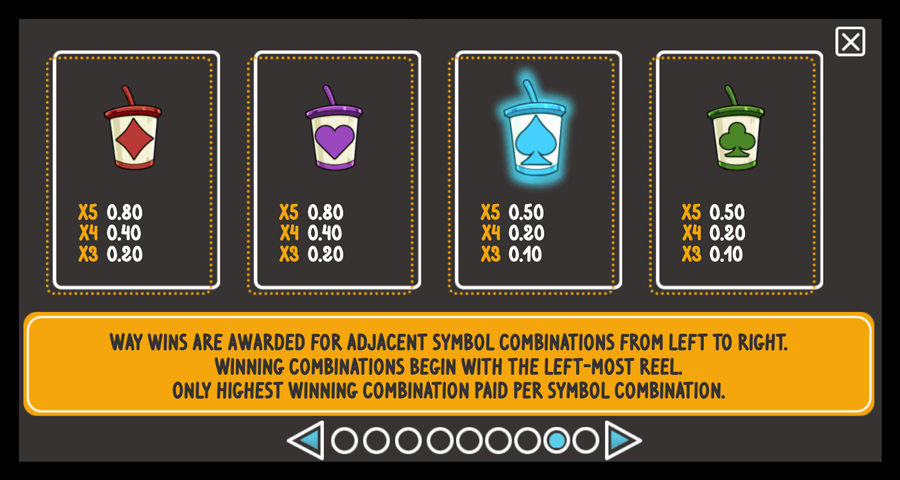 Next we have the premium symbols and we start with a good old portion of chips which pays 2x, a greasy taco is next or a kebab as Rocknrolla calls it and it pays 2.50x, the 20% pork hotdog pays more at 3x and last but not least the top symbol is the Burger which pays 10x to make up for the fact it’s made from roadkill! 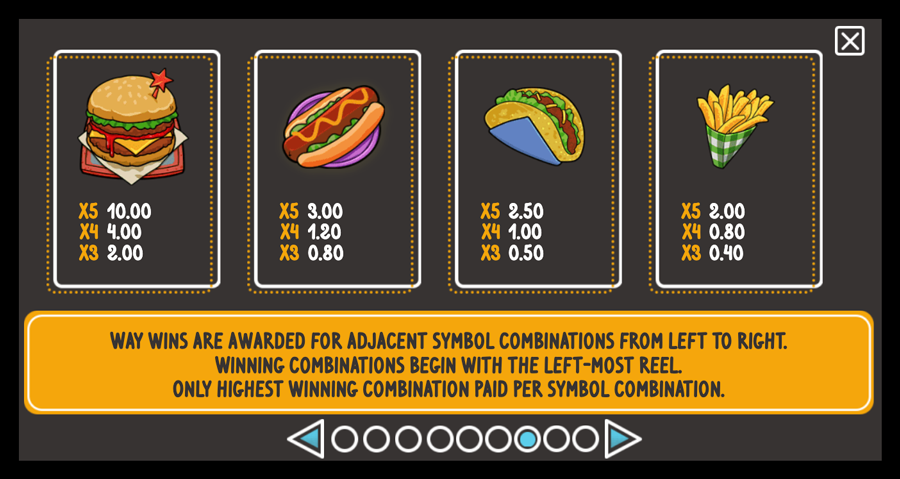 Fat Frankies has an RTP of 96.20% and the volatility is listed as a 6 out of 10 from Play’n Go which translates to medium variance, I would agree and even go as far to say its a 5 out of 10 variance wise, the features land thick and fast but as a trade off the big wins are seldom.

During my test play I had around 8 features and the highest paying one was 73x, however, after an hours play my balance was higher than when I started and as a player I would never grumble about that! I’d say the only annoying part of the game was the repetitive sayings every spin but that is soon sorted with the mute button.

Overall it was fun to play and although it didn’t have me mesmerized it certainly had me engaged enough to continue playing, I’d imagine my next play of this game will be with a bonus balance purely because of the easy to land features.

As always thanks for reading and if you fancy a bite on Frankies burger there’s a link to a TGC trusted casino below.