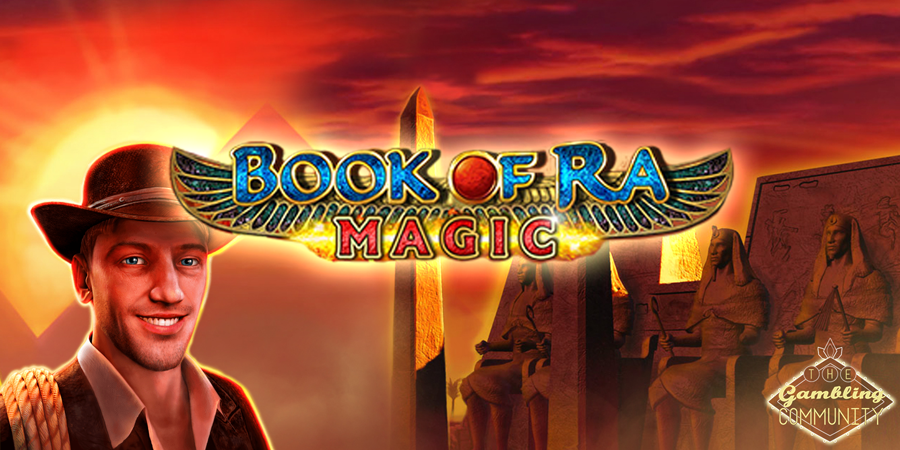 Overview Of Book Of Ra Magic

Novomatic has released a new version of the most popular slot in Europe, Book of Ra and this time its magic! I have no idea what they have in store for us with this sequel but Im keen to explore it and see if it’s as hot as the sun god Ra’s flip flops or just a flop without the flip, lets take a look and see!

Book Of Ra Magic is a 5 by 3 reel setup and plays with 10 lines as default but can be set to as little as 1 line by the player. The base game appears to be identical to the original Book Of Ra Deluxe edition, however the annoying music has been removed and now there’s just the noise of the reels spinning and stopping coupled with some sound effects from Book Of Ra 6 for the scatter teases.

The aim of the game is the same as the other versions too where you need to land at least 3 books to trigger the freespin feature, however theres now a twist to the feature, the twist is that when you retrigger the freespins you not only get 10 extra spins but you also get another expanding symbol, you can retrigger upto 8 times and unlock 9 out of the 10 symbols!

Now this is a great addition to the feature or it would be if it hadn’t already been done by Magic Mirror Deluxe 2 and the more recent Book Of Gods but we’ll let Novomatic off as it’s sure to make the game even more volatile and give us the potential for some even bigger wins.

Book Of Ra Magic has a dynamic paytable and the below was based on a £1 spin, it has exactly the same pay amounts as the original deluxe version with the jackpot symbol being the explorer which pay’s 500x your stake for a full line, should you get a full line of him in the freespins that would expand to pay 5000x as it could before. The scatters are also still wild and substitute for any symbol. 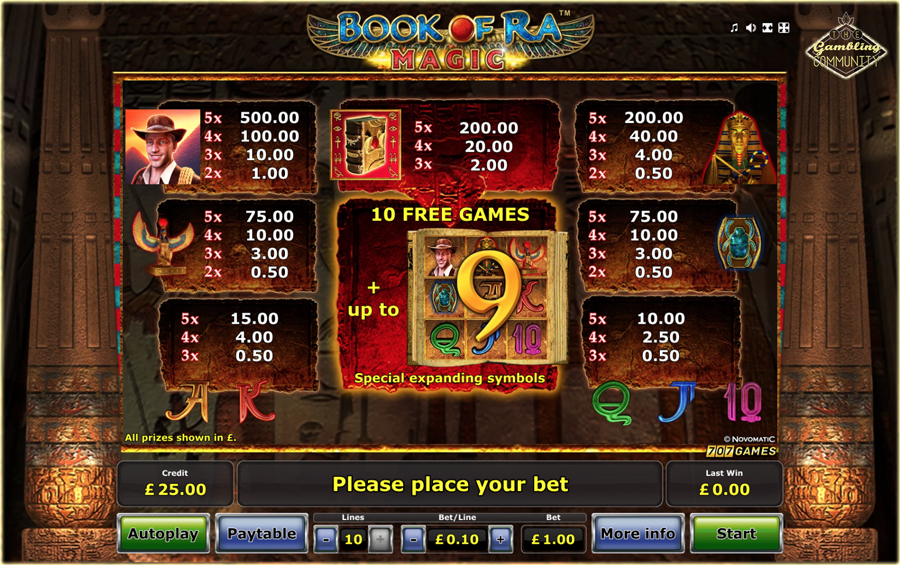 Book Of Ra Magic has an RTP of 95.03% and the variance is up there with the highest, possibly even super high variance depending how many lines you choose to play, I didn’t get a bonus during my testing so that’s an example of how high it is! Overall it’s just Book Of Ra Deluxe with the feature from Magic Mirror 2 Deluxe, which is fine and quite handy should you fancy a game on the former but the casino don’t have Merkur games. The slots not been rolled out everywhere yet so I will update the review with a link to play it in the future, thanks for reading and don’t forget to share your experiences on the forum.