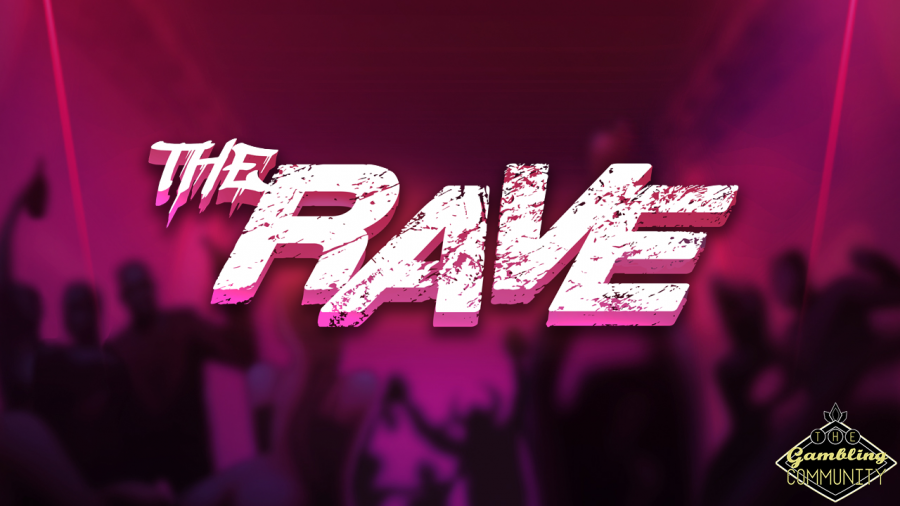 Overview Of The Rave

Get ready to rave to the grave. Literally.

Join Joe Labrador from San Quentin, a.k.a DJ P5ychØ Manhunt on a transcendent journey into the wildest rave anyone has ever experienced. Legend has it that those who lose themselves to the beat here never return – So glow up and let the music take you to all the way up to heaven! Just keep an eye on your water, it might just turn into wine! 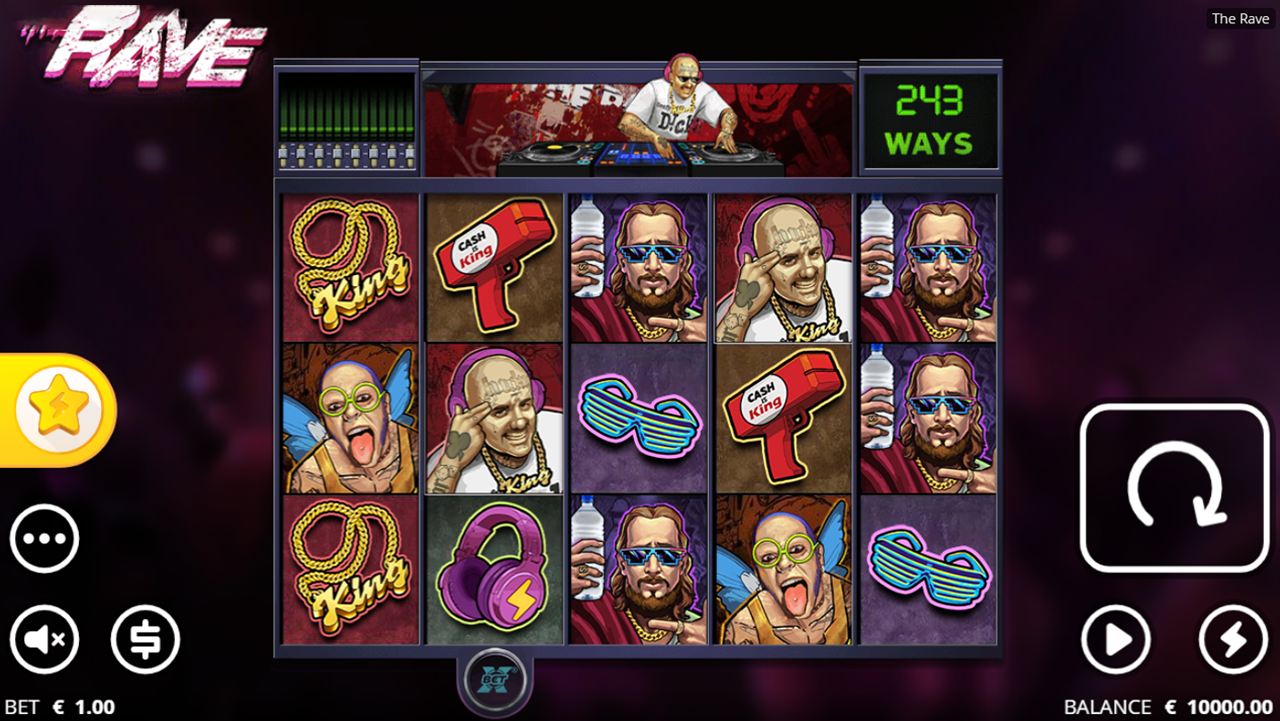 The Rave has a 5 reel, 3 row, 15 symbol setup with 243 ways to win initially but there are plenty of modifiers as we will see so that can increase. During the base game the aim is to land 3 or more Drop The Bass scatters to enter the feature. 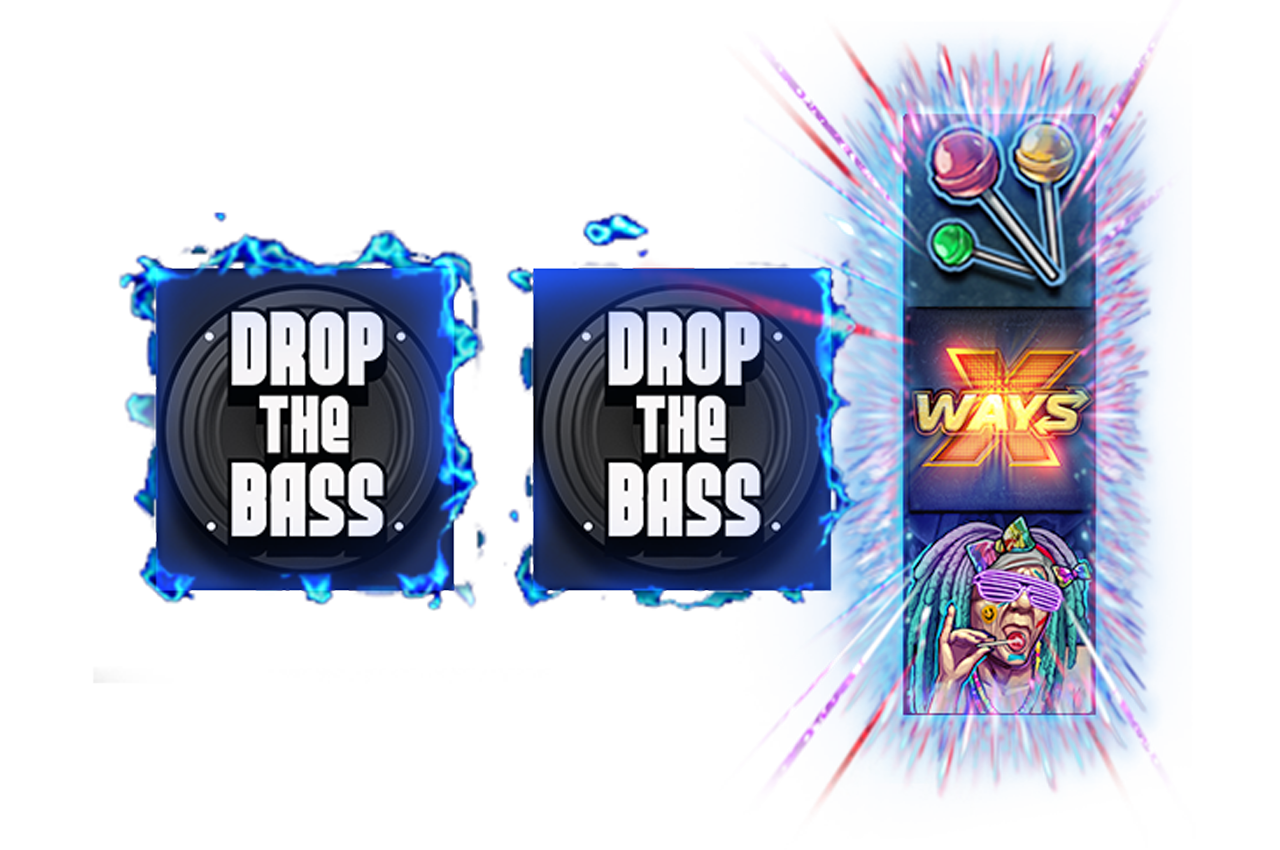 When landing 2 scatter symbols during the base game the enhancer cells will land one of the following symbols.

xWays – Reveals 2-6 symbols of the same kind and expand the reels height. If more than 1 xWays symbol lands they will all transform into the same symbol.

xSplit Wild – Splits each symbol on the reel and double’s those symbols and then splits itself into 2 wilds.

Character Symbols – Any of the higher paying symbols may land in the enhancer cells. 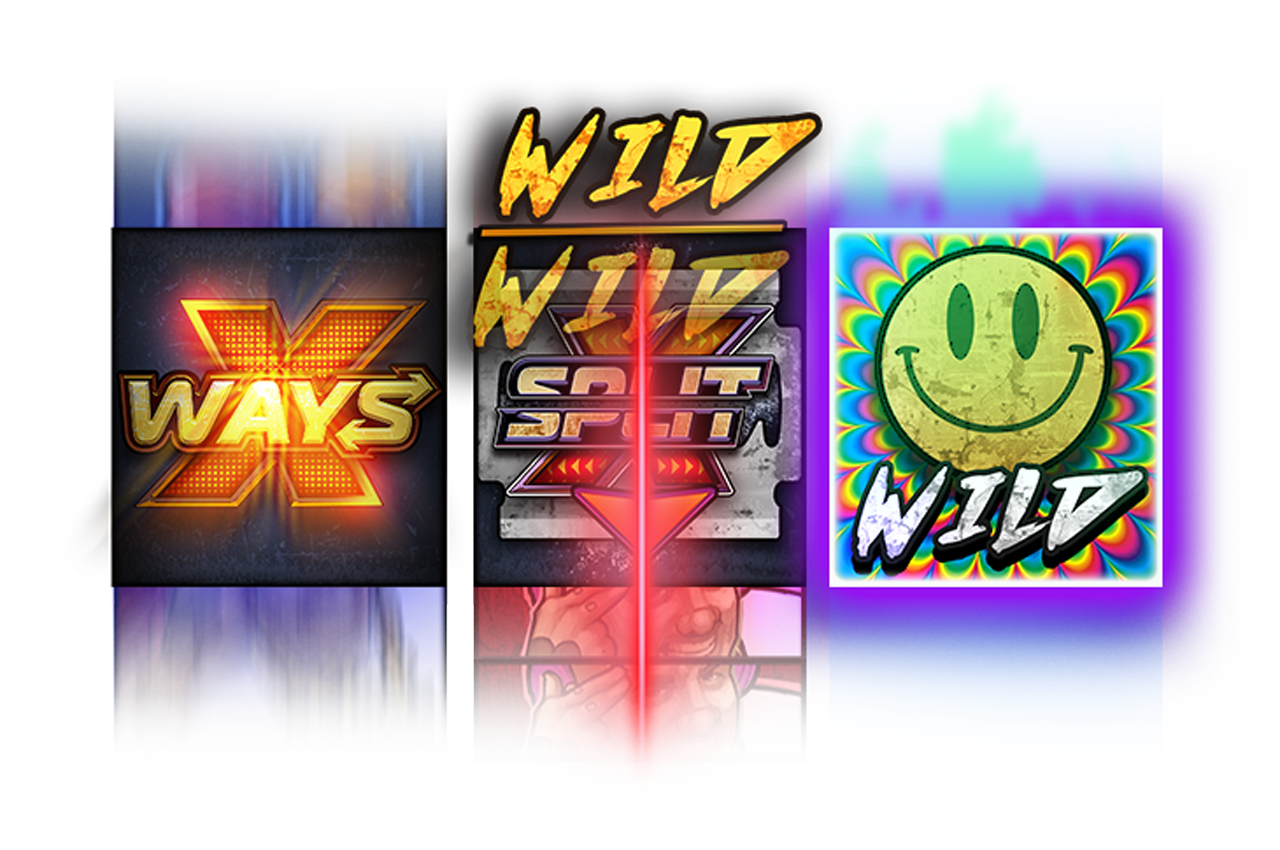 The Rave also has the xBet function where the player can pay 20% extra per spin to guarantee a scatter on reel 2! The payout for each symbol is not affected. 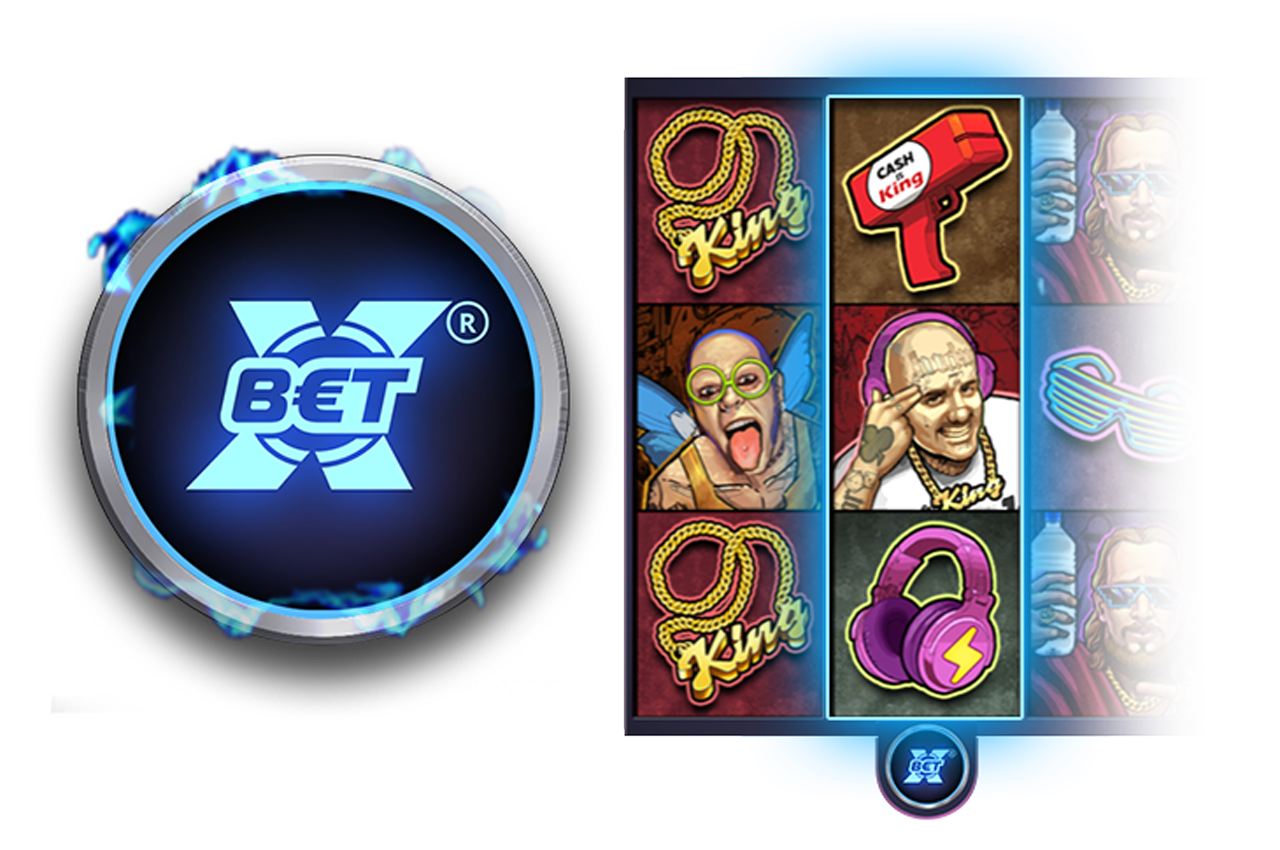 Now onto Double xWays Wild. When two xWays symbols land on the same reel, an expanded xWays Wild will be created across that entire reel. This stacked Wild will hold 6 to 11 Wild symbols. When a full screen of xWays wilds land this will instantly trigger the maximum win of 41,500x stake! 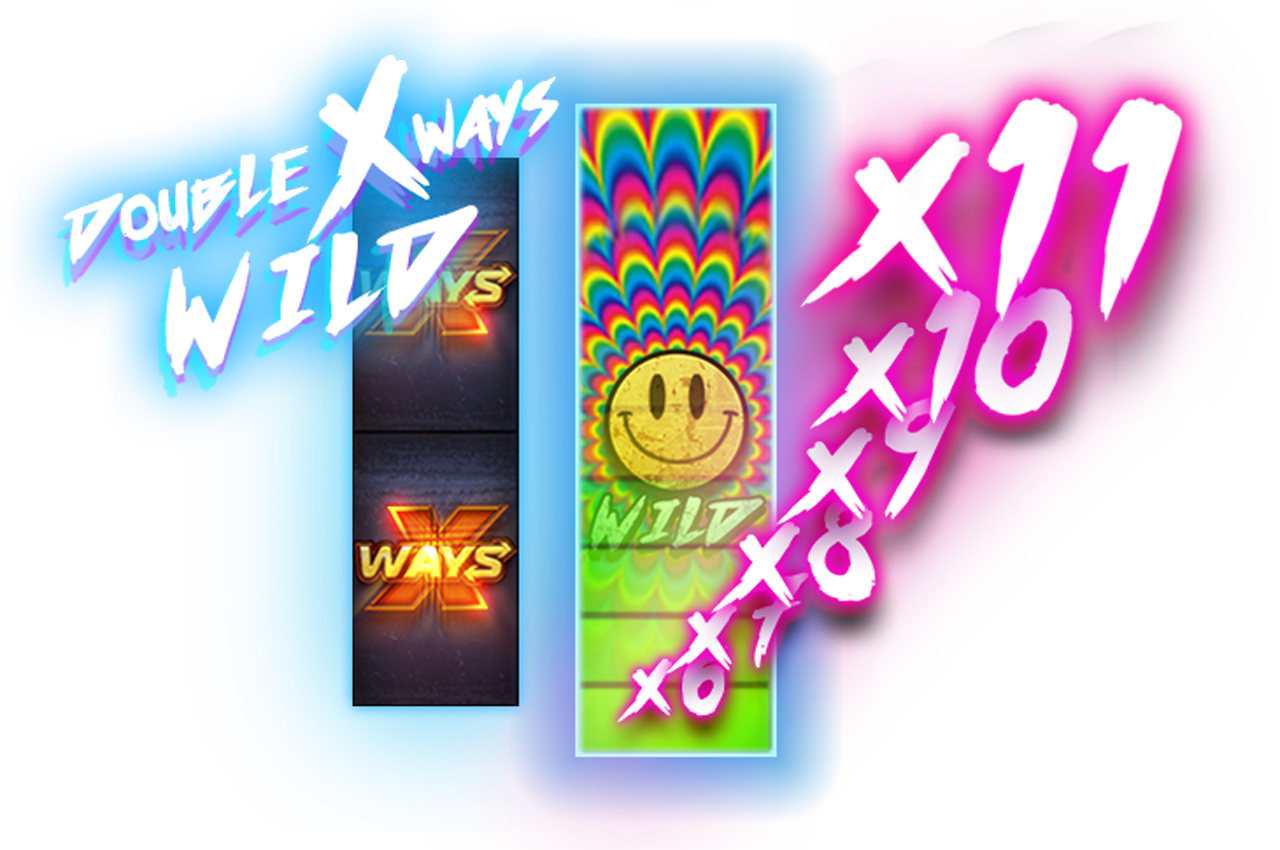 During the feature a symbol multiplier is activated anytime a character symbol lands in the enhancer cells. Each spin you also have a chance to get a random feature of Mashup!, Sidechain or Crossfader which we will look at next. 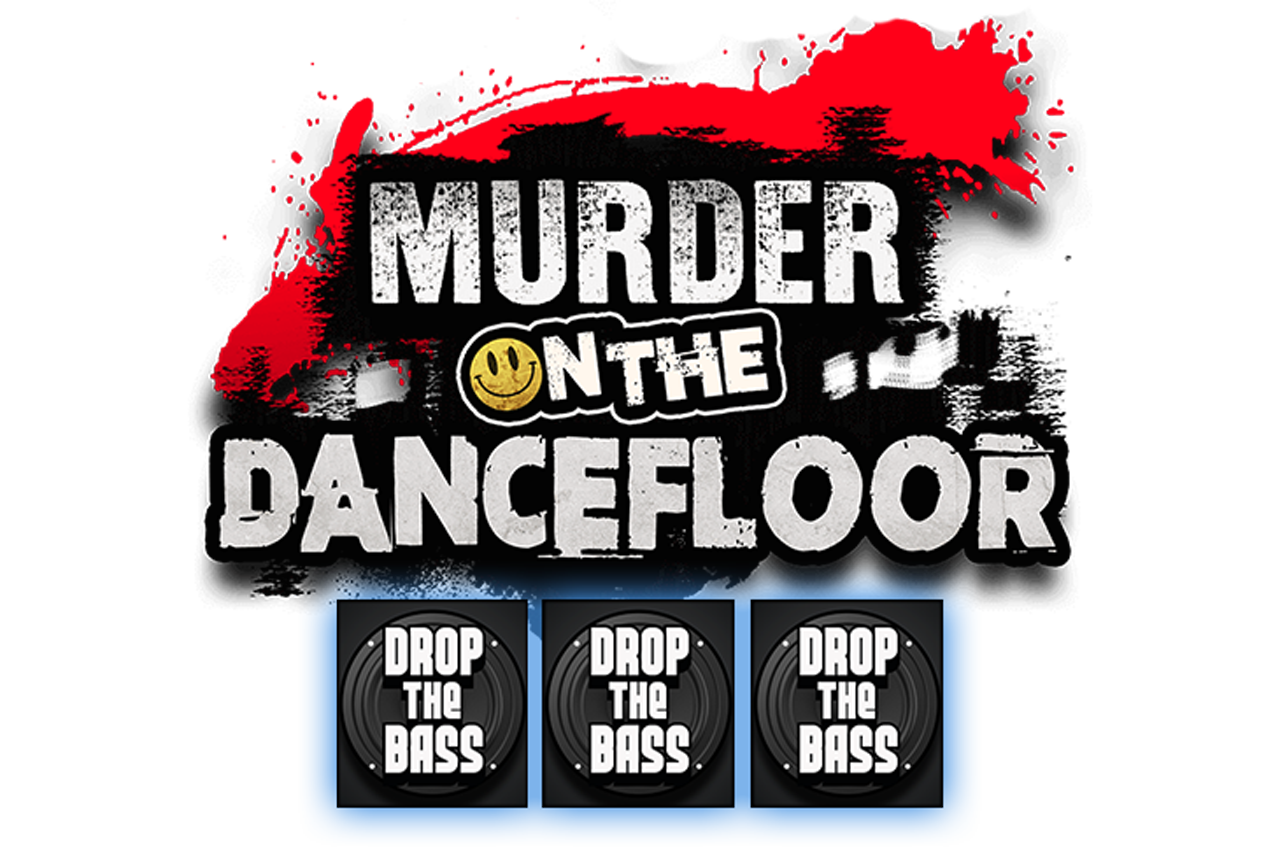 These features will randomly activate during Murder On The Dancefloor and during God Is A DJ spins they are guaranteed every spin!

Mashup! – Turns all character symbols into the highest paying symbol 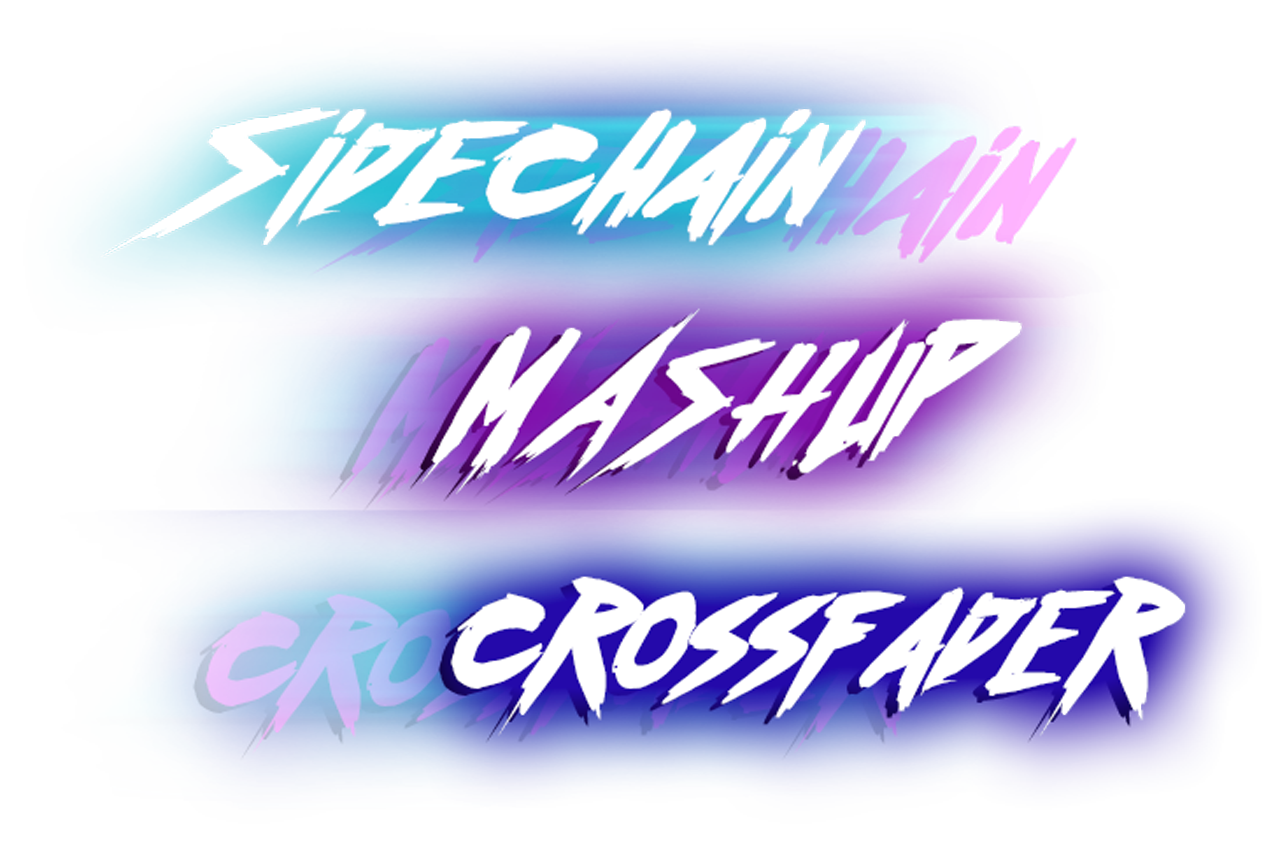 Now onto the top feature, God Is A DJ! 5 Enhancer Cells will drop in the middle of the bottom row and remain there throughout the bonus mode. Only high paying symbols, xWays, Wilds or xSplit symbols can land in Enhancer cells. You are also guaranteed to get one of the following random features: Mashup!, Sidechain or Crossfader. 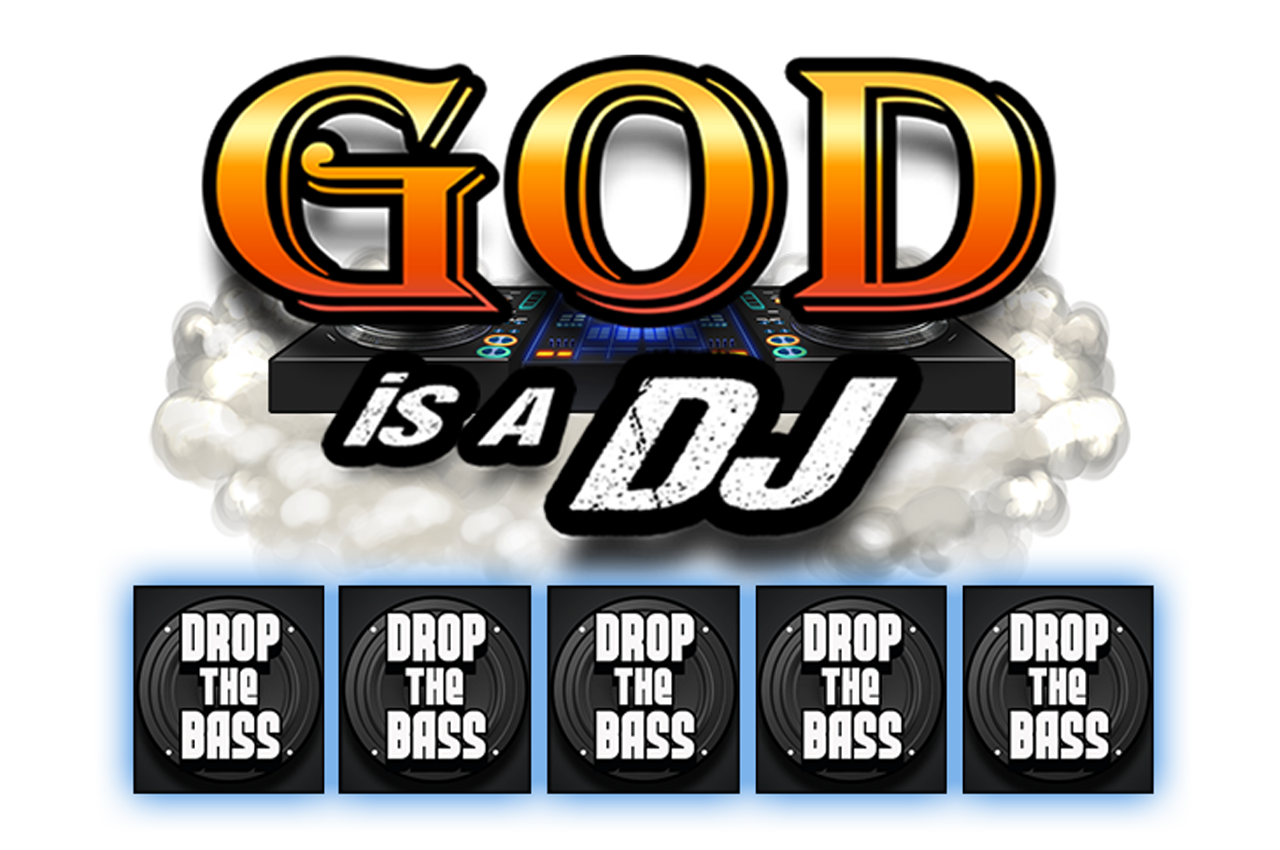 The paytable in The Rave is dynamic and changes with your stake, the example below is set to £1 per spin to keep it simple. Starting off we have the Headphones paying 0.5x stake, the Lollipops pay 0.6x stake, the Sunglasses pay 0.7x stake, the Money Gun pays 0.8x stake and the King Chain pays 0.9x stake for a full way of 5.

Final Thoughts On The Rave

The Rave has an RTP of 96.09% and its rated Extreme on the volatility scale. The maximum win is a very tidy 41,500x stake which will land once in every 5 million spins which sounds a slim chance but with Nolimit’s popularity that will be won by a lucky player almost daily. To put that into context Tombstone RIPs max win of 300,000x stake lands just once every 130 million spins so it’s actually a really good deal!

Would I play this again, 100% I would, the graphics are great, the soundtracks catchy and the little details are awesome. For the eagle eyed and those with an ear for music there are also small easter eggs to be found by the player from previous Nolimit titles.

The INSANE count up big win sequence must also get a mention which is literally the best to date of any game if you’re not photosensitive. I even noticed Rocknrollas thug life sunglasses on Joe Labrador which again is a great little detail! Overall its a simple to understand release from Nolimit City and I like it.

If you made it this far, thanks for reading and if you fancy having a go at The Rave there’s a link below to a TGC trusted casino, don’t forget to stay hydrated and keep it responsible, rave on!