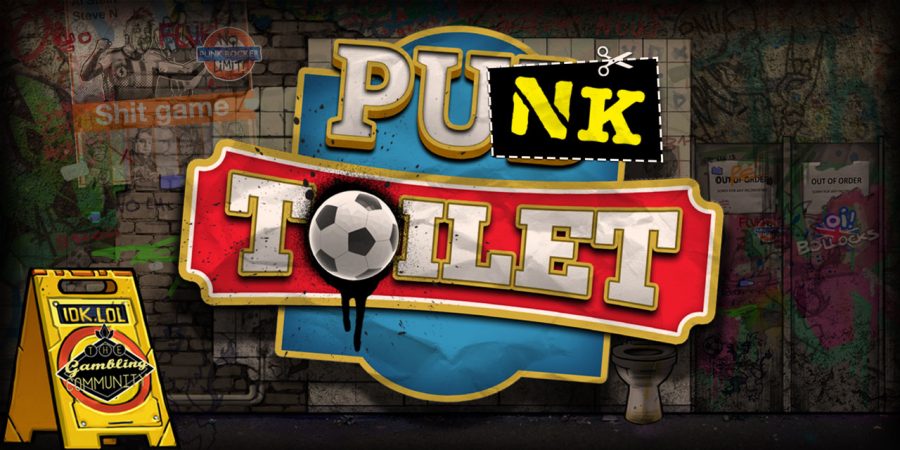 We’re not taking the pi$ – this slot is nuts. The notorious and beloved characters from Punk Rocker reappear, this time in a public restroom where $h!t gets weird and p!$ battles are a thing. On a wild night out, Punk Toilet will either be your greatest nightmare or the best part of your night say Nolimit City, I’m not so sure myself! 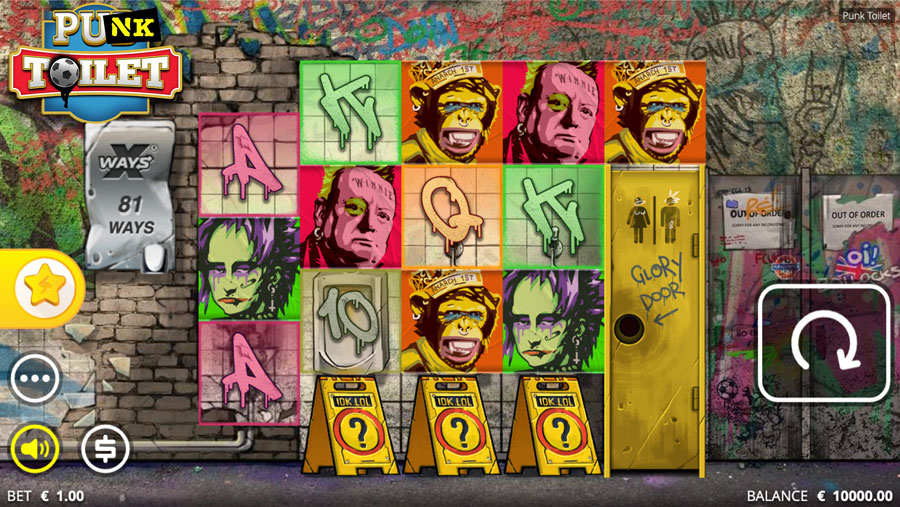 Punk Toilet has a 5 reel by 3 row setup and on the bottom of reels 2, 3, and 4 you’ll find a locked Urinal Cell Position which will reveal an over-sized version of any character symbol except the Haw-King symbol when landing 1 or 2 Scatter symbols. The parched character will have the Wild beer symbol fall in his hands.

On reel 5 is a locked Glory Door that covers 3 bottom reel positions. The Loo symbol only exists on this reel, and when landing the symbol it opens the Glory Door to reveal either the Haw-King Symbol followed by its feature, or a special symbol and a character symbol which doubles its size of the same kind on reels 1 to 4. The special symbols include; Wild, xSplit and Mega Split. Oh and don’t try knocking on the Glory Door… it’s occupied! 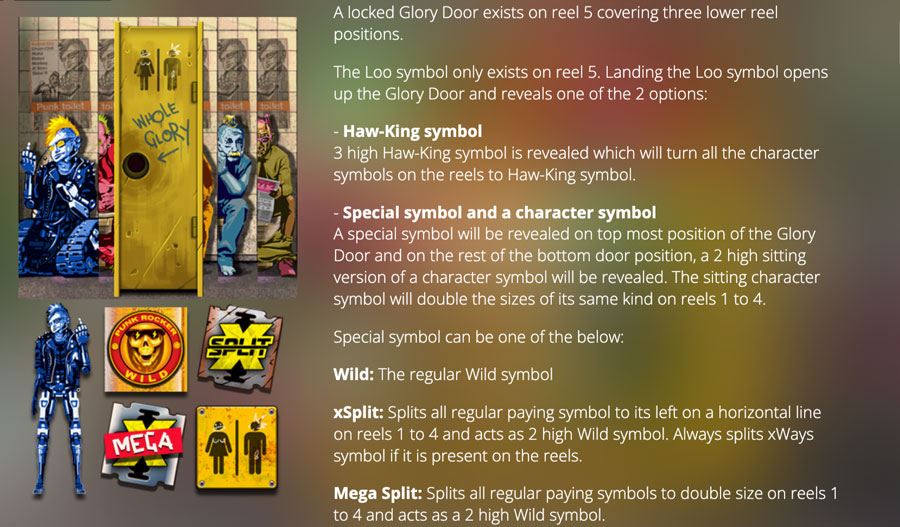 Those drinks gotta come out somehow … Landing 3 Scatter symbols on reels 2, 3, and 4 will award 6 P!$ Spins. During Pi$ Spins, the Urinal cells will always be open and violate someone’s privacy. Additional features are included in this bonus buy such as Wild Beer symbols, Loo symbols, multipliers and more! 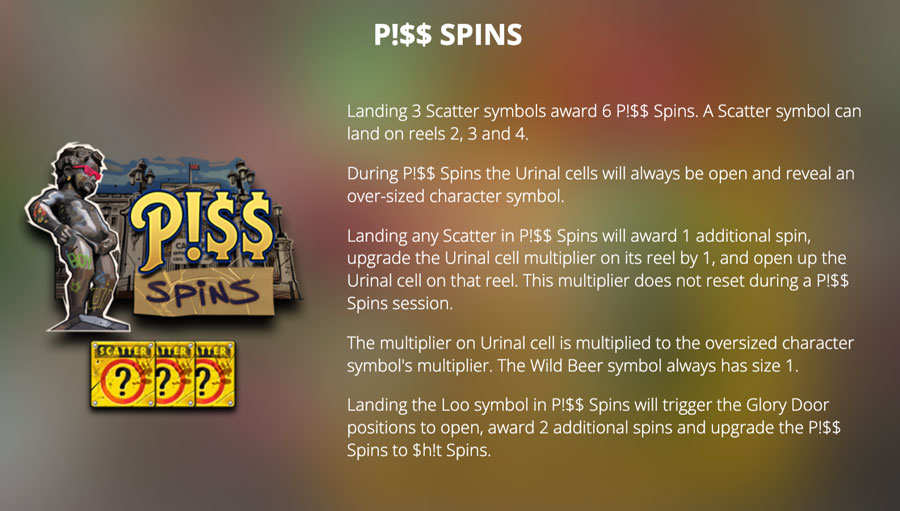 3 Scatter symbols and 1 Loo symbol awards 8 $h!t Spins. The Loo symbol remains in its original landing position, and the Glory Door is always open, in addition to the P!$ Spins features.

When the total win exceeds this amount the game round will end and 33333 times the base bet is awarded.

The paytable in Punk Toilet is dynamic and changes with your stake, the below is set to 1 unit per spin for simplicity. Starting with the low paying symbols we have the 10’s and J’s paying 1.25x for a full way and the Q’s and K’s pay 1.50x for a full way, the A’s pay slightly more at 2x. 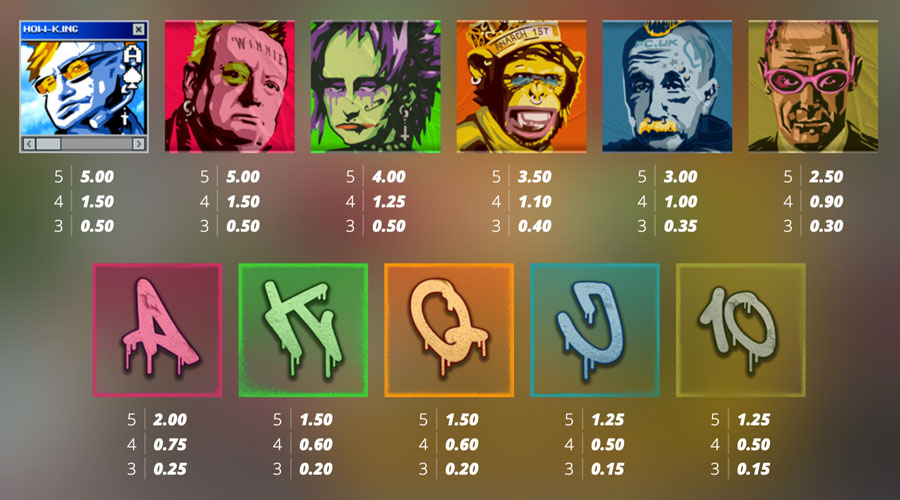 Onto the premium symbols we have the Pink Glasses Punk paying 2.5x, the Blue Einstein Punk pays 3x, the Yellow Chimp Punk pays 3.5x and the Green Punk pays 4x. Finally we have the two top symbols being the Pink Winston Punk and the Stephen Hawking Punk both paying 5x for a full way.

Punk Toilet has an RTP of 96.09% and in usual Nolimit City fashion the volatility is Extreme. The theme is not really up my street this time as I don’t tend to hang around public toilets with glory holes and I’m not into punk music. Still, full marks to Nolimit City for originality and extra marks for using the characters from an existing game, unfortunately it just doesn’t get me excited!

From a gaming point of view it has plenty of features to keep you entertained and even with the extreme variance it seemed to recycle the balance better than some of the insane games like Tombstone RIP. The graphics and music are spot on which you come to expect from Nolimit City nowadays and Punk Toilet has not disappointed in that department.

As always thanks for reading and If you fancy hanging around the glory hole in your local pub there’s a link below to a trusted TGC casino, just keep your eye on that Haw-King guy!