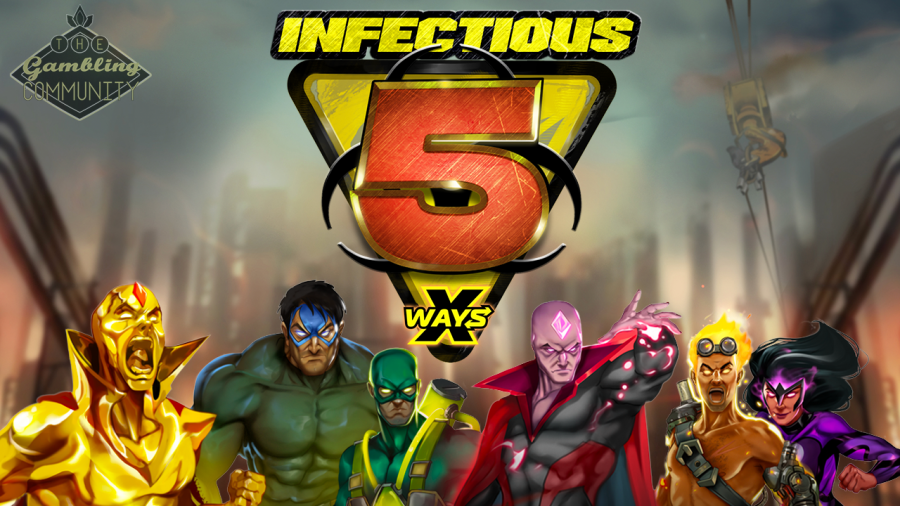 Say hello to Havoc, Mind Flayer, Torch, Misery and Toxicity in a slot from Nolimit City based on the Infectious xWays mechanic that boasts four different bonus modes.

Nolimit City is taking it back a notch to only focus on one of the xMechanics – this time it’s the xWays and the upgraded and very explosive version called Infectious xWays you may of seen in East Coast vs West Coast. 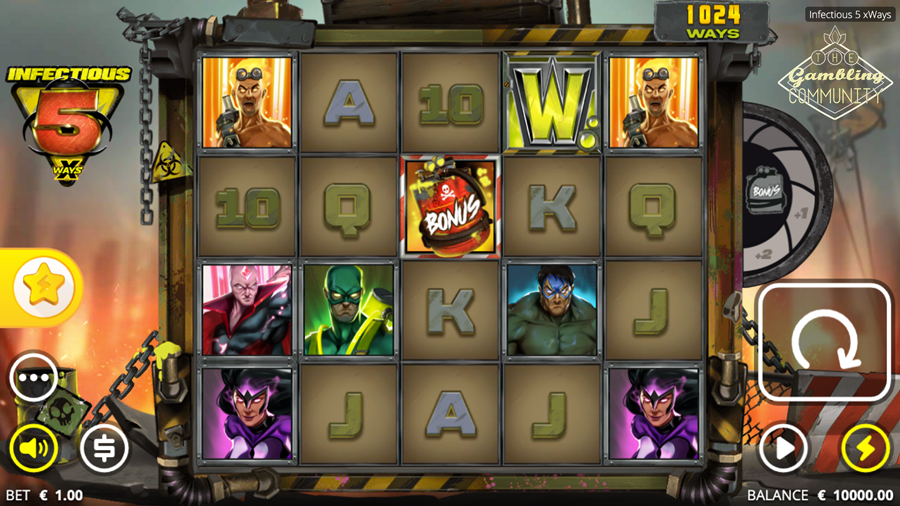 Infectious 5 xWays is a five reel slot with 1024 ways to win that can increase to a massive 110,592 ways. The theme is like a HD comic book with super heroes and villains and the graphics and audio are brilliant as we’ve come to expect with NoLimit City.

During the base game the idea is to land at least 3 of the bonus scatters to unlock a choice of two features. We have Toxic Hazard for High Variance and Lock n’ Load mode for Extreme Variance which we’ll look at once we explore the slots modifiers.

You’ve seen these before in East Coast vs West Coast but this game is only dedicated to the Infectious xWays. xWays mystery symbols will reveal one symbol of the same kind, but expand the reels as they hold 2-3 symbols.

Land an xWays symbol and a Wild, to trigger the Infectious xWays symbol – where the revealed symbol will also expand any symbol of the same kind on the reel to the same size, these are what trigger the huge wins.

Toxic Hazard is for players looking for a more solid payout from Infectious Spins, where 1-5 random wilds are placed on the middle reels for every spin – which means that landing an xWays means instant Infectious Ways with a good chance of a winning connection!

The more volatile Infectious Spins option is called Lock N’ Load where all Wilds lock in place for the remainder of the feature and also award +1 extra spin per symbol. The Wilds may also be awarded a x2 or x3 multiplier and landing an xWays symbols means guaranteed Infectious xWays.

Now we move on to the Infectious 5 xWays party trick known as Mayhem Mode, this upgrade occurs when you land 5 scatters but the beauty is you don’t need to land them all prior to the bonus starting, you can collect another 2 during the feature and the Mayhem upgrade will take place for the remainder of the spins! 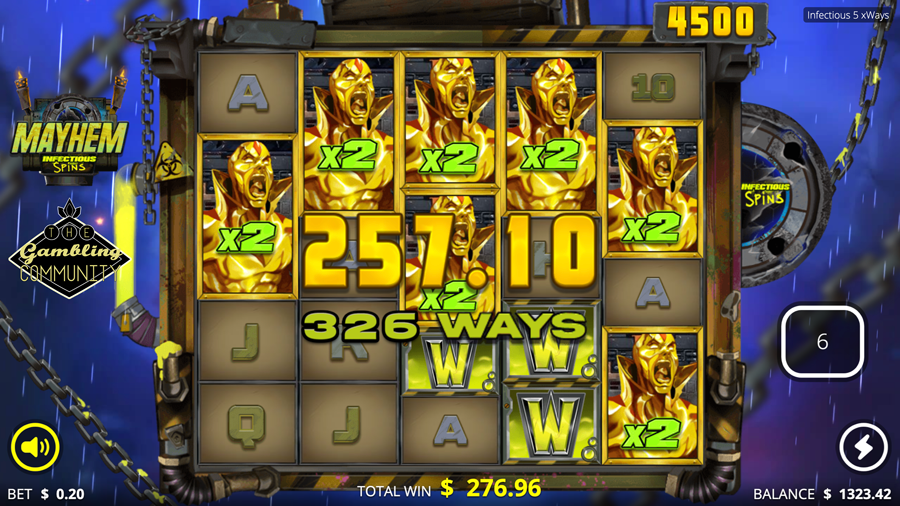 The upgrade is simple but effective, all 5 heroes morph into one symbol known as the Golden hero. This makes wins effortless and as you can see in the screenshot above, you don’t need much in Mayhem mode to pay well as I found out!

The paytable in Infectious 5 xWays is dynamic and simple, starting with the lower paying symbols we have the 10’s, J’s and Q’s all paying a straight forward 1x for a full way, the K’s pay 1.10x and the A’s 1.25x your stake. 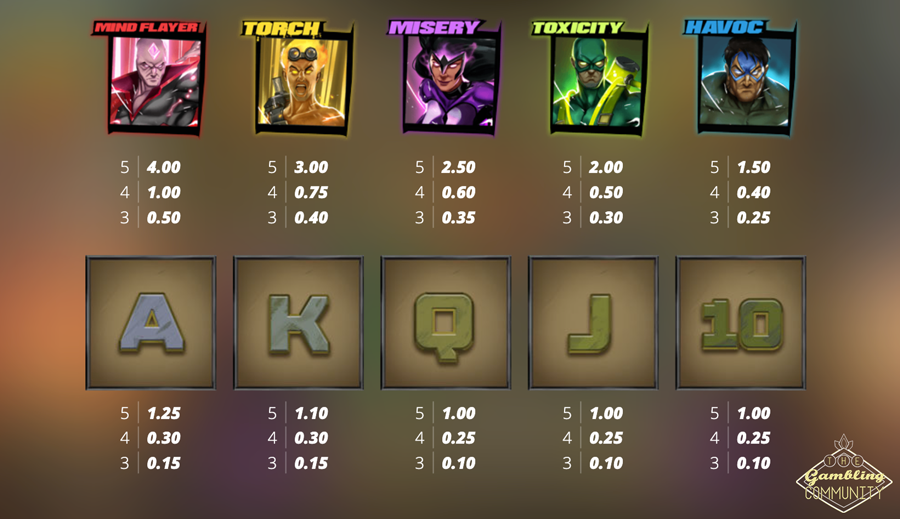 Now moving on to the premium symbols we have Havoc paying 1.50x, Toxicity pays 2x, Misery pays 2.50x, Torch pays 3x and Mind Player pays 4x for a full way of 5. When Mayhem mode is triggered all heroes morph into the Golden hero and pay 4x per full way.

Infectious 5 xWays has an RTP of 96.02% and the volatility is listed as Extreme by NoLimit City and with a maximum top win of 55,555x stake I would concur with them. The graphics and particularly the soundtracks for the NoLimit City slots has been absolutely the best in the business at present and Infectious 5 did not disappoint! 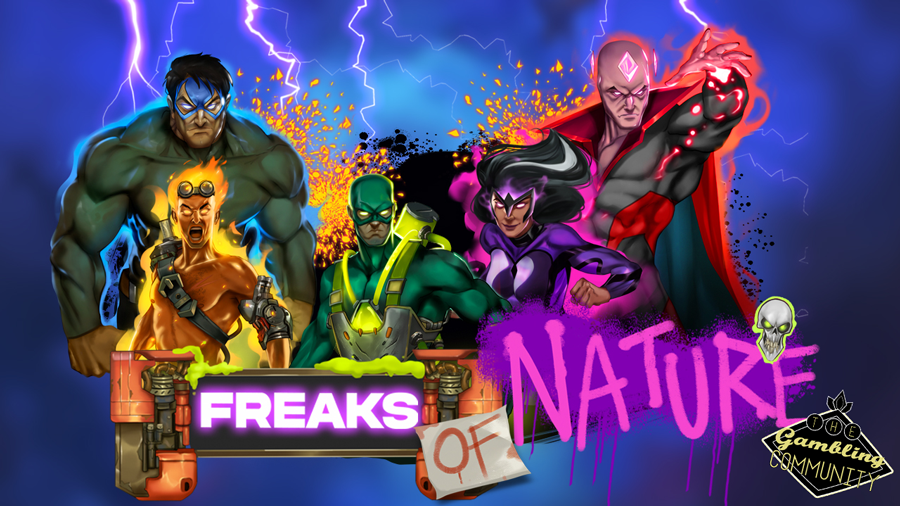 Would I play this again, I absolutely would along with any of NoLimit City’s other recent additions, the variance and volatility is insane enough to deliver life changing wins but the mechanics are executed in such a way that the game never feels like it’s just ripping you which lots of high variance games can and that is a very impressive feat.

As always, thanks for reading the review and if you fancy trying your luck there’s a TGC approved link below, now put on the silicon suit, light up that flame thrower and let the mayhem begin!