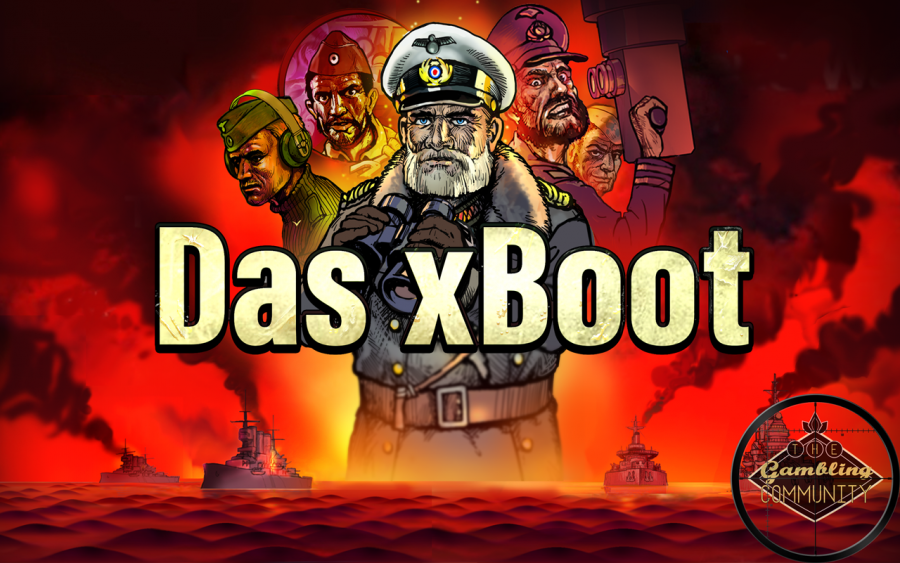 Perishing in the harsh sea’s depths lies the lost WWII gold, hidden in a longed after submarine. The fight for gold is at an alltime high, where the hunters can become the prey very easily. Chaos erupts as your u-boat is in danger of suffering great damages. Will you be able to evade the enemy’s ferocious attacks and bring back the gold? Or will you suffer the nature of the cruel war at sea? Lets take a look…. 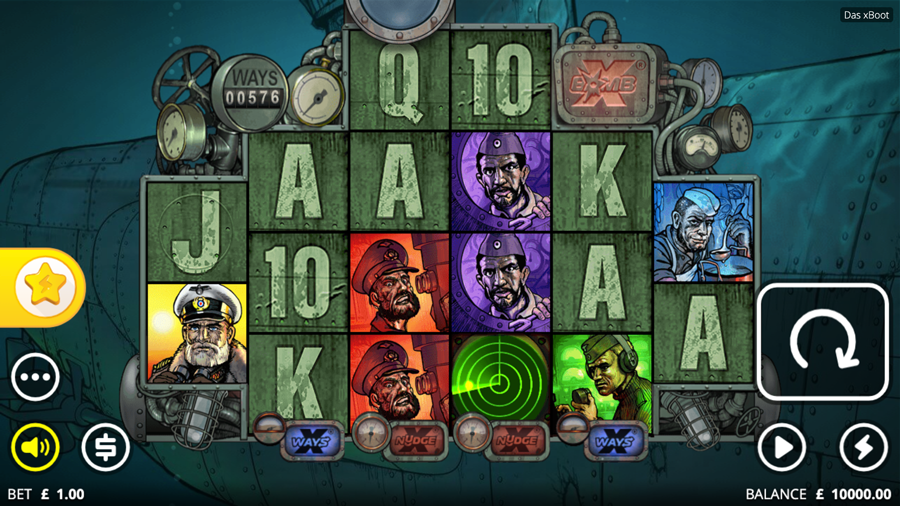 Das xBoot is based around the 1981 Wolfgang Petersen film Das Boot, you’re aboard a German U-977 Submarine during WW2 with just the crew for company and a huge haul of Nazi gold, will you make it to Argentina? The slot features a 6 reel layout with a minimum of 576 ways to win and up to 75,712 ways available with the various modifiers from previous Nolimit City games.

Das xBoot has 2 free spin features and these are won by landing either 3 scatters or 4 scatters, 3 scatters awards Silent Hunter Spins and 4 scatters awards the more volatile Wolf Pack Spins. To put each bonus into context the Silent Hunter Spins cost 75x your stake to purchase and the Wolf Pack Spins cost over four times that amount at 350x stake. Of course in the UK we don’t have that option but it gives a mental picture of the variance, now let’s take a look at the modifiers.

The xNudge Wild is a 4 row high Wild that always nudges to be fully visible, every nudge increases the Wild multiplier with +1, nice and simple and reminiscent of Bushido Ways xNudge from Nolimit City’s catalogue. 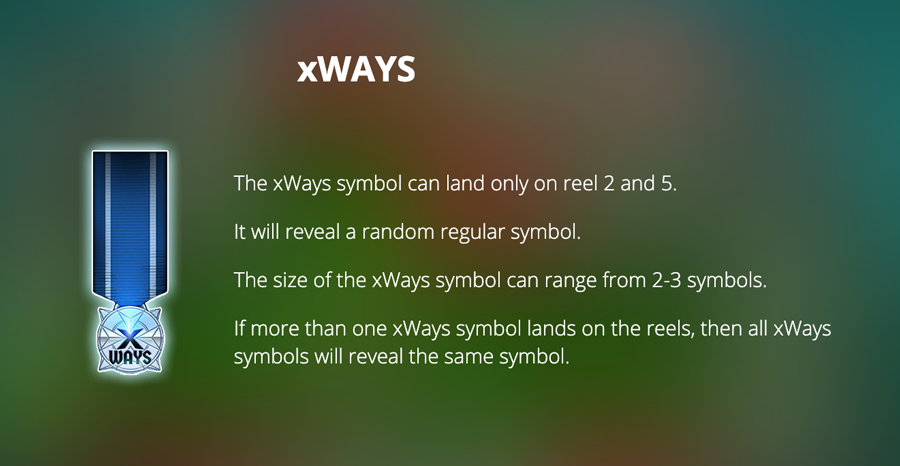 xWays is a special symbol that adds additional winning ways and will always reveal 2-3 of the same symbol. Land several xWays symbols and they’ll all be of the same kind, if you’re wondering how these work think of East Coast vs West Coast.

xBombs will blow away all the non-winning symbols from the reels to make room for new symbols to fall in, as well as that it’s also counted as a Wild! After the xBomb explodes remaining symbols will fall down onto the reels and new symbols will collapse in and fill up the reel area again. An xBomb also increases the win multiplier by one before the next collapse and any multiplier present during a feature trigger will be carried over to the Silent Hunter Spins or the Wolf Pack Spins respectively. 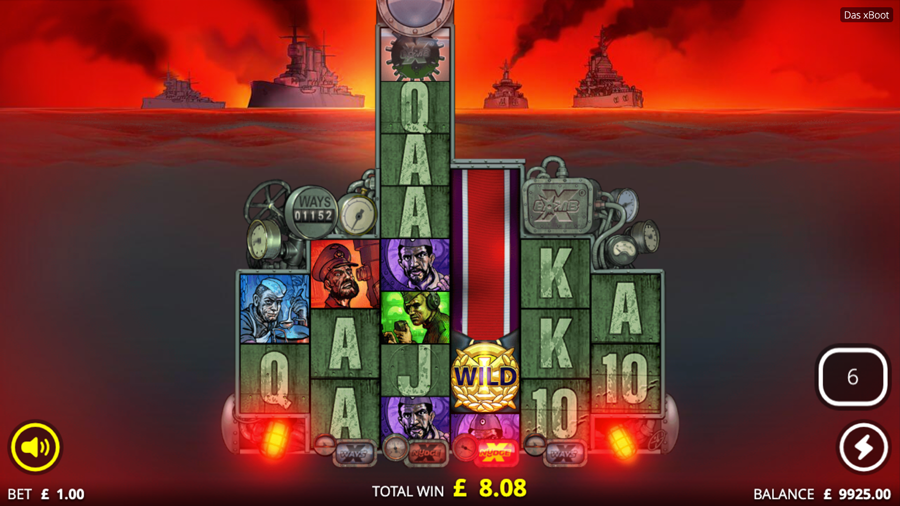 Three bonus symbols activates 8 Silent Hunter Spins where reel 3 has grown to 8 rows high like a submarines periscope. Get ready to enter the torpedo launch sequence when you land a winning combination together with the Periscope Wild on reel 3, hit the target and the Periscope Wild fills the third reel to the top and nudges down to the bottom, giving a win multiplier for each nudge downwards. 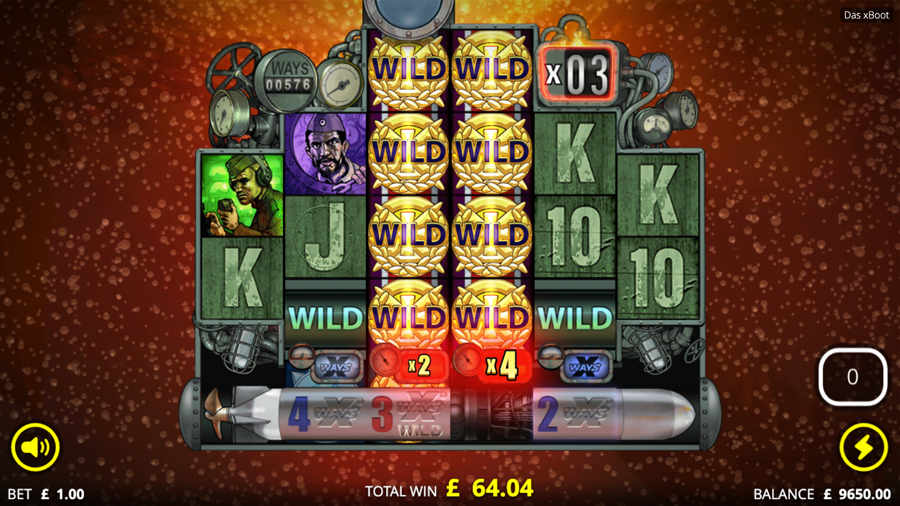 Four bonus symbols activates 8 Wolf Pack Spins where you load up the torpedo bay and collect xWays Wild symbols and launch the torpedo when all four parts are collected. The win multiplier increases by 1x every time a torpedo is launched. xBombs also award a sticky win multiplier for the remainder of the feature.

The paytable in Das xBoot is dynamic and changes with your stake, the below is set on £1 per spin for simplicity. Starting with the low paying symbols we have the 10’s paying 1.4x for a full way, the J’s and Q’s pay 2x and the K’s and A’s pay 2.8x for a full way. 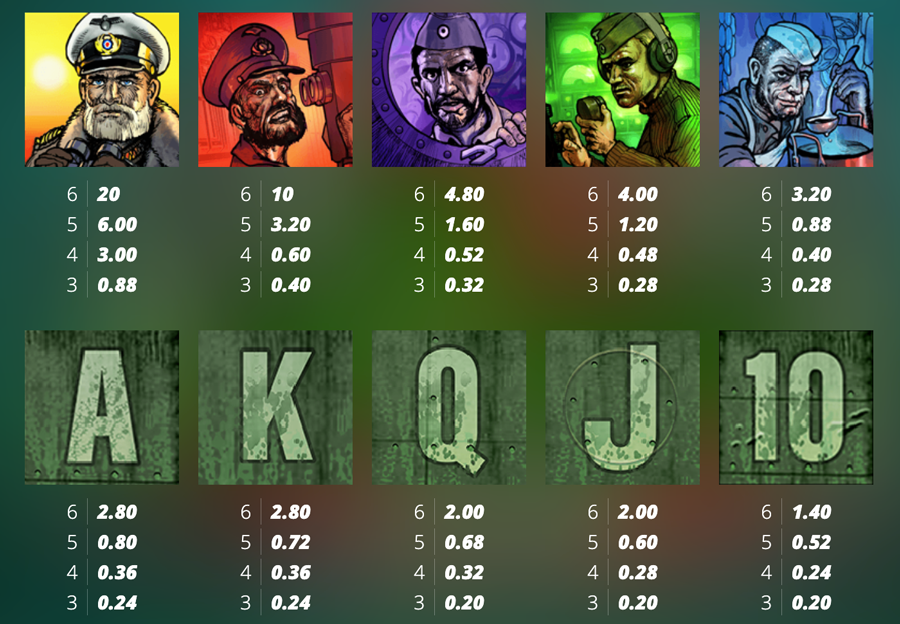 The premium symbols in Das xBoot are the various members of the crew and to start with we have the Chef in Blue paying 3.2x stake for a full way, the Radio Operator in Green pays 4x, the Purple Engineer pays 4.8x, the Red Periscope Operator pays 10x and the top symbol of the Yellow Captain (Yellow, get it?) pays 20x stake for a full way.

Das xBoot has an RTP of 96.03% but there is also a version that runs 94.04% so please check before playing (the link below is 96.03%) the volatility is rated as Extreme by Nolimit City and with an average hit ratio of 1 in every 5 spins I’d agree, however it felt more like a 7 or 8 when playing it and nowhere near as volatile as some of the other games Nolimit released this year. The max win is called “Das Gold Des Roter Teufel” which roughly translates to the Red Devils Gold and is 55,200x stake, if this amount is won the bonus will end.

Overall I think this may be one of my new favourites from Nolimit City as the top feature is not out of reach for those that cannot bonus buy, requiring just 4 scatters and realised fairly regularly in the base game it is a breath of fresh of air for us Brits to actually have a decent chance of the best feature without millions of spins.

Thanks for reading and if you fancy a go on Das xBoot the slot was released today and there is a link below to a TGC approved casino running the maximum RTP, viel Glück!