In East Coast vs West Coast, NoLimit City takes you back to the golden era of hip hop, into a world filled with bouncing lowriders, massive shiny spinner rims, blasting boomboxes and vivid graffiti so let’s ride along and bounce your head while we take you from coast to coast in the search of Da Big Benjamins. Dolla Dolla Bill$ Y’all! 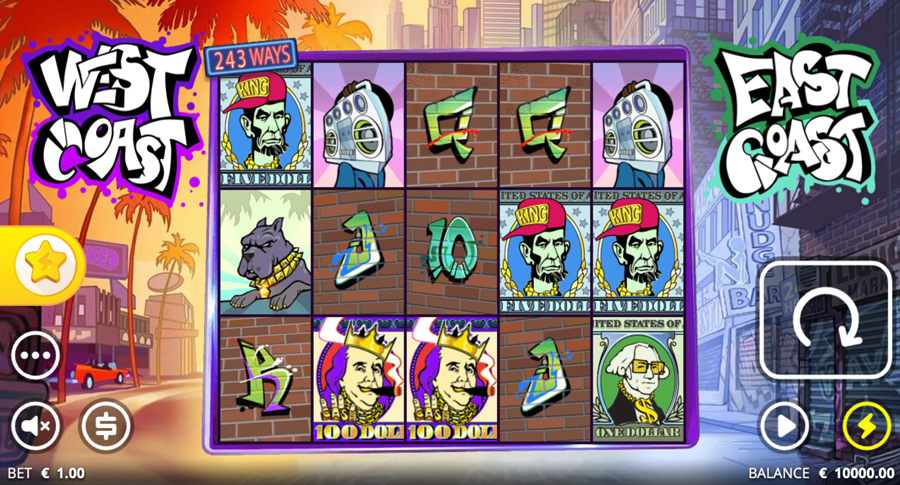 East Coast vs West Coast is a five reel slot with 243 ways to win which can increase to a maximum of 84,375 ways during the features. The aim of the game as always is to land 2 to 5 scatters to activate the various features. 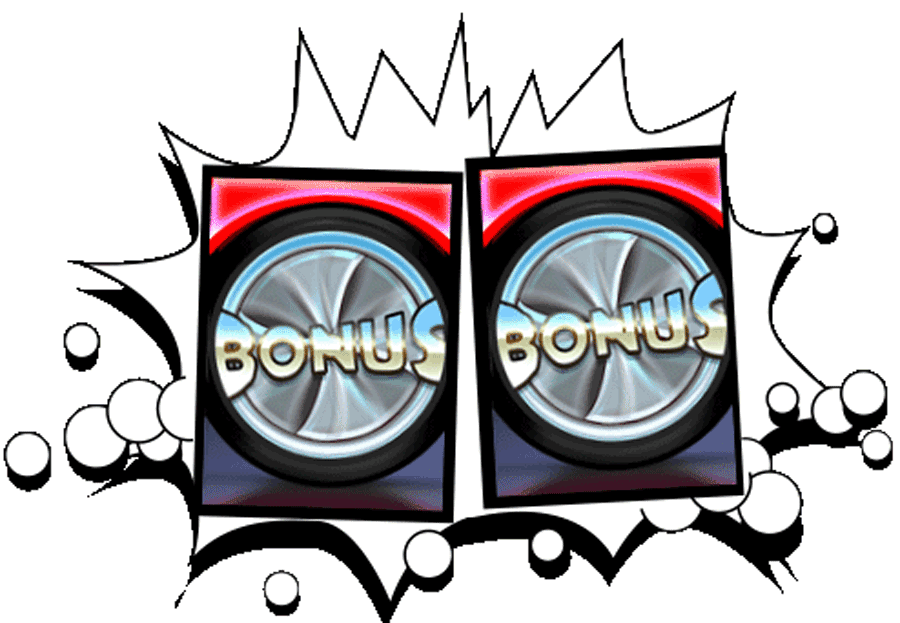 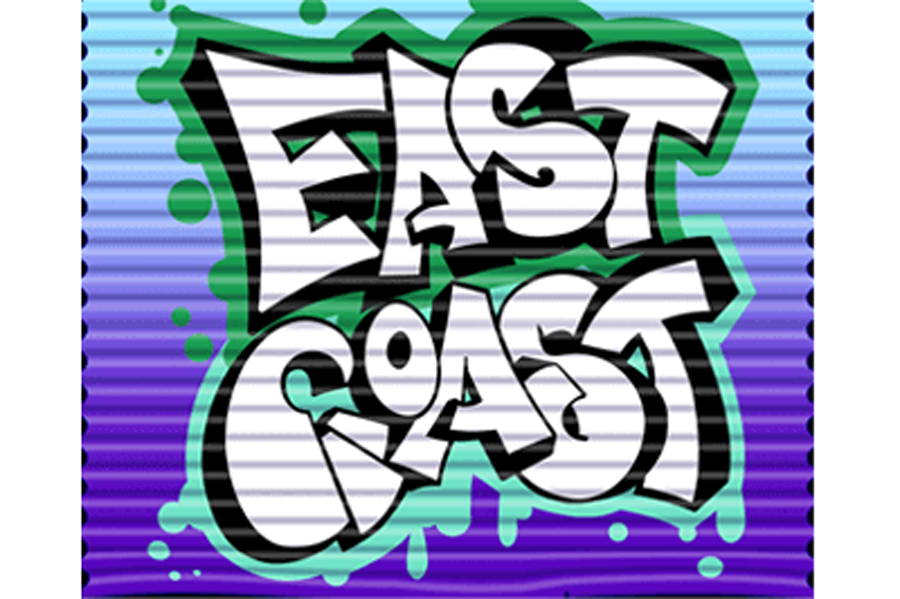 During East Coast Spins, Infectious xWays will land on every spin. The top bar will reveal the enhancers during the bonus mode.

The leftmost position(s) in the top bar, will be locked at the beginning of the East Coast Spins – landing additional Bonus symbols will award you +2 spins and unlock one more position. Unlocking all five positions turns the East Coast spin mode into Coast to Coast Spins. 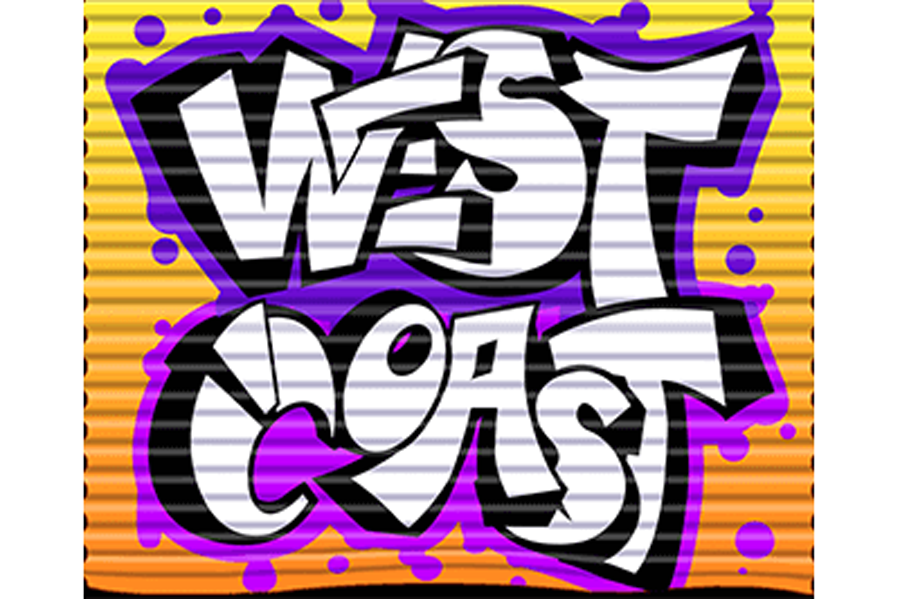 Each spin during West Coast Spins will land one of the following enhancers – xWays, xNudge Wilds, Multipliers or Linked Reels. The top bar will reveal the enhancers during the bonus mode. 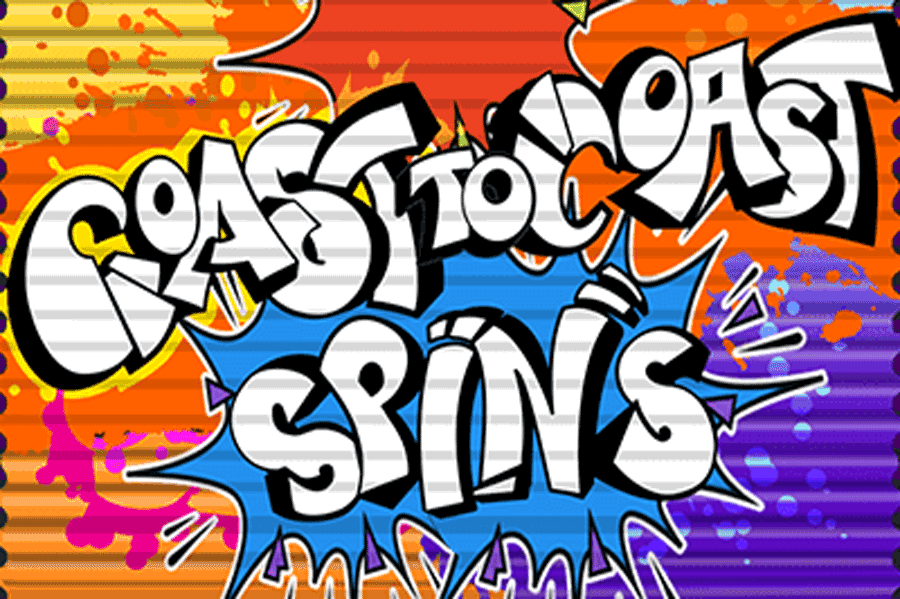 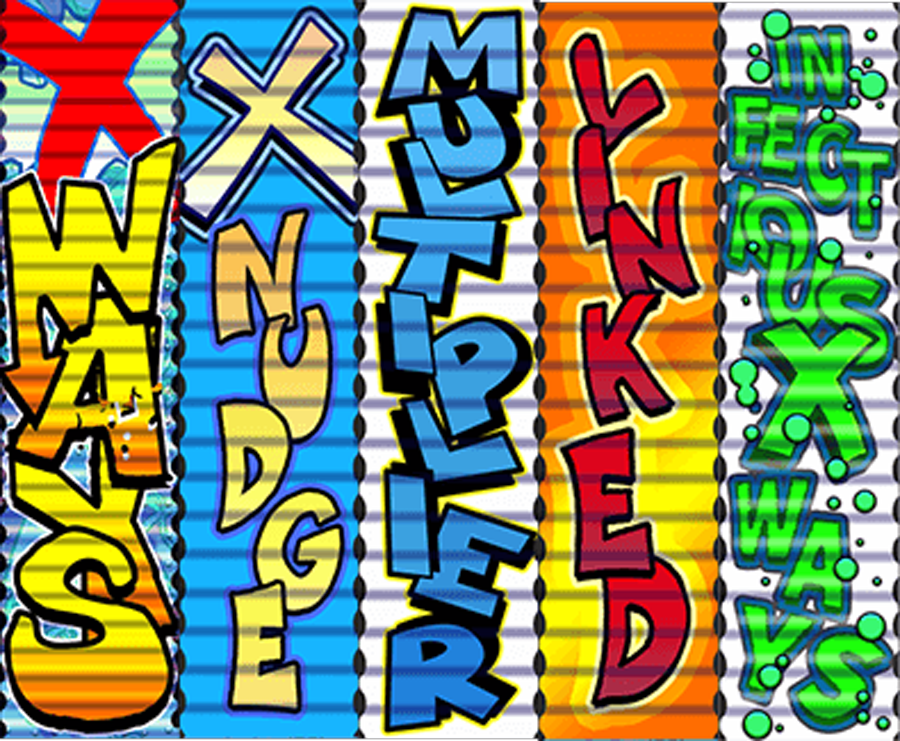 There are 5 different Enhancers available in the game and starting from left to right we have xWays, xNudge Wilds, Multipliers, Linked Reels and Infectious Ways.

xWays symbols will transform into any other symbol except Wild and Bonus. It will reveal 2 or 3 symbols of the same kind and expand the reels height.

Multipliers – Symbols will be multiplied and create even more ways to win. Several symbol multipliers will multiply each other for an explosive number of win ways.

Infectious xWays – When activated, the revealed xWays symbol will infect all other same symbols on the reel to expand to the same size, this can produce some huge wins and is currently responsible for the top win to date, over 10,000x stake! 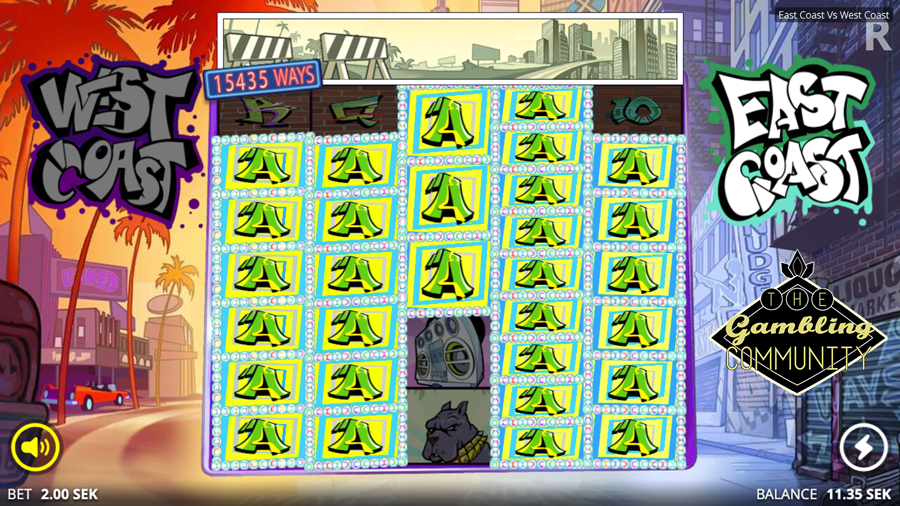 There will be two Feature Buy options available in East Coast vs West Coast.

The first one costs 80x the bet and triggers three bonus symbols during the following round. This grants you the option to pick either 8 East or West Coast Spins. There is a chance of getting a 4th bonus symbol, which grants you two additional spins.

The second option triggers five bonus symbols, which will grant you 12 Coast to Coast Spins during the following round. This option is by far the most lucrative and costs 420x the bet.

* The NoLimit City Bonus feature may however be removed in some regulated markets.

The paytable is dynamic in East Coast vs West Coast and changes with your stake so what you see is what you get. Starting with the lowest paying we have the 10’s, J’s and Q’s paying 1.5x your stake and the K’s and A’s paying slightly more at 1.75x your stake for a full way. 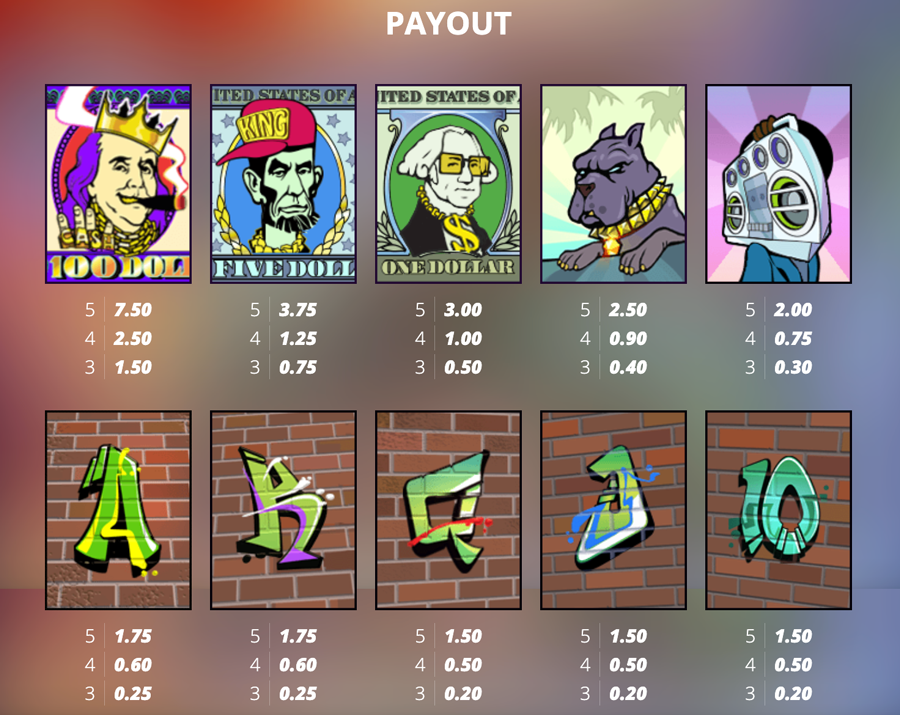 East Coast vs West Coast has an RTP of 96.04% and Nolimit City list the volatility as Extreme which is the same as San Quentin, however this games max win is 30,618x your stake so the hit frequency is noticeably higher in this vs San Quentin during my test play which makes perfect sense as the top win in this game is 5 times smaller.

Upon loading the game I could instantly identify a remade version of Regulate by Warren G, I also noticed the backing tune in the West Coast spins sounds like Dr Dre’s 2001 hit Big Ego’s, this shows the level of detail to an old 1990’s Rap music fan and just added to the awesome gameplay, I honestly think Nolimit now have the best win sequence’s in any slot game to date, you just cant help dancing and singing along to it, well I couldn’t!

Would I play this again? You better believe it, this game is 90’s rap personified and the graphics and sounds along with the mechanics are sublime and no I’m not being paid by NoLimit City to write this!

As always, thanks for reading and if you fancy checking out the win sequence on this game click the link below, it’s the sheezy!

Click here for the insane 10,206x Replay on East Coast vs West Coast!