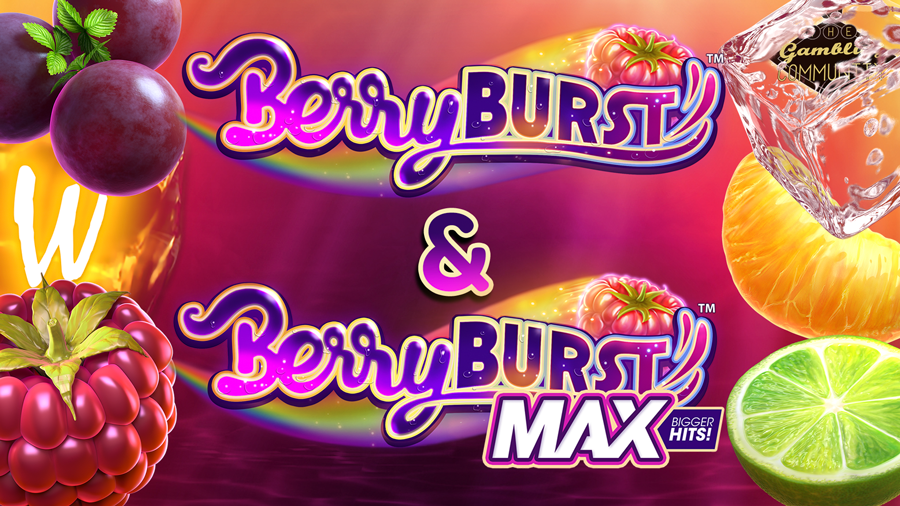 This review is going to be a first of its kind, today we have two new slots that are the same but also different! Berry Burst and Berry Burst MAX are the latest offering’s from Netent and I’m struggling to see why they chose this route instead of just making one good slot! Berry Burst is the first version and then we have the MAX version which offers a max win of double the standard version but has a lower RTP and presumably higher variance, so let’s take a look and see if either are worth playing.

Both version’s of Berry Burst have a 5 reel by 3 row setup and rather than lines Netent have stuck with there newer formula of cluster pays, I’v never been a fan of cluster pay slots as they traditionally pay really bad, you only have to look at Twin Spin Deluxe compared to the 243 way original to form this opinion but maybe this will be different, I doubt it but you never know!

Both versions of Berry Burst have expanding wilds on all reels and they also give you a free re-spin, this is something I like a lot and has the same sort of feel as Netent’s other new game Hotline. Should you land another wild on the re-spin it then gives you another re-spin, each time awarding the win’s in between, this is were the true potential lies as it is possible to get all 5 reels wild which gives you the max win which is 500x in the regular version and 1000x in the MAX version!

The first paytable we’ll look at is from the regular version of Berry Burst, it’s not dynamic and all figures below are based on bet level 1 which is a bit lazy from Netent as it makes it trickier to work out what the actual wins are but I’ll do the working out for them so you guys have an idea! All the symbols pay out for clusters of 5 or more adjacent symbols but to save me listing 77 possible wins I’ll jump straight in to the x15 symbol cluster wins.

The diamond, spade and heart all pay 1000 coins per level which is 100x stake, the lime and grapes pay 250x, the oranges 300x and the raspberry or full screen of wilds pays 500x. Now the maximum win claims to be 3000x bet but I can only presume this would need you to get 1 wild reel and 12 raspberries, then 9 raspberries and another wild reel and so on every spin until you finally have all reels wild, now call me pessimistic but the odds of landing the best screen 5 times in a row seems rather slim to me, it also only seem’s to amount to 2500x rather than the advertised 3000x but maybe I’m missing something! 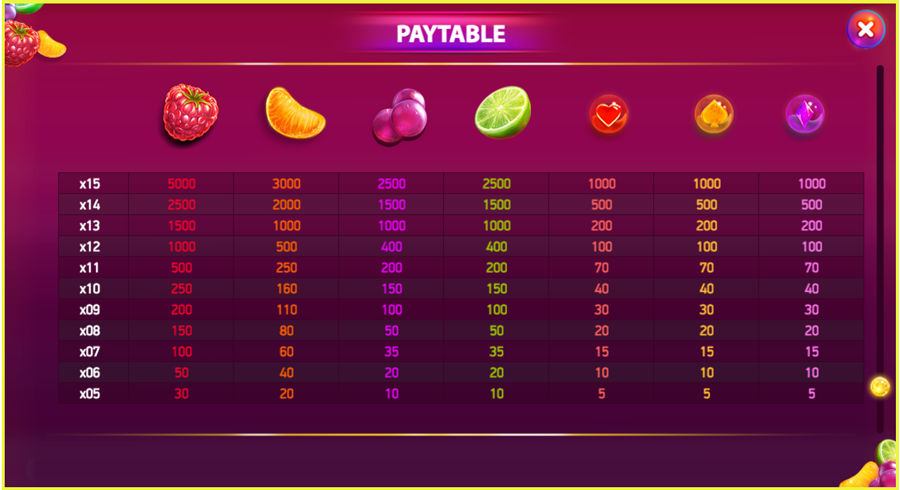 Moving on to the Berry Burst MAX paytable you can it is very similar to the first one except for slightly larger win values on certain clusters and then a huge premium of double on 14 or 15 cluster’s of raspberries. In laymans terms this means the jackpot of the 5 wilds is double that of the regular version at 1000x your total bet. 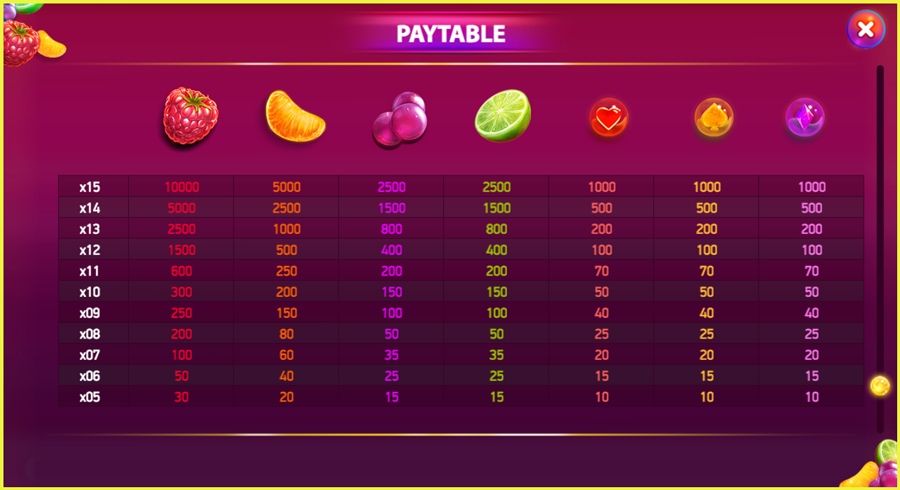 Berry Burst has an RTP of 96.56% and the MAX version has a slightly lower RTP of 96.23%. After playing both of them I would put both slots in the medium variance category, it’s worth noting I had a better session on the one with less potential when I tested them! The music is nice and reminded me of the Caribbean oil drums which was soothing, the graphics although simple are well drawn and as much as I really want to hate this slot I actually enjoyed playing it and even left 150x my stake up after testing! Overall it’s not the Twin Spin Deluxe catastrophe I expected and I will be playing it again to get that wild screen, if you fancy giving it a spin theres a link below, I would personally recommend the original rather than the MAX to start with, thanks for reading and good luck!