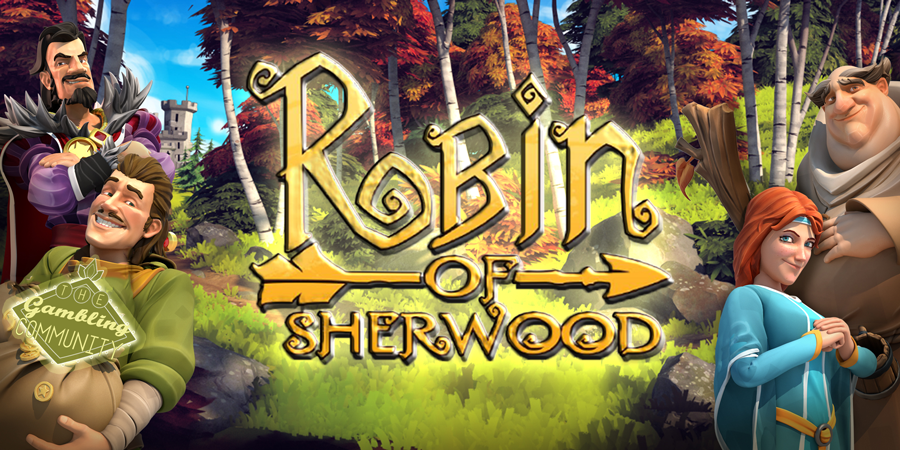 Overview Of Robin Of Sherwood

Grab your bow and arrow because in this latest review we’re off to Sherwood forest, home of the infamous Robin Hood the prince of thieves who stole from the rich to give to the poor. The last time I played a slot with this theme was the old Netent offering, it was notoriously hard to get a decent win on, so much so that I rarely played it, let’s see if Microgaming have done a better job with there version from Rabcat.

Robin of Sherwood has a 5 by 3 reel setup and uses the classic 243 ways Microgaming are known for rather than lines, this means that any way pays and gives the potential for some big combinations of symbols. The base game has one feature called the wild turning feature where after any random spin 1 or more reel’s can be highlighted and any J,Q,K or A symbols on that reel/s will turn wild, this seemed to happen quite frequently although I didn’t get any noticeably big wins from it, however I would imagine it basically has the same potential as a wild desire in Immortal Romance which is alot!

The free spins feature is won for landing 3 or more of the target scatters, 10 free spins are awarded regardless of how many scatters you get and you can’t retrigger the spins. During the feature after every 2nd spin a non premium symbol is removed from the reels starting with the Jack, Queen, King and finally the Ace, this means that every feature you will have a guarenteed 2 last spins with only premium symbols on the reels which is where the potential for mega wins must lie. 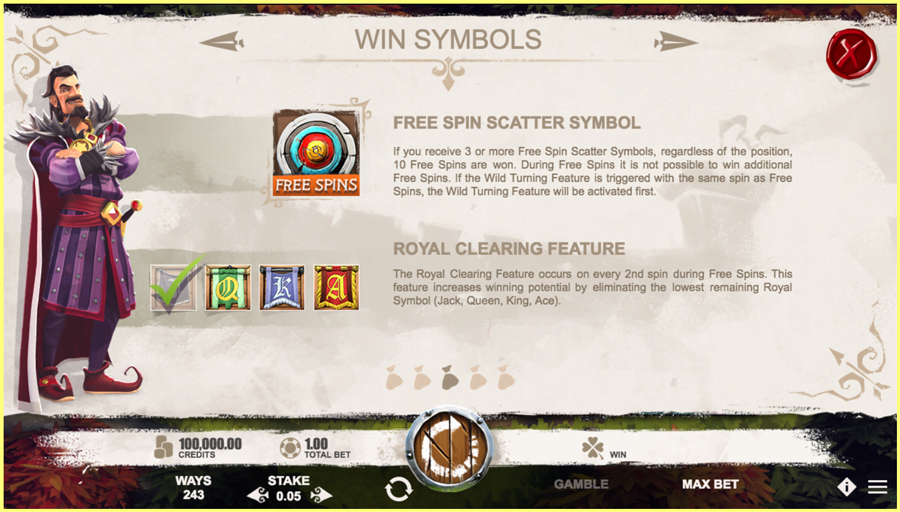 Now we know how the game plays lets take a look at the symbols and see what sort of wins could be possible, the paytable is dynamic and the below was based on £1 spins. The non premium letter symbols pay barely anything unless you get several stacks all the way across, the Fryer Tuck character pays only 2.5x for a full way whilst Little John with the beard pays 5x.

The final 3 characters are where the bigger wins will be realised with Maid Marian paying 12.5x, the Sheriff of Nottingham paying a much more healthy 25x and finally Robin Hood and the Wild symbol paying a very generous 50x for a full way across 5 reels. 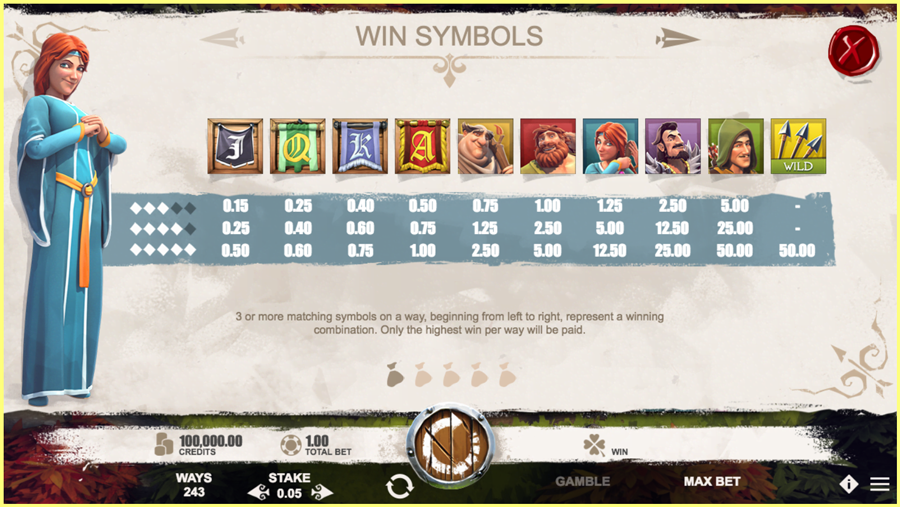 Now regarding the potential, I played the game for a few hours in the background and noticed that all of the symbols up to and including the Sheriff appeared sometimes stacked in pairs however I didn’t ever see Robin stacked! So for the max win potential I think you would be looking at having 2 Sheriff’s on each reel in the freespin feature and possibly a wild or 2 as well, this translates to around 72 ways at 25x per way equalling 1800x your stake. That is purely hypothetical though and I think it’s going to be a very rare occurrence to see wins that large on this slot. On the plus side the bonuses came thick and fast and it could very well be a good slot for wagering bonuses on.

Final Thoughts On Robin Of Sherwood

The RTP for Robin of Sherwood is 95.8% and the variance is definitely in the low to medium category as it was dropping in features ridiculously often but with total wins largely in the range of 10x to 70x for each bonus it made sense that they were so frequent. The graphics and sounds are well made but the feature started to feel a bit repetitive and I would of liked to of seen a few more smaller in game features to keep your attention, in saying that it was still enjoyable to play and after several hours of playing at £1 per spin I was only down around £20 in total making it a definite contender for slots to wager bonuses on!

Thanks for reading and if you fancy a trip to Sherwood forest theres a link below for you, keep those arrow’s straight!