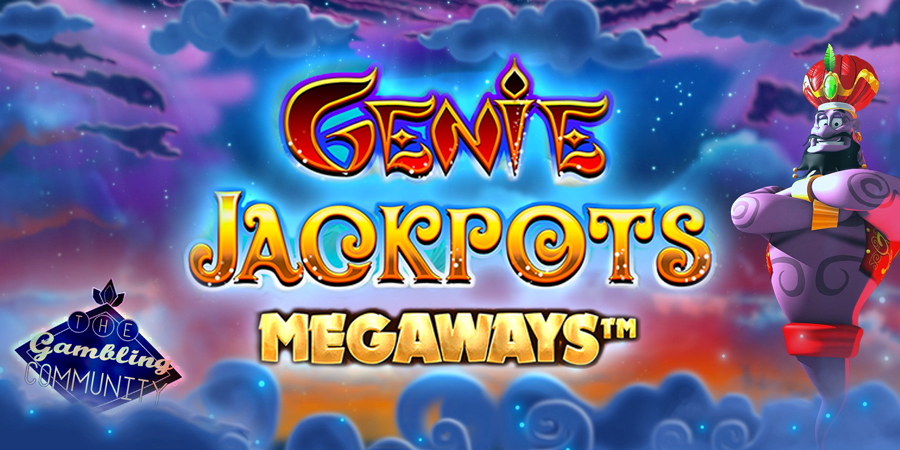 Genie Jackpots Megaways is the latest release from Blueprint, its a follow on from the original version but instead of the fixed 20 payline’s we are used to we now have the Megaway engine and more features, I’m really pleased that Blueprint aren’t just cloning BTG games and have actually thought outside the box, I really hope this slot is genie-us and doesn’t rub me up the wrong way so with that said let’s jump on our magic carpet and see if we have our wishes granted!

Genie Jackpots Megaways has 6 reels and up to 15625 ways to win if you get the maximum amount of Megaways, the main feature is the freespins which comes in 4 different variations, there is also a random feature where the genie can pop out of his lamp on any spin and grant you 1 of 4 different mini features. The first mini feature is wild Megaways where wild symbols are added to the reels and the spin is guarenteed to have all 15625 ways present, this gives you the potential for a very nice win, the second is genie wilds where the genie fly’s to various reels and turns them completely wild, he can also hit the same reel repeatedly making it a multiplier reel up to a maximum of 5x! 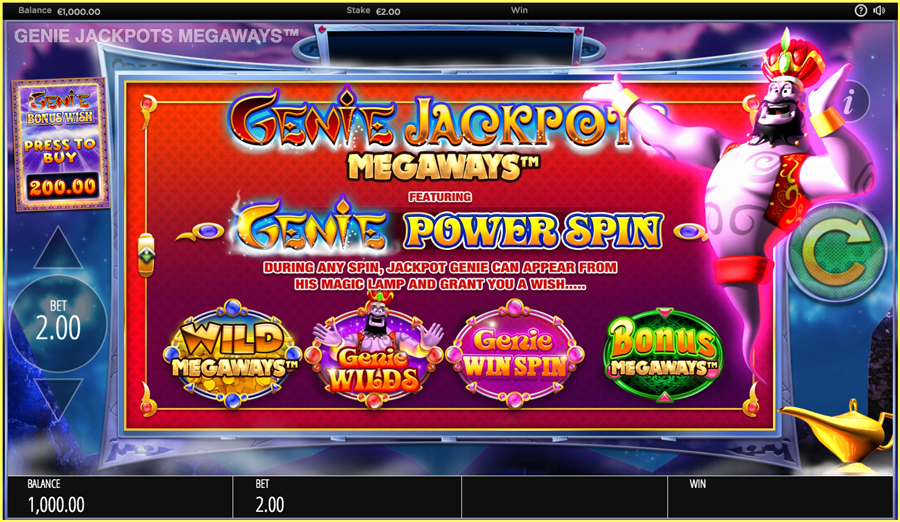 The main feature is the genie free spins which you win for landing at least 3 of the bonus scatters on any reels, this feature can also be purchased for 100x your stake and once you win it you will have to pick from 4 lamps to see which one you have, lets take a look at them below. 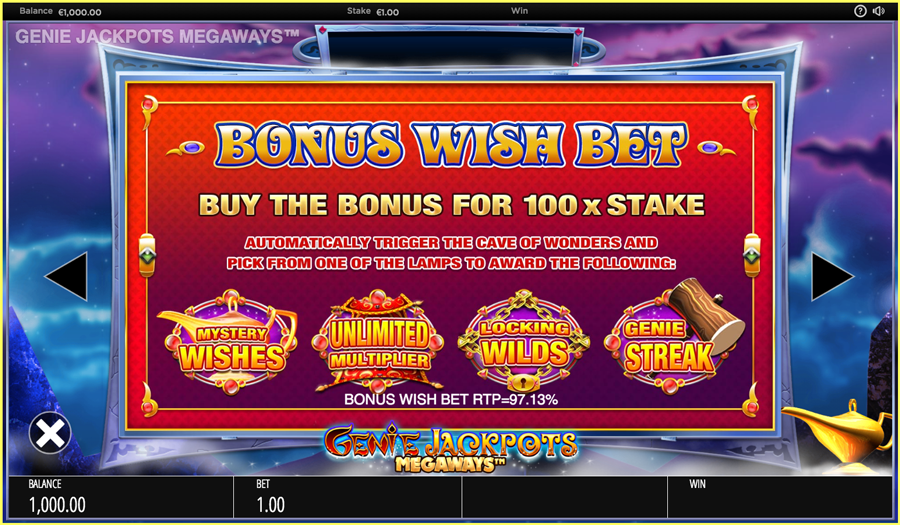 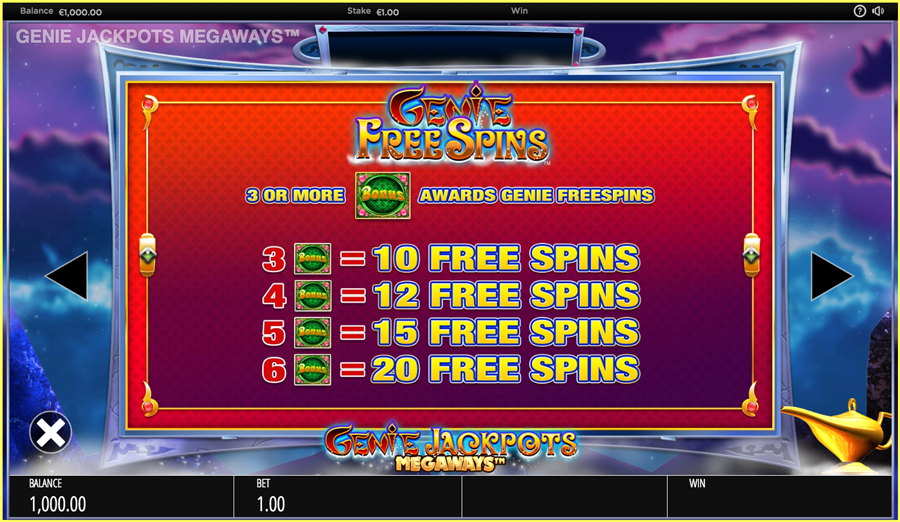 The first freespin feature is called mystery wishes where mystery symbols are added to the reels for every spin and reveal any of the main symbols, the second feature is unlimited multiplier, during the freespins the multiplier increases by 1x every spin and if you land 2 or more lamps on any reels you get extra spins! 2 lamp symbols award 5 additional spins, 3 gives you 10, 4 gives you 15, 5 gives you 20 and if you land a lamp on all 6 reels you get an extra 25 spins, this is one of the features I would imagine has a lot of potential! 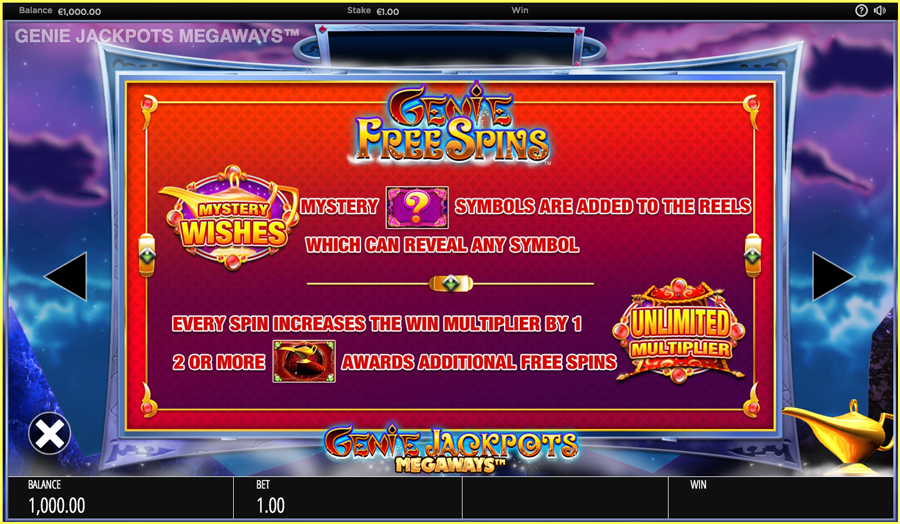 The third freespin feature is locking wilds and it does exactly what it says on the tin, any wild that lands on reels 2 to 5 locks in place for the duration of the feature, fill a whole reel with wilds to win between 1 and 3 extra spins depending on how generous the genie feels! Reels 2 to 5 will also be on maximum Megaways for the whole feature! The fourth and final option for freespin’s is the genie streak where any win is locked and the reels re-spin until no more winning symbols land, this is a feature that lots of other games have already done and unless you get the top symbols locking it can be a bit unproductive. The maximum win for any feature is capped at 10’000x your stake which is still more than enough for most! 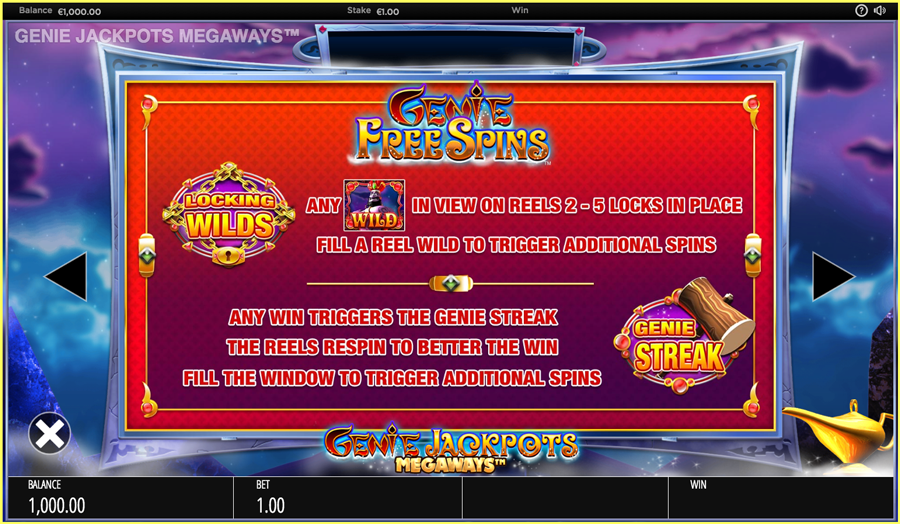 The paytable for Genie Jackpots Megaways is very user friendly and simply tells you exactly what you’ll win in multiples of your stake. For the 9, 10 and J you win half your stake for a full way, the Q, K and A give you 1x, the swords and genies hat give you 2.5x, the treasure chest is 5x and the top symbol gives you a massive premium of 25x your stake, all symbols are stacked on all reels and of course can be multiplied in certain features giving a maximum win of 10’000x your total bet. 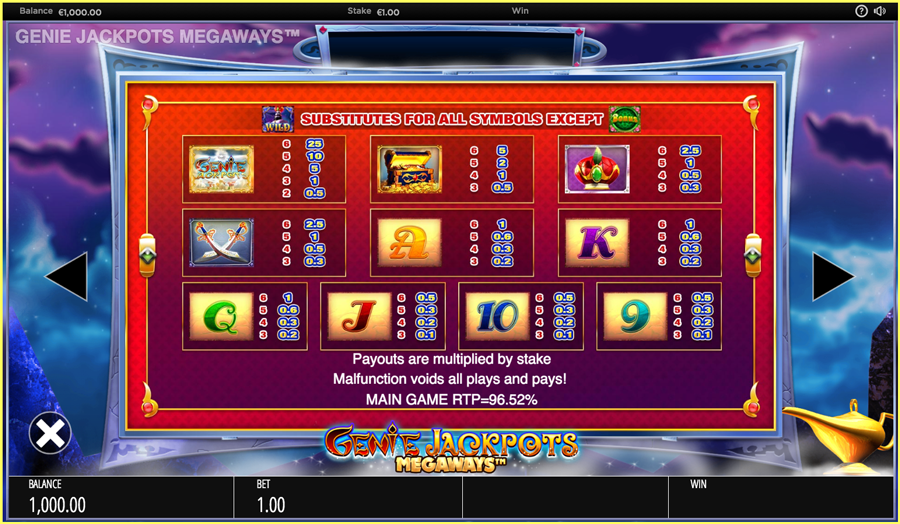 Genie Jackpots Megaways has an RTP of 96.52% and its firmly in the high variance category. Upon testing it the first thing I noticed is that it’s the most beautifully designed slot Iv played to date, the graphics are sublime, the sounds are perfect and there’s so many little details in every graphic, it’s truly stunning to look at. Iv seen some players/streamers already slating the game but I remember hearing the same comments when Danger High Voltage was first released and now look how popular it is, I believe this will be a hit in the months to come and sets the bar for graphic designers of other slots, I highly recommend it and if you want a go yourself theres a link below for a non sticky bonus of 200%, thanks for reading and may all your wishes come true!