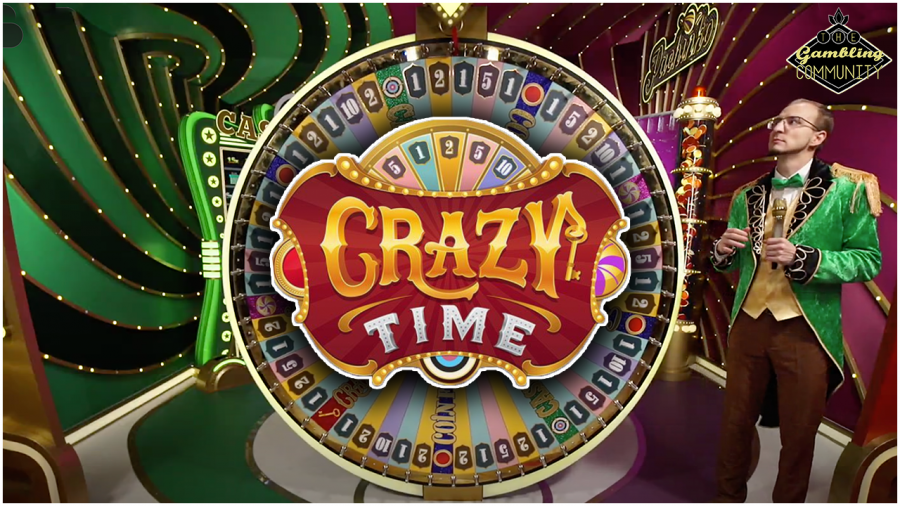 Crazy Time is Evolution Gamings latest addition to their portfolio of live casino games. It was billed at ICE 2020 as the most exciting new live casino game to come in 2020 and boasts four new bonus rounds rather than the solitary one in Monopoly Live. For anybody familiar with Dreamcatcher and Monopoly Live this is basically the third instalment with more bells and whistles and one of the largest wheels you will ever see in the Crazy Time feature round!

Crazy Time uses a 54 segment vertical wheel and before each spin a multiplier is added to one of the awards from a top slot fruit machine above the wheel as shown below. 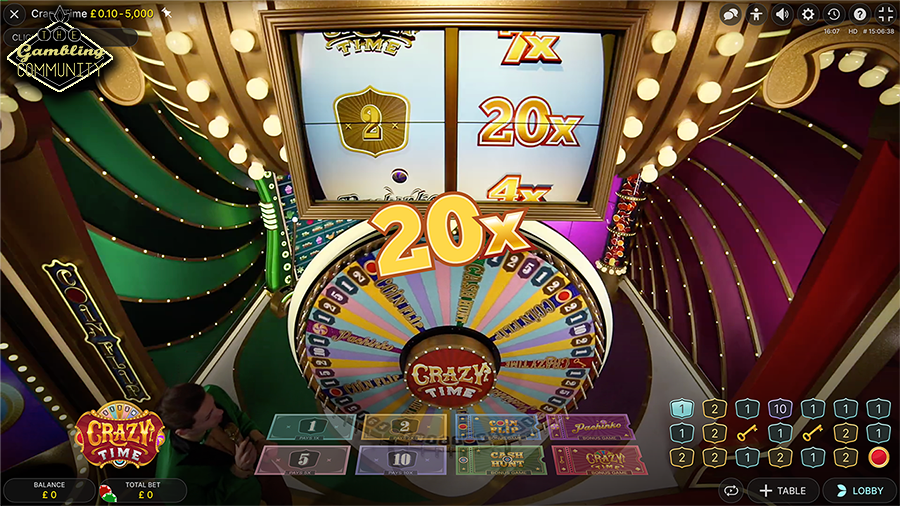 If the multiplier lines up with the middle line on the top slot it’s added to the wheel, if it doesn’t line up there’s no multiplier that round and the presenter will continue to spin the main wheel. The largest multiplier I have seen is 100x so there’s scope for some huge wins.

Crazy Time has 4 different feature bonus rounds on the main wheel along with 1x, 2x, 5x and 10x sections like its predecessors had. Evolution claim the player will hit one of these rounds on average every 6 spins which makes it a lot more engaging for the players and certainly more fun to watch for the viewers, let’s take a look at these rounds in more detail.

The Pachinko bonus has a large multiplier wall with 16 spaces below for multipliers and doubles, before each drop a random position will be chosen for the presenter to drop the puck into, the puck will then fall and land in one of the positions below. If it lands in a double space the multipliers are all doubled and the puck is dropped from a new random position, this can happen an infinite amount of times until the max multiplier of 10,000x is reached! You can also be awarded a rescue drop randomly should your first drop return 4x or less. 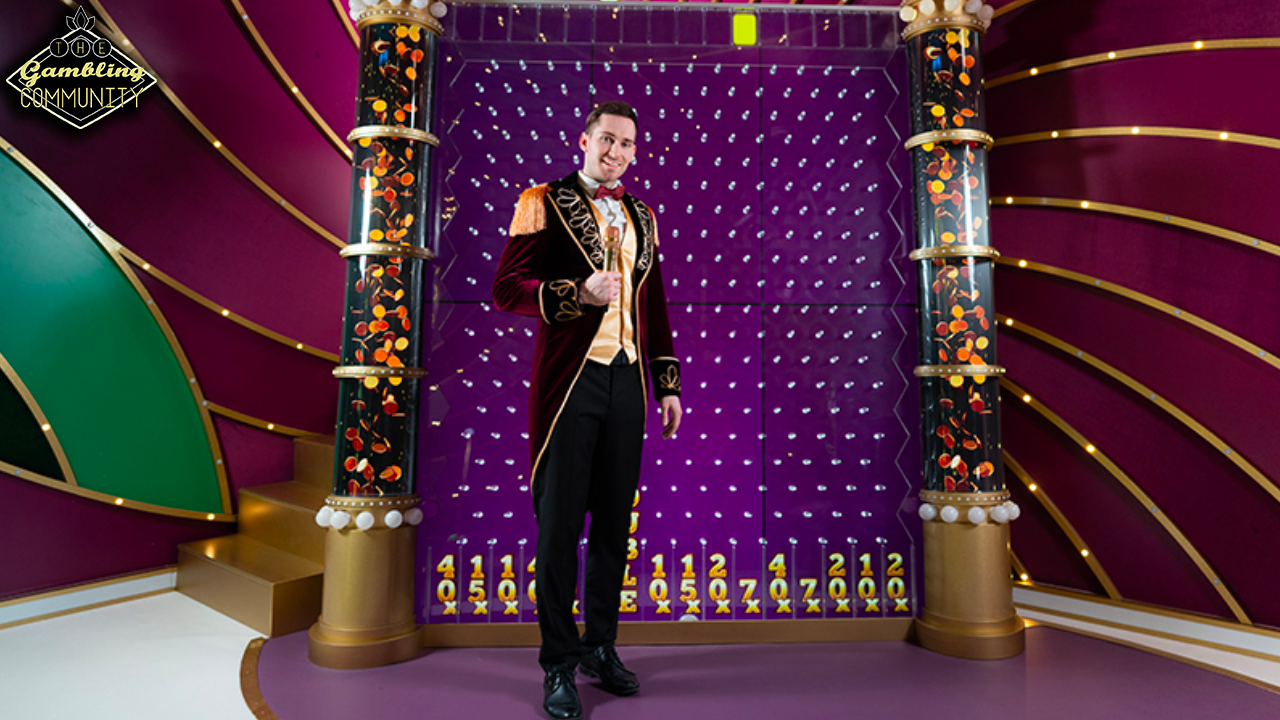 In the Cash Hunt bonus there are 108 random multipliers hidden behind various objects, this is one of the two interactive bonuses in Crazy Time where you actually get to pick the item you would like to reveal, if no decision is made by the player then a position will be awarded randomly. Get a 20x multiplier and a 100x item and you can see how easily 2000x stake is realised! 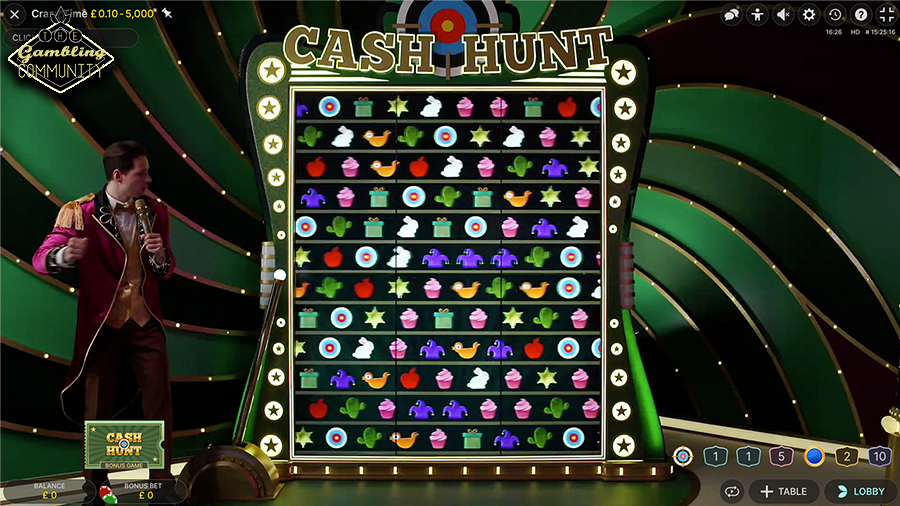 Coin Flip is the easiest of the features to land as it has 4 spaces unlike the other features that have 2 and of course Crazy Time which has just the 1 spot on the wheel. This feature is essentially heads or tails but with blue and red, the flip-o-matic assigns a multiplier up to 100x on each side and the presenter pushes a button to flip the coin, it’s that simple! The maximum win on this feature is 5,000x stake as you could have a 50x multiplier on the top slot and then 100x on a coin, still pretty decent! 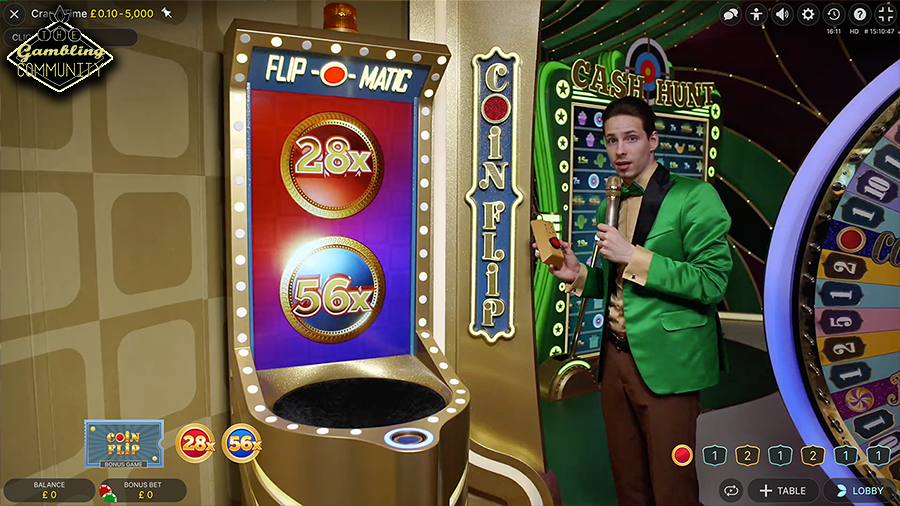 Now we get to the main event, the Crazy Time wheel. Once this feature is won you get taken by the presenter to this huge 64 segment wheel shown below and you also get to pick one of three flappers! 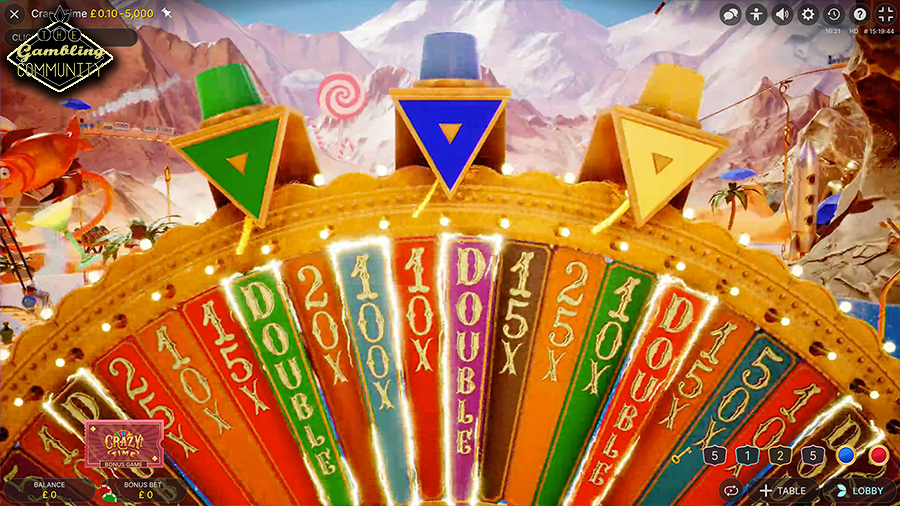 The wheel is spun and you win the segment your flapper lands on, should a flapper land on a double or triple segment, the wheel is re-spun for those particular players that chose it with the increased multipliers! This can happen an infinite amount of times until 20,000x multipliers fill the wheel, all double and triple spots will then also be turned into 20,000x multipliers and you’ll probably know what you’re going to win that next spin, yes, the Jackpot!! 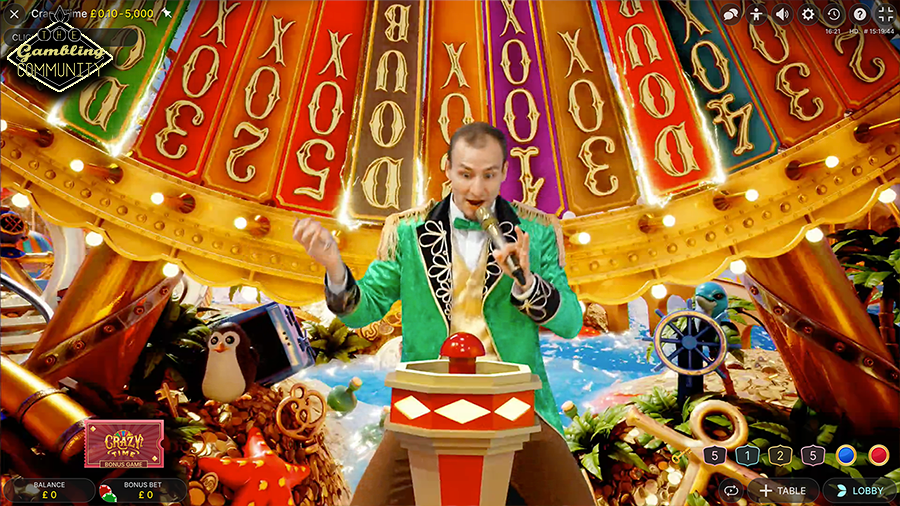 It’s also worth adding the presenter felt inclined to head butt the button on every double or triple spin for good luck!

Crazy Time has an RTP of 96.08% when played optimally and of course its in the super high variance category. You may have a 1 in 6 chance of landing a bonus round each spin but that doesn’t mean you can’t have 20+ spins in a row that land on 1x so it should still be treated with the same caution the other wheel games are. The bonus rounds were fun and they seemed to pay better than Monopoly Live and the features feel more involving as a player, only time will tell but I think we will see some eye watering win’s on Crazy Time in the near future and I will certainly be playing until I get that big wheel!

As always, thanks for reading and if you fancy a go the game is live at Casumo right now, good luck!