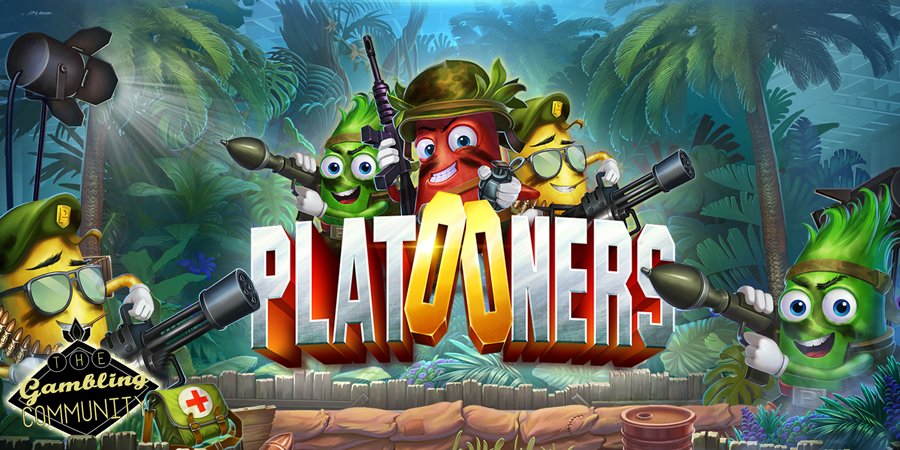 Platooners is a new release from Elk Studios, the makers of Electric Sam and Hong Kong Tower. The slot’s set in the jungle with 3 strange looking fruit characters that are out to catch and destroy a snake, but not just any old snake, a snake of fortune who is made up of coins, grenades and health packs. It’s a unique theme and I’m keen to see if it has a low potential and variance like Electric Sam or if Elk have upped there game to keep up with the demand for higher variance, lets lock and load and hunt down that snake!

Platooners is a 5 reel 4 row slot with 178 fixed pay lines, there are 3 base game features called action spins and these randomly trigger after any spin. The first one is rockets with the green soldier, reels 1 and 3 are covered with identical symbols and you hope that this matches at least reel 2 for a win! The second feature is grenades where the red soldier adds wild symbols to reels 3,4 and 5 for that spin, again if reel 2 doesn’t match reel 1 you win nothing! The third and final mini feature is bullets where the yellow soldier generates a 5 of a kind winning line from one of the symbols from reel 1, this is the only mini feature that guarantees a win every time. 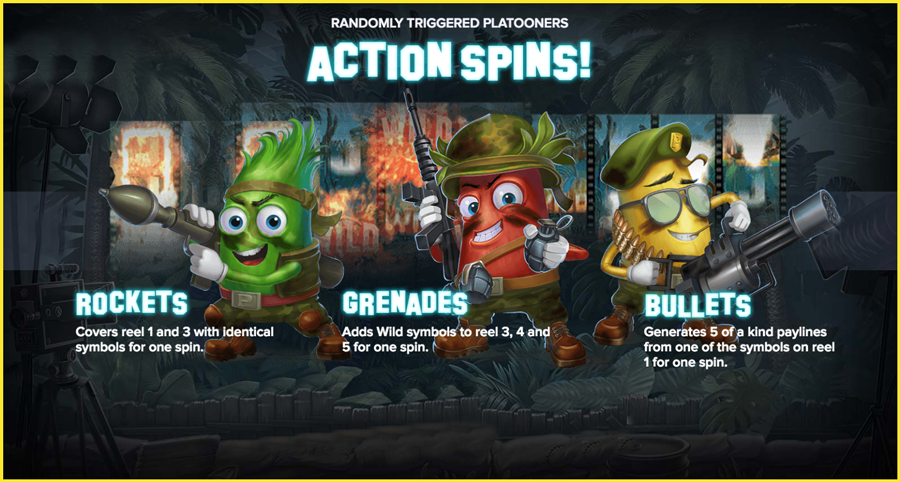 The main feature is activated by landing at least 3 of the snakes head scatters and for each extra scatter you land you will be awarded another of the 3 soldiers during the feature. The feature doesn’t involve any free spins like we’re accustomed to with most slots, a snake appears in the middle of the screen with a tail made up of coins, the platooners proceed to fire away at the tail and each time a coin is destroyed more money is added to your total win. After several coins you get to a question mark symbol that hides a bigger win and sometimes extra ammo for your soldiers, when all ammunition is used the feature ends, similar to the feature in the old Netent game Aliens.

This feature may sound pretty tame but it’s actually a lot of fun to watch the little soldiers blasting away at the snake while you anticipate whats behind the next level. It’s also worth noting you can win up to 2500x which doesn’t sound huge but it’s very doable and much more likely to happen than winning 2000x on Electric Sam. 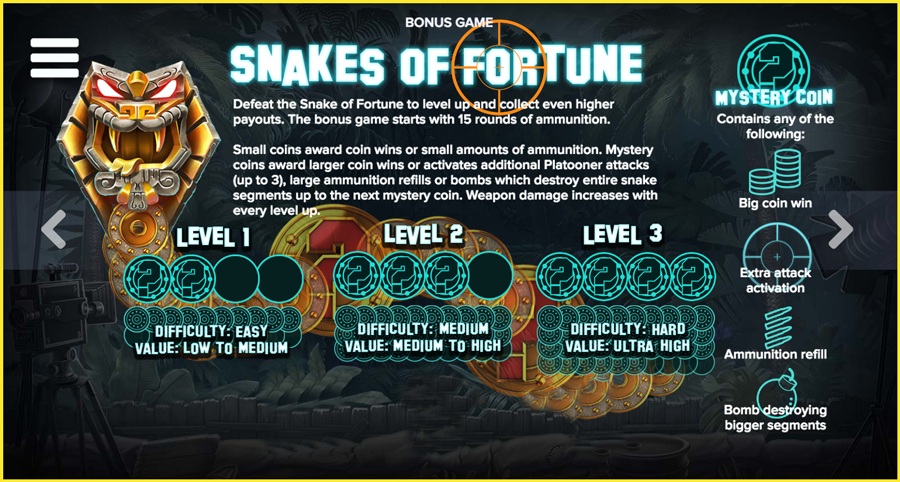 The game plays with 100 coins regardless of your bet size, so if you were playing with a £1 spin the wins displayed below would be multiples of a penny, so for 5 of a kind of any of the letters you’d win 1.2x your stake. Jumping to the premium symbols its 5x for the knifes and 10x for the dog tags, not a great amount by any stretch of the imagination but it really is the feature you play for in this game, the base game hits are purely to keep you spinning! 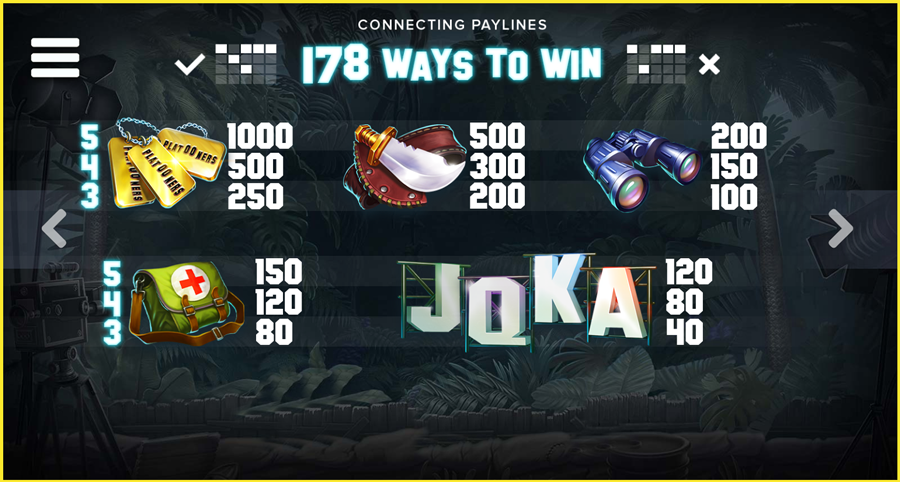 Platooners has an RTP of 96.3% and I’d class the variance as medium with the max win capped at 2500x your stake. Being a fan of high variance I didn’t think I’d enjoy this slot but I actually ended up having a good time playing it! The snake of fortune feature is the only reason you’d be playing this and it could be a good game to hit and run once you get the feature as you have a very decent chance of winning more than it cost to get. There’s a link below if you fancy giving it a spin and as always thanks for reading.