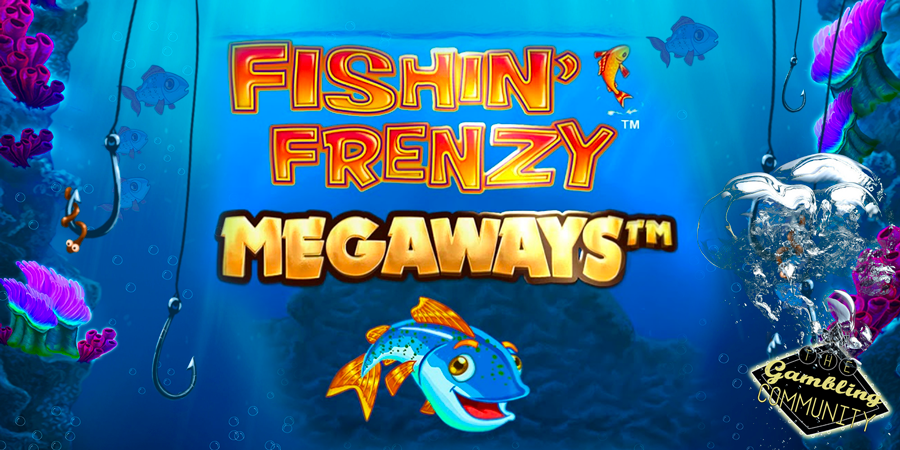 Fishin’ Frenzy Megaways is the latest release from Blueprint and it utilises the Megaways engine from Big Time Gaming, this would normally not be of huge interest with the sheer amount of Megaways games available on the market at this specific moment in time, however in this instance they’ve added it to an old classic that most of us love to hate!

Fishin’ Frenzy Megaways has a 6 reel setup with a maximum amount of 15,625 ways to win whilst the original only had 5 reels by 3 symbols and just 10 pay lines, in theory this means we may actually get to see Fisherman Frankie make an appearance during the bonus and catch some fish!

The base game on Fishin’ Frenzy Megaways is very similar to the original game apart from the fact there are so many new ways to land the fish, like the original game we want the bonus round which is why Blueprint have also added the option to buy the feature for 100x your total stake, it’s not an option I’ll be taking as I’m testing this with real money today! 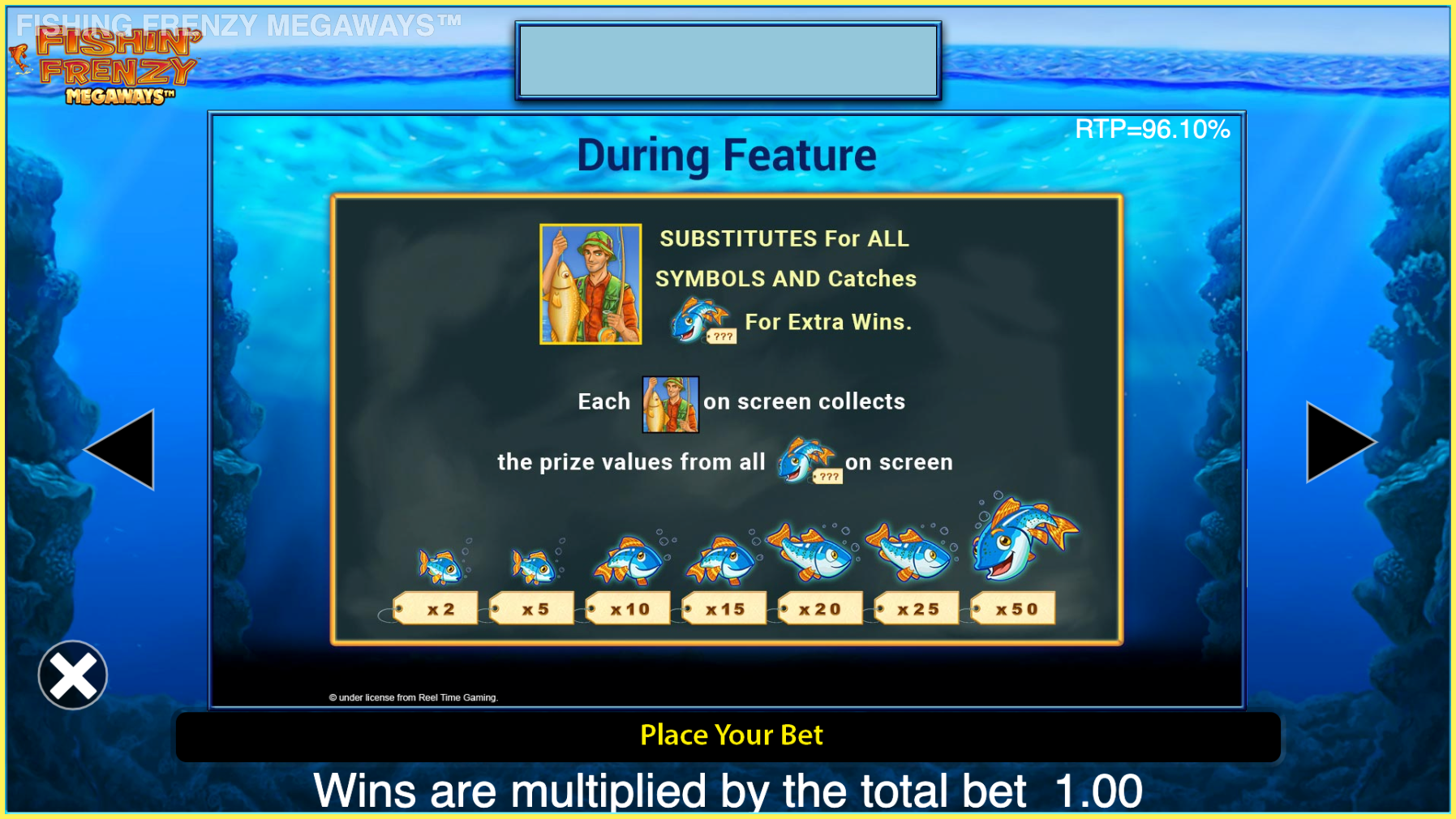 To start the feature on Fishin’ Frenzy Megaways you need to land at least 3 of the fishing boat scatters and you then start the free spins. 3 scatters awards you 10 spins, 4 awards 15 spins, 5 awards 25 spins and if you do the unthinkable and land all 6 scatters you get a whopping 50 free spins!

For those unfamiliar with the feature on the original game you have lots of fish symbols ranging from 2x your stake all the way up to 50x your stake and these pay between 1x and 10x when you get a mixed line of them in the base game but during the bonus they become “catchable” scatters on top of the base win which is where the potential lies with all these new ways. All you need is a fisherman to land anywhere on the reels and he will reel in all fish on the screen and you win the fishes true value, if more than one fisherman land on the reels you get everything twice!

Below is a screenshot from my second bonus and as you can see he reeled in a £500 win on the very first spin! 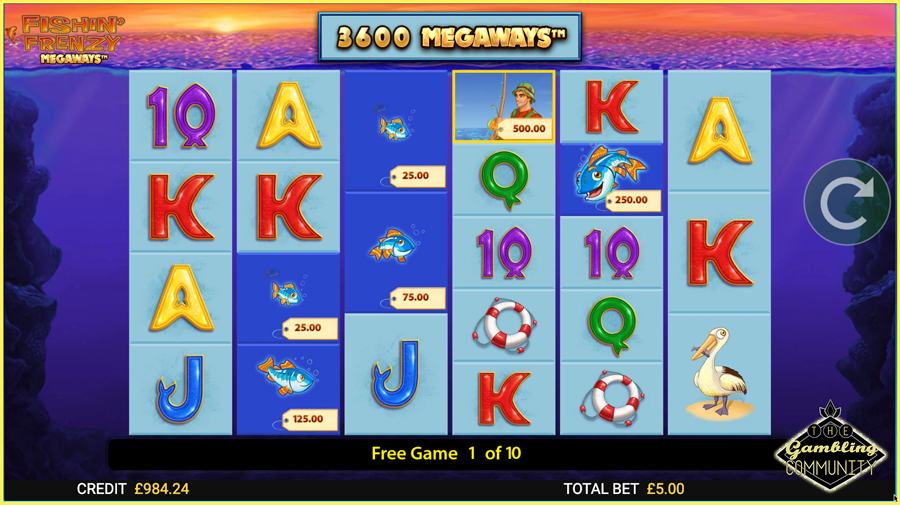 The paytable in Fishin’ Frenzy Megaways is straight forward and to the point and all wins are displayed as multiples of your total stake. The lowest symbols are the 10’s, J’s and Q’s which pay 2.5x for a full way, the A’s and K’s pay double this at 5x, the tackle box and life ring pay 10 times this at 50x, the fishing reel comes in at double this for 100x and the greedy Pelican pays a very respectable 200x for a full way. Now considering the potential with the actual fish during the bonus this paytable is very respectable, time will tell but I think this will be a lot more popular than its predecessor which is a rare occurrence with games of any genre. 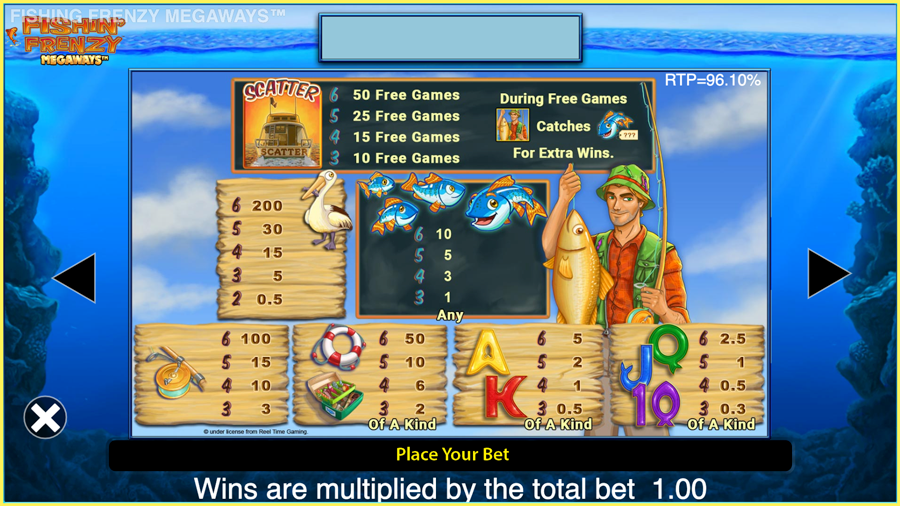 Fishin’ Frenzy Megaways has an RTP of 96.10% and its safely in the high variance category, the graphics and sounds were all very similar to the original game which I think was done by design rather than lack of effort and it works well. I was testing this game with real money so I only played for a couple of bonuses but I left the game substantially up and I think I was never more than 30x my bet down at any one point so I’d be happy to recommend it for now. Thanks for reading and if you fancy giving it a spin theres a link below.