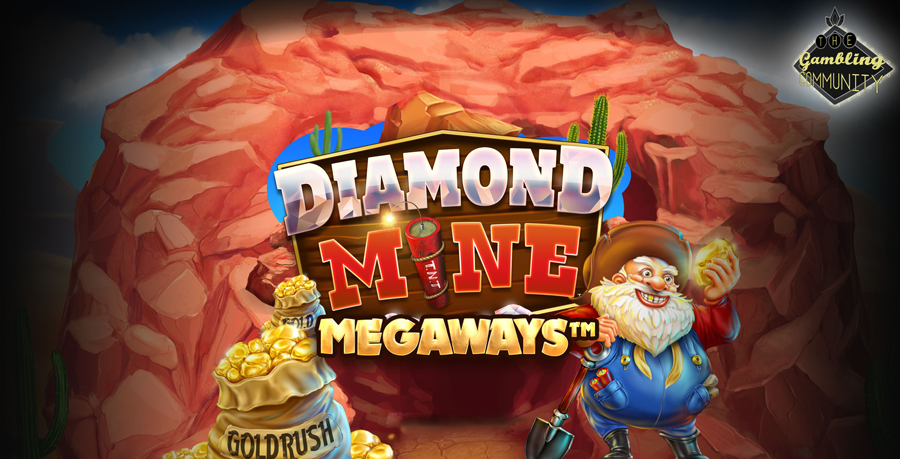 Overview Of Diamond Mine

Today’s review is Blueprints latest slot Diamond Mine, which is there first offering using the newly licensed Megaways™ from Big Time Gaming. I was keen to see what Blueprint have done with the new format as there slots are historically 20 lines, so this is a big jump for the provider, will it be a massive hit or will it leave the players shafted! Lets take a closer look.

Diamond mine has 6 reels with varying amounts of ways you can win which top out at 117,649 ways, theres 6 reels and it looks awfully familiar, in fact it looks exactly like Bonanza from BTG. Now upon playing it, it has the same format where winning symbols explode and more symbols cascade down until you don’t get a winning combination, the only other feature in the base game is the TNT barrel symbols that land randomly on some reels, these explode to reveal any of the symbols apart from scatters.

To get the feature you need to land 4 of the gold bag scatters which again is exactly like Bonanza, during the feature your multiplier builds up from 1x everytime you get a win so that’s an F for originality so far, let’s check the paytable and see if it differs at all 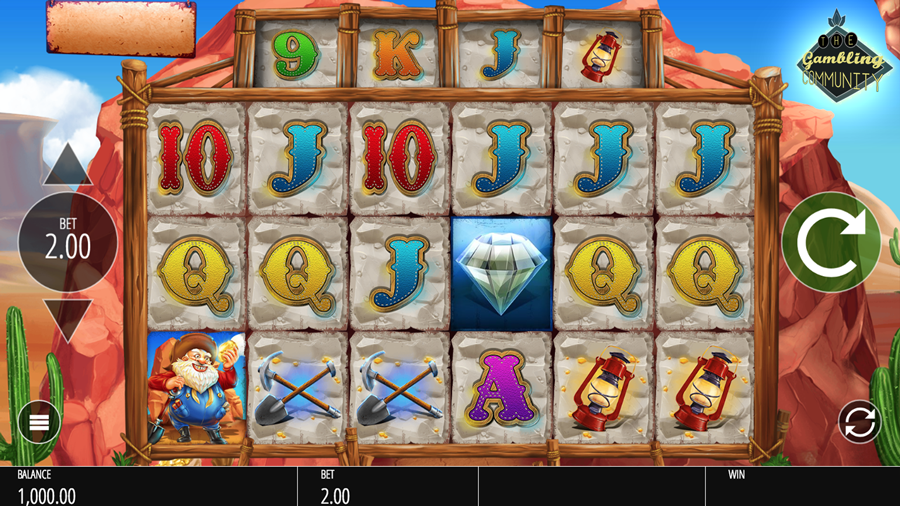 The paytable isn’t dynamic as it shows your win based on multiples of your stake, the lowest paying symbol is the nine which pays 0.8x your stake for 6 of a kind and at the other end of the table you have the diamond which pays 50x your a stake for a full way. This paytable is identical for every symbol payout as Bonanza, it’s a total clone which to be honest put’s me off the slot from the start, if I wanted to play Bonanza Id play it, like I said before I don’t mind clones as long as the theme is changed as it warrants the reason for doing it by the provider. This is just lazy and in my opinion feels like a poor mans version of the BTG original. 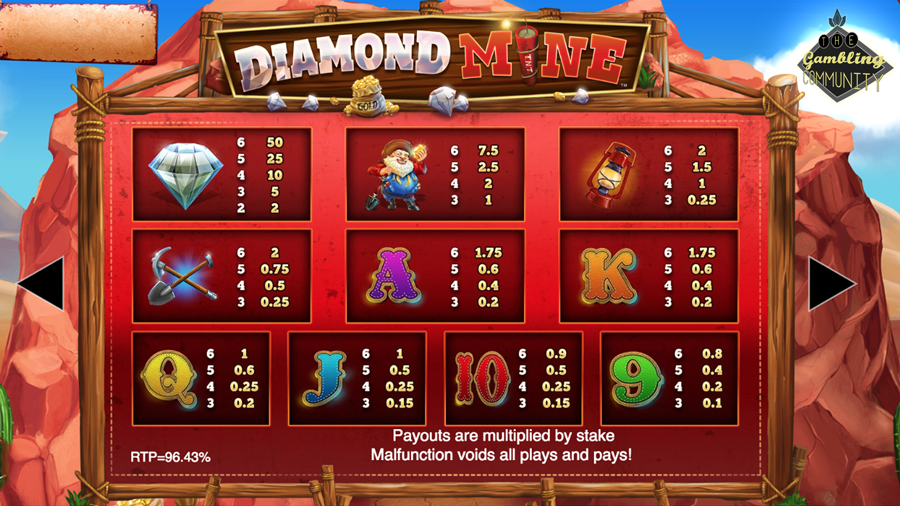 Final Thoughts On Diamond Mine

The RTP is 96.43% which is slightly higher than the Bonanza RTP of 96%, I presume this small amount of extra RTP must be from the exploding TNT symbols although it’s still not a good enough reason for me to play it, if they’d copied the maths and the mechanics of Bonanza but made it a totally original theme then I might of considered playing it when I don’t fancy listening to the torturous music from the original, alas they haven’t and so I have nothing more to say about this slot. Blueprint you have been very lazy here, it feels more like you have licensed the game rather than the Megaways™ mechanics, thanks for reading and theres a link below if you fancy playing Bonanza in a different dress.