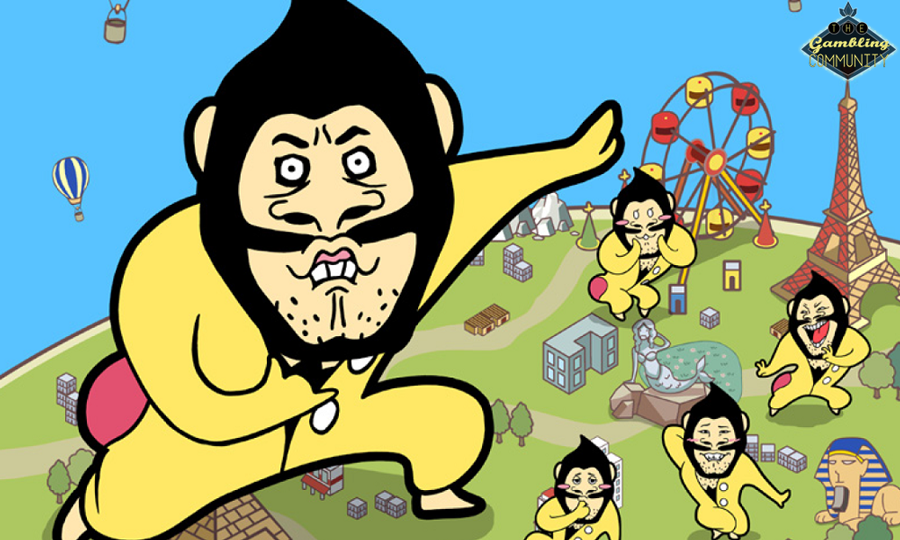 Simple, stupid fun, goes the tagline of this latest release from Microgaming – and who couldn’t use a little more of that? Poke the Guy is an upcoming new release that’s destined to hit the 32Red casino pretty soon – but this is no standard slot.

Instead, Poke the Guy offers a more unusual approach to gaming action. Like a mini-video game, this off-beat gem lets you save the world from the scourge of an unlikely giant run amok, referred to a touch vaguely as ‘The Guy’.

So The Guy stomps malevolently around a map that features what looks like the Eiffel Tower, Egyptian pyramids and a sphinx, and even a Mount Rushmore-style mountain range – and you have to stop him. 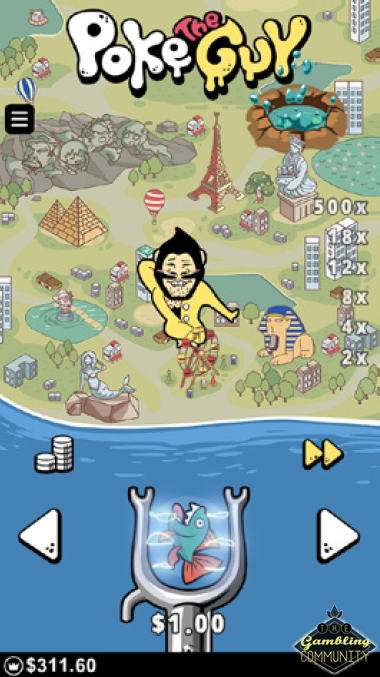 Do so by throwing a variety of items at the Guy – each throw you aim in the giant’s direction counts as a bet. Successfully hit the Giant, and you’ll earn a random payout – and incredibly, there are multipliers that go up to x500!

Simple to play, and with potentially massive prizes to be picked up, Poke The Guy is a really fresh addition to the casino that’s well worth tracking down if you fancy a chance from the more conventional slots.

The wacky graphics will put a smile on your face, and the gameplay is challenging without being frustrating. Smartest Guy in the room? Could be…