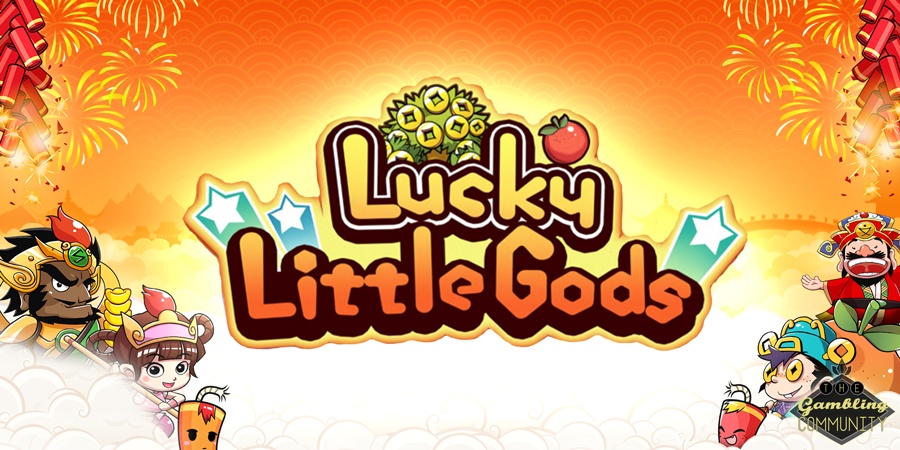 Lucky Little Gods is a new game from Microgaming and I was interested to try it as it looked to have familiar features to another favourite slot of mine, Bust The Bank. It has a distinctly Chinese theme with the 4 little gods and a temple in the background, lets take a closer look and see if the little gods are lucky for us.

Lucky Little Gods has a 5 x 3 reel setup and pays 243 ways which Microgaming are well known for, during the base game you have 3 random activated mini features with the first of them being a little money tree that can appear on reels 1 or 5 and award between 1 and 15x your stake. The second base game feature is when 2 gods fly past the bottom of your screen and award between 4 and 40x your stake. The final one is a treasure pot that can land anywhere on the middle reel where you are guarenteed a win of at least 20x and up to 100x!

The main feature is awarded by landing 3 dynamite scatters which explode turning reels 1 and 5 completely wild, you then have 8 freespins where you’re looking for the 3 middle reels to match giving you 9 complete 5 of a kinds, each scatter that lands in the freespins also awards 1 extra spin.

It was at this point I realised the game is identical to Bust The Bank, digging further into the paytable my suspicions were confirmed, that’s not a bad thing but it means most people will already be familiar with how the game plays and what they want to land in freespins. 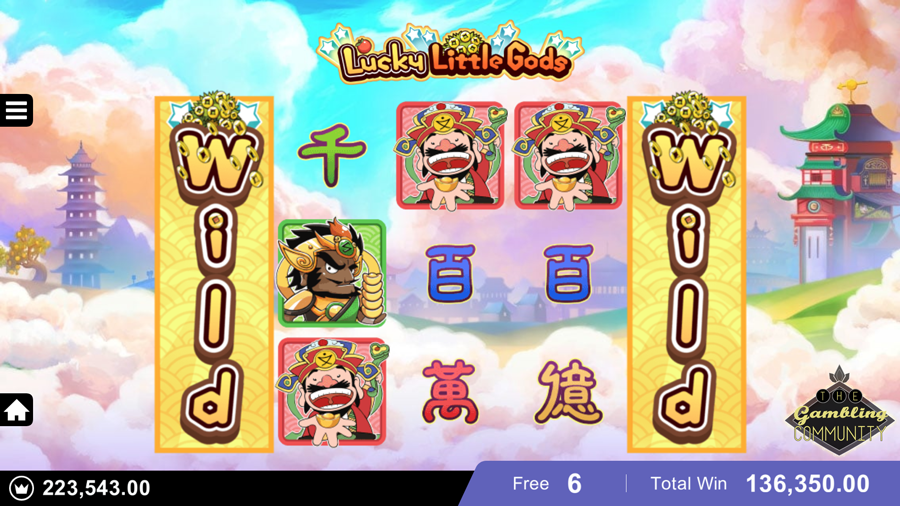 Above is a screen I grabbed when testing where I landed the Jackpot, 3 top symbols on the middle reels for the max payout in a spin of 450x! This is not common in Bust The Bank so to land it on my first feature while playing on demo was rather frustrating as that probably wont be landing for me again in a long long time!

The paytable is dynamic and adjusts with your bet size and the screen below was based on £3 per spin. We have the low paying Chinese symbols paying between 1.6 and 5x for a full way, the pink girl pays 5x, the blue boy pays 10x and then we have the top 2 premiums which pay 33.3x and 50x respectively for a full way. These are the 2 you’re going to be looking for in the feature just like Bust The Bank, think of them as the fat and thin robber. You can also win 50x for 5 scatters. 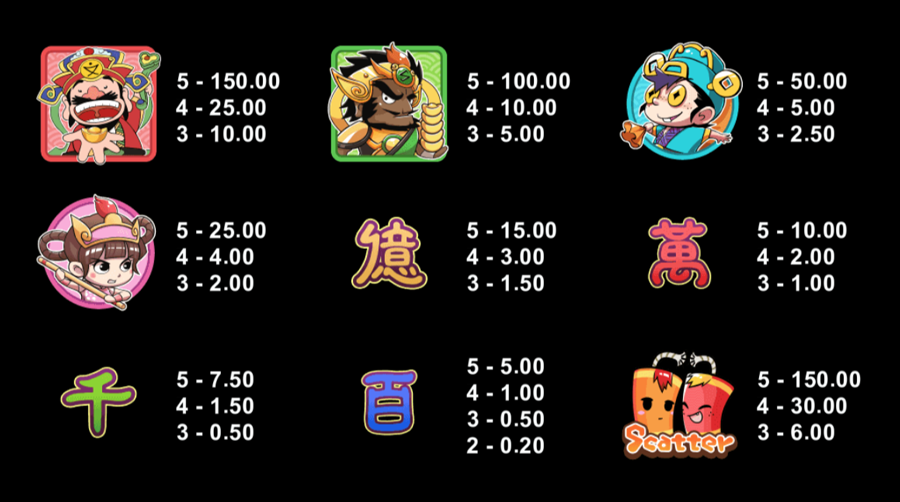 I would class Lucky Little Gods as medium/high variance and the RTP is 96.75% which again is identical to its former clone, I have no problem with a game using the same mechanics as an older game especially when it’s one that Iv always liked, after all Thunderstruck 2 and Immortal Romance are basically the same game but its easy to enjoy both as the themes are very different, this is the same for Lucky Little Gods.

Im sure I will play it in the future and Im confident you will see it more often on streams, if you fancy trying it out yourself theres a link below and as always thanks for reading and good luck with your spins!