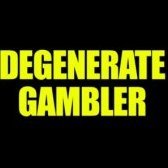 Stopandstep has a channel to help the UKGC